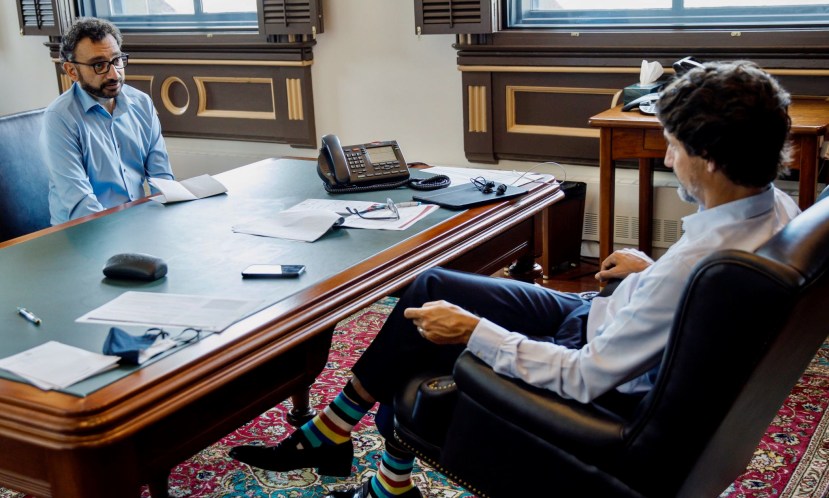 Regardless of political affiliation, most Canadians will be in agreement that our nation is changing at lighting speed. Events which ten years ago would have raised a collective gasp today barely register on the social radar.

Thirty additional churches in Canada have been burned to the ground in past weeks. Media have labelled the burnings as acts of arson in response to the discovery of graves found beneath Indigenous residential schools.

Cultural Action Party are not here to question the validity of the claims. What we will focus on is reaction to these recent events. Curious it is to witness government response to the situation.

Prime Minister Justin Trudeau has labelled the church burnings “understandable.” Conservative Party Leader Erin O’Toole condemned the actions. Yet, what is unusual is not public statements from politicians–but rather the collective silence from within Canada’s political arena. It is here we uncover a giant mystery:

There are 338 members of Parliament. The number of Provincial MLA’s across Canada include some 700 individuals. On a municipal level, we have at least 100 city mayors, and some 500 city councillors.

As our elderly generation will recall,  Canada was founded by British and French-Europeans. Nearly all were either Catholic or Protestant. Every prime minister in history has come from these two denominations.

As such, Canada’s general population was for 90% of its history of Christian heritage. Fast forward to 2021 society, and some 70% of politicians–as well as the public– are of Christian extraction.

And yet none have a problem with the torching of forty Christian churches?   Holy Cow– is this not the odd-ball occurrence of our time? Think it over, fellow patriots– not a single MP that CAP is aware of has stood up and publicly condemned the arson attacks in clearly defined terms.

What does this say about the state of our society? Plenty, to be sure. The very reason why establishment media’s lips are sealed in this regard.

Let CAP draw a salient conclusion: there is something horribly wrong with Canada at this point in history. It is also at this point that the leader of our nation is a Trudeau family member. In this fact is found the seed for the “hour of our discontent.”

Naturally, if media refrain from positioning the current attack on Christianity in the manner referenced herein, then they do not have to answer the most pertinent question of all:

Why is it that a collective silence on the church burnings exists? From St. John’s City Hall to Ottawa, onward to the provincial legislature in Victoria, B.C. Silence is the order of the day.

Therefore, it is up to fringe players like Cultural Action Party to offer speculation:

— Canada is in 2021 an anti-Christian society. Our government is not anti-Sikh or anti-Muslim— these religious communities are sanctioned as acceptable, and worthy of advancement throughout our nation.

— Someone must pay the cost for historical racism. The fact that it is historical indicates that contemporary citizens are not responsible for the oppression. This is to be overlooked entirely by media as instructed by government.

— Our nation is earmarked for a transformation in governance. Democracy is to be eroded, and replaced with neo-communism. As such, “Old Stock” citizens– Anglophones, Christians and such– are to be marginalized within post-modern society.

And then we have the most insidious reason of all– to support Christianity is to advocate racism. This Justin Trudeau accomplished by synthesizing the Christian faith with persecution of Aboriginal Canadians— so perfectly manifest in the residential school discoveries.

Bottom-Line Result: Canadian politicians at all levels refrain from speaking against church burnings because they do not want to appear racist–a death knell for any public figure in Canada.

See what tricky Trudeau has done? He and his scheming backers have elevated the issue of race to the level where it is today controlling Canadian society.

Racism is no longer a social phenomenon– but rather a neo-totalitarian weapon to control all aspects of life in our country. Such are the manifestations of Trudeau’s nascent proclamations of a “sunny ways “society.

Oh Canada– you have been successfully swindled.