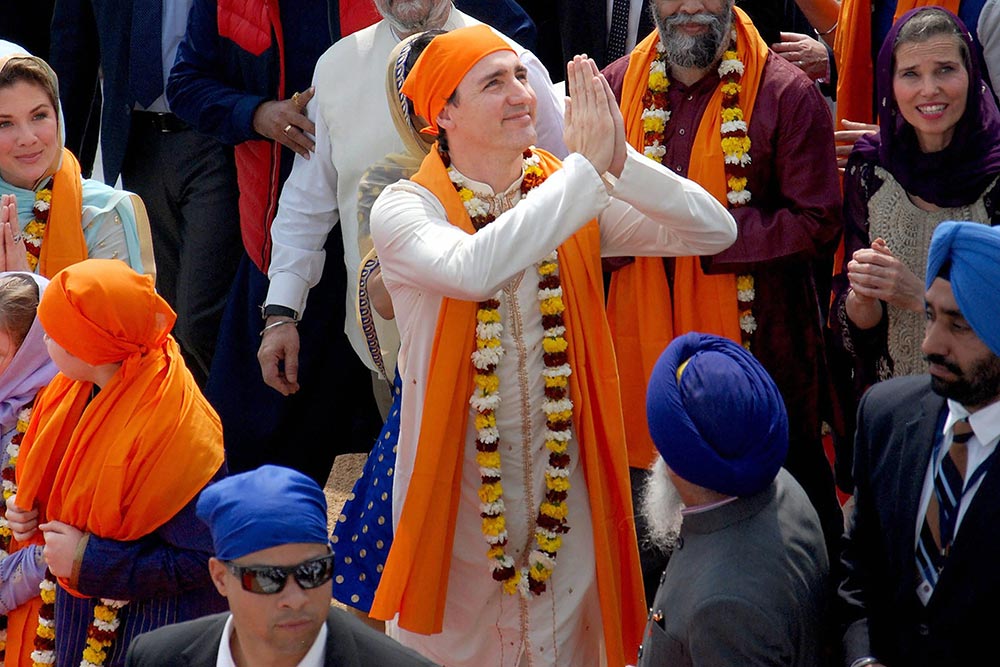 A Canadian report predicts dramatic changes in our country’s religious make-up by the year 2036. The proportion of Christians that averaged 90% in the 1981 Census and is currently 63%, is projected to fall to about 52%.

So said Statistics Canada in 2017. Here we are 2021, and the degree to which mainstream media have reflected these trends could fit on the head of a pin.

Blacklock’s Reporter— no doubt an organization both government and media could live without– have delivered the following:

From 1996–2019, figures on various religious groups’ share of the total population indicated:

No wonder CBC shy away from data of this nature. If they did not, Canadians would come to understand why Prime Minister Justin Trudeau spent the past six years pandering to these communities. They are in major growth mode, while Christianity and Judaism are shrinking.

No PM in history can match Mr. Trudeau for shunning Christian-Canadians. Now we see why– there’s no future for the religion. On this basis, an astute observer might conclude that Trudeau’s social equality game is hollow as heck. What he is really after is what Cultural Action Party elucidated from day one.

Justin Trudeau is hell-bent on establishing a Liberal “dictatorship,” and he is using immigration policy to accomplish his goal. For this purpose, government is committed to importing 1.2 Million migrants over a three-year period. Repeat the process for 30 years, and then take a look at Canadian demography. Our calculators say this equals 12 million new arrivals.

Here’s a real gem, as reported by Western Standard Online:

“As late as 1985 there were so few Muslims in Canada the religion was categorized as “others” in a federal survey. The postwar population of Muslims was so small StatsCan’s predecessor agency deleted “Muslim” from its 1944 Census questionnaire.”

Have you heard the news? The province of British Columbia recently declared the month of October as “Islamic Heritage Month.” Not to be outdone by Ontario, the B.C. government made a decision to establish a month-long celebration of a heritage that doesn’t exist. Never mind the facts– we are living in Justin Trudeau’s “no core identity” Canada– government make it up as they go along.

So Christianity is flying the path of the Dodo bird, while religions of the 3rd World are doubling and tripling. On this basis, Canadians must always remember that our society is racist, bigoted and xenophobic.

Our prime minister says so. Ditto for NDP leader Jagmeet Singh. Government-funded multicultural organizations insist on it. Professors and “experts” continually profess it to be the case. Of course, establishment media are all over the concept.

Where does it end? For CAP, a most critical question. No wonder media have not a shred of interest in discussions of this nature.

The most probable answer being that it doesn’t end. Will our Anglophone communities still exist as the fall-guy for Canada’s social tribulations as we move to a minority community? Is there any social or political force which could overcome the omni-present tidal wave of Woke culture?

If CAP didn’t know better(we don’t), we would conclude that Canada has been locked into an agenda of marginalization for our “Old Stock” communities.

And to think all this grew from a seed planted in 1971: ex-Liberal PM Pierre Trudeau’s enforcement of multiculturalism on an unsuspecting society.