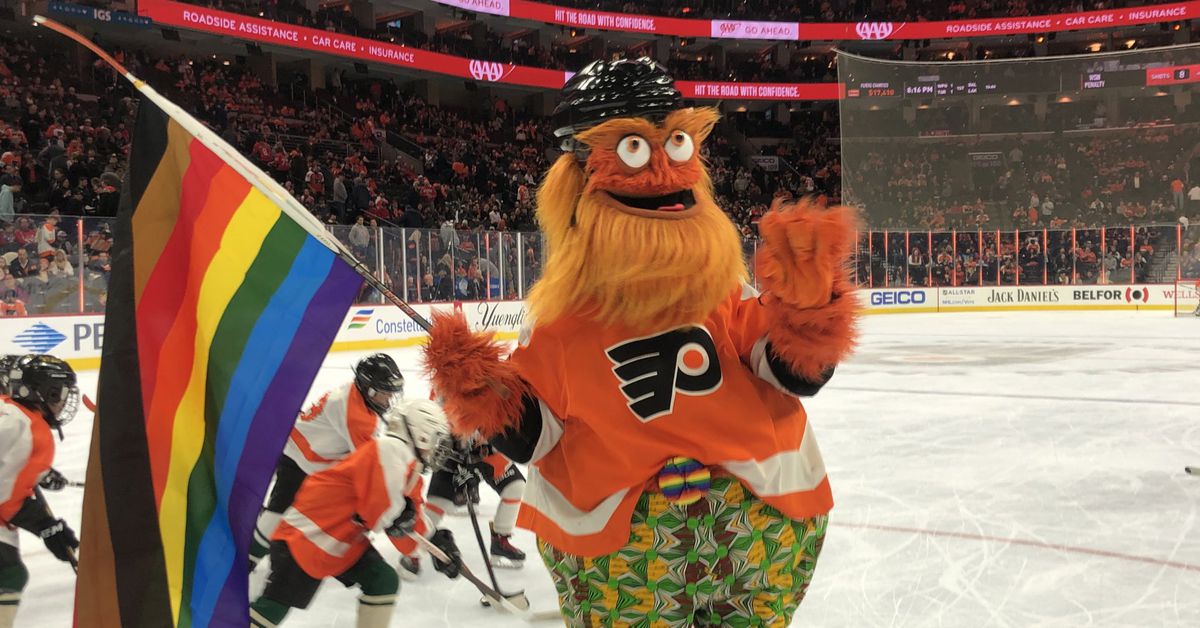 In lieu of a professional hockey players refusal to bow to the woke gods of LGBT, American Media commentator Charlie Kirk says “the National Hockey League has been taken over by the LGBTQ mafia”

CAP will not disagree. It’s not the first time such a situation has developed. In 2020, the NBA got into politics by integrating the Black Lives Matter movement into their business model.

Although media refused to say as much, the event was post-modern in nature. For the first time, professional sports went political. Expanding beyond their traditional purview, the NBA began to delve into the world of racial politics.

“Philadelphia Flyers defenceman Ivan Provorov cited his Russian Orthodox religion as the reason he did not participate in pre-game warmups when the team wore Pride-themed jerseys and used sticks wrapped in rainbow Pride tape.”

We stand witness as a corollary to the NBA-BLM dynamic bubbles to the surface. To put it plainly, LGBT is the “new racism.” One has to wonder about the degree to which this post-modern suffragette movement has been manufactured.

Beyond this, we note a concern that has haunted Cultural Action Party since day one. This we call “creeping communism.” If one considers the historical trajectory in Canada over the past half-century, they may well come to an ominous conclusion.

Canada’s conversion to an authoritarian state began with ex-Liberal PM Pierre Trudeau. His opening of our doors to China, its money and its politics, kicked off our nation’s decent into neo-communism.

The Liberal Party of Canada’s relationship with China is one of the great untold stories in Canadian political history. Through this innovation, our education system–universities in particular– began to morph into Canada-hating Marxist entities.

Over the next few decades, establishment media was sucked into the socialist vortex. Much of the agenda was racial in orientation. “Social equity” became the buzzword of the day. By the 2000s, corporate business in Canada began to tow the racial equity line. An outgrowth of Marxist revolutionary dogma, race would come to define Canadian governance, as well as general society in the coming years.

The creeping of communism wouldn’t stop here. In 2020, it began to fill the stands of North America’s sports arenas. An offshoot of Hollywood political correctness manifest in the entertainment industry, Sports CEO’s like Adam Silver and Gary Bettman bit the woke bullet, utilizing their professional sports leagues to push the woke globalist agenda.

Upon which we arrive at Philadelphia Flyers defenceman Ivan Provorov. The man has committed no crime. Rather, he has exercised his freedom of conscience as is his legal right. Not good enough, say woke warriors of western media.

He must be dragged through the mud like a criminal and soundly dismissed by a cabal of post-modern biblical Pharisees.”

We hereby witness the creeping of communism into all aspects of North American society. It’s the way life works in China, and it’s where Canada is headed under the so-called “leadership” of PM Justin Trudeau and the Liberal Party.

And by the way, one has to wonder how the circumstances would play out had the hockey player been Muslim, and not a Christian.