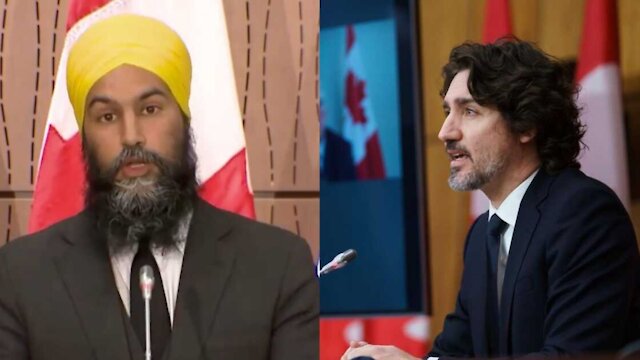 In early May, 2021, over one thousand people gathered together as protesters pulled down fences before clashing with police at a Canadian church  recently closed for breaching coronavirus lockdown orders.

Fences were placed around GraceLife Church, in Edmonton, Alberta after multiple religious services took place over the past few months, despite being prohibited by law.

For Cultural Action Party, the “church versus pandemic” is a critical issue. For the past five years, CAP has been advocating that Canadian-Christians must organize themselves politically. Several circumstances reveal the necessity.

Number one is our Liberal government’s attack upon the Christian faith. Mass abortion, assisted dying, LGBT promotion, Pride parades, transgender advancement–all of it advanced by “confessed Catholic” Justin Trudeau. Every bit of it antithetical to Christian principles.

Religions of the 3rd World— Sikhism and Islam in particular– tend to integrate politics into their communities. Recruitment for political candidates take place at Temples and Mosques. Religious leaders organize events to bus congregants to polling booths come election day.

Not so within the Christian community— at least nowhere near the same extent. Christianity and politics in Canada have always existed in separate silos. Thus it is that political power is manifest within specific religious communities, and not within others.

Social circumstances have radically changed in the five years since Justin Trudeau placed the crown of Canada upon his head. What mainstream media have refused to expose is simple in conception: without any form of public buy-in, PM Trudeau has transitioned Canada into a pro-Islamic society.

All three pillars of our nationhood– government, media and our education institutions–  are ideologically aligned in this capacity. These factors, as well as immigration, multiculturalism and diversity, are contributing to an extraction of  the “western” element from Canada’s historical identity as a western democracy.

If our Christian communities got wise to these concepts, they would adapt their world-view, as well as their behaviour. They have not done so– yet. As it happens, an unexpected catalyst may have arrived to push this forward– the Covid pandemic.

First, the bad news: Covid has led to a comprehensive crackdown upon Christian Canada. Churches shut down, fines handed out, pastors sent to prison. How odd it is that media have not once referenced the exclusive nature of these shut-downs.

Hello, CBC? Your board of directors has failed to recognize that Canadian churches are the singular religious institutions being harassed. Why the exclusivity? Why is it that Globe & Mail has not published a single sentence regarding the singularity of the Covid crackdown on Christian Canada?

A political observer could be devoid of fingers and still be able to count corresponding crackdowns on non-Christian religious gatherings. Simply put–there are none.

Christian Pastor James Coates recently spent a month in jail for defying the law as it relates to public gatherings based upon the Covid pandemic. Thus developed a series of in-person protests in opposition to his incarceration.

At a Calgary church in the province of Alberta,  pastor Artur Pawlowski informed media that “gestapo” local police officers showed up and began demanding parishioners leave their Easter celebrations. Over two million people clicked on a You Tube video of the affair.

Just two days ago, a third Pastor from the province of Alberta, Tim Stephens was  arrested, after months of “encouraging church congregants to break public health rules.”

Establishment media consistently under-report these developments. Like government, media doesn’t care for Christianity. Such is their role as fully-funded division of the Trudeau government. And yet, out of a tiny seed, big things can grow. Political organization among Christians–- although small in stature–as at least been established in the wake of the Covid pandemic.

CAP believe the passivity of our Christian communities must come to an end. Priests, ministers, pastors and other “people of the cloth” must move into the realm of political organization. If they do not, their faith is in big trouble. In fact, it already is.

Adapt,or die. Charles Darwin innovated the concept. The Christian church now has a choice– progress, or be decimated. The Great Reset era of Justin Trudeau is anti-Christian.

If community leaders do not organize their flocks on a political basis, Justin Trudeau’s “no core identity” agenda  will steamroll right over Christian Canada.