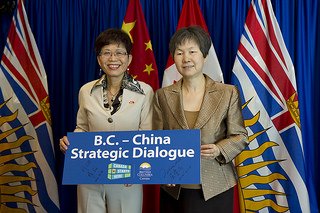 Chinese officials last week also announced a second reform alongside the end to the one-child policy that will allow qualified domestic investors with at least one million yuan in net financial assets to make investments in foreign markets.

Sal Guatieri, a senior economist at BMO Capital Markets, notes that this will have a massive impact on housing markets in the United States, United Kingdom, Australia and Canada.