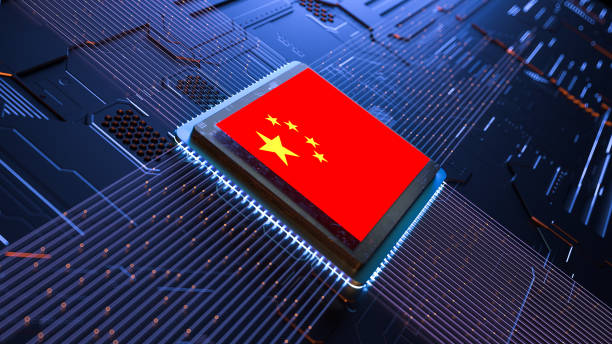 In late July 2022, the Vancouver Logistics Park opened its doors in Surrey, British Columbia after years of planning between the Chinese and provincial governments.

“To date, 80,000 square feet of the facility has been completed but the entire project will be a massive 470,000 square feet centre and will house exhibition arenas, warehouses and business spaces.”

“Beijing first proposed the project as part of its global Belt and Road Initiative, which seeks to spread China’s economic power via infrastructure developments and partnerships abroad.”

China’s “Belt and Road Initiative.” CAP challenge readers to think about how many times they have read about this colossal business project impacting Canada, as well as countries around the world.

One step away from never is the correct response. CBC, CTV, Globe & Mail, Toronto Star--all have chosen to sublimate what is arguably the biggest power grab in modern history.

Why would they do such a thing? Can it be that federal and provincial governments do not want Canadians to comprehend the nature of the beast?

“Construction began in 2018 after former BC Liberal premier Christy Clark signed a memorandum of understanding with the Chinese province of Guangdong.”

It is, in fact, the number one reason for a lack of affordable housing in B.C. Together with Minister of Multiculturalism Teresa Wat, Clark drove Chinese real estate investment in British Columbia from 2011-2017. Today, middle income Canadians can barely afford a home in urban areas of the province.

“Total financing and investment stood at $28.4 billion over the period, down from $29.6 billion a year earlier, bringing total cumulative Belt and Road spending to $932 billion since 2013. At least one-third of China’s ambitious Belt and Road Initiative (BRI) projects have run into major implementation problems due to factors such as corruption scandals, labour violations, environmental hazards,” cites a study by AidData.

In total, 147 countries throughout the world have joined the Belt and Road Initiative (BRI) by signing a Memorandum of Understanding (MoU) with China. The countries  are spread across all continents, with 43 countries located in Sub-Saharan Africa.

For what purpose? CAP go with a desire to swallow up the world’s natural resources. An August 13th, 2022 article published by the Globe & Mail reveals the Trudeau government’s contribution to the cause:

“China Has Encroached On Canada’s Critical Minerals Industry, With Almost No Obstruction From Ottawa”

“The business park, first conceived in Beijing, is to have four warehouses and two large exhibition halls — to be lined with Chinese and Canadian flags.”

To say nothing of colour coordination. Turns out the flags share a red and white colour configuration. How convenient it is. Ever take a look at China’s paper money compared to ours?  If you do, you will find an identical colour scheme shared by both nations.

Tong Xiaoling, the consul general of the People’s Republic of China in Vancouver, spoke of “how the warehouses could be instrumental in expanding trade between the two countries and, therefore, easing the cost of living for B.C. residents.”

Is this some kind of joke? It is investment from China which made housing unaffordable in the first place? Now, China is going to play Superhero and “ease the cost of living for Canadians.”

Do nothing for other countries, and everything for the good of the Great Communist Nation of China. Countless tales exist on how China has used and abused African countries in terms of mineral exploitation and natural resources.

Now, the communists own a half-million square foot facility in British Columbia. Perhaps all Canadian provinces will one day have these “cost of living-saving” behemoth warehouses.

All for the benefit of Canadians, of course.