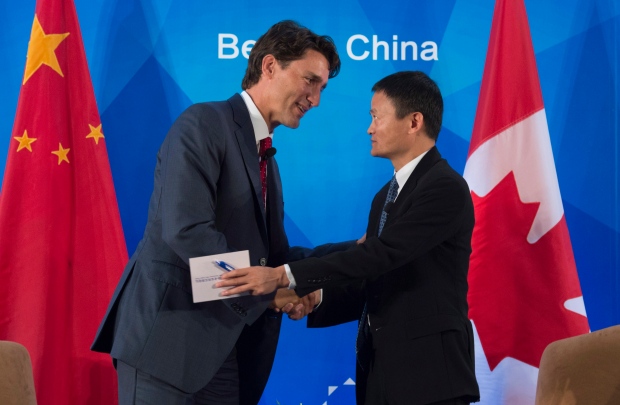 A recent article published by the National Post runs counter to media positioning on the topic of communist China:

Unexpectedly high Liberal vote counts in Vancouver and Toronto led Karamveer Lalh to conclude that “up to a dozen seats in heavily Chinese-Canadian areas may have been lost to the Conservatives due to Chinese-language efforts by pro-Beijing groups.”

Many citizens are likely unaware that Canada has a dozen seats in Parliament in which Chinese-Canadian voters can decide an outcome.  It’s not the type of information media voluntarily publish. As it happens, twelve seats has potential to sway an election toward one winner or another.

In one incarnation or another, Cultural Action Party has spent thirty years working to expose the relationship between the Liberal Party and the government of China. All the while, mainstream media negect to replicate our style. Still, as years and decades pass, news on the covert partnership has been seeping through the cracks.

According to Mr.Lalh, Canadian media and pollsters “often fail to grasp the electoral forces that play out within minority communities.”

CAP will amend the statement. Media and pollsters do not fail to grasp– they fail to report. The result being a fundamental of globalist success: Canadians do not discover the truth until it is too late to prevent it.

In plain language, China is after Canada. Not that we are an exclusive for the behemoth nation. What sets our country apart is found in a unique circumstance: our government has for decades perpetuated the development. Or to be specific, the Liberal Party has done so.

Knowingly, with intent–and with purpose. More than anything, this has secured a third term in office for Justin Trudeau and the Liberals.

Let us get a bit deeper. This circumstance is a giant. Not only have the Liberals permitted China to get its hooks into our society. The Trudeau government are emulating China’s form of governance.

In other words, communism has come to Canada. For as long as media hide this from 38 million citizens, we will not know how this came to be. Our citizenship will not comprehend that the source is ex-Liberal PM Pierre Trudeau. It was this person who first opened the doors for the government of China to penetrate the Canadian economy. It was PET’s immigration and multicultural policies that served as a springboard.

And it is his offspring who drove the structure into high gear. No wonder media have for half a century hidden away these concepts from public knowledge. In 2021, Justin Trudeau pays them billions to work the will of government.

Which brings the entire affair full circle. Media work for government, just like they do in China. Upon re-election, CAP’s crystal ball says that another emulation of China’s society is warming up in the bullpen:

Internet censorship. What is rightly referred to as a Canadian Internet Firewall– not unlike the communist government of China has instituted within their nation.

“Richmond, Canada’s most Chinese city, bucked national trends by defeating Richmond Centre Conservative MP Alice Wong – despite the fact that she won the riding by more than 20 points in 2019.”

Did the government of China win the federal election for the Liberal Party of Canada?