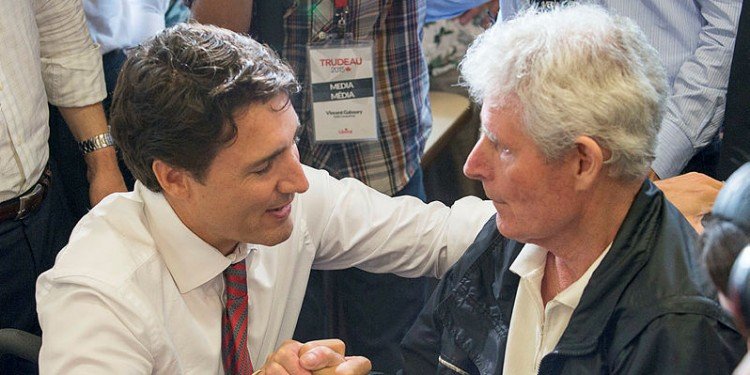 In the year of 2017, the federal government of Canada approved the sale of three B.C. based Elderly Care Homes to a company in China.

All three belong to Retirement Concepts, the largest private provider of long term care beds in British Columbia. The chain was sold to China’s government-controlled Anbang Group in a deal approved by the Liberal government of PM Justin Trudeau.

In May, 2018, Lawyers launched a class-action lawsuit against Retirement Concepts and others based on alleged mistreatment, neglect and abuse of a resident at a Fraser Valley care home are meeting with families of residents at company facilities on Vancouver Island that have been taken over by health authorities.

In 2018, the CEO of Anbang was being prosecuted for “economic crimes.”

What pleasant  way to begin, isn’t it? Isn’t it comforting to know that Grandma, in her twilight years, lives in a China-owned facility facing international law suits after accusations of illegal activities.

Perhaps it won’t work out too bad for her, as her memory is not what it used to be. Neither, for that matter, is the collective memory of the Canadian public. Naturally, it is difficult to retain such information when Canadian media remain so adept at siding with China over “Dear Old Granny.”

In early 2018, a small market B.C. media outlet informed the public that 21 Elderly Care Homes in Canada were owned by Chinese companies—keeping in mind that within a communist nation, government owns 98% of domestic corporations.

According to Global News, sixteen Care Facilities in Canada have reported at least ten or more deaths due to Coronavirus. At least two of them have had 30 residents pass on due to China’s latest biological virus output.

Another article claims that just under 50% of deaths from Covid-19 have taken place within elderly care homes across Canada.

What can an interested Canadian learn from this? CAP cannot—or will not—draw a definitive conclusion here. To take a didactic approach to this situation is uncalled for.

Yet, we are still “free enough” to suggest some alternate thoughts and ideas on the matter. If there is condemnation to be pronounced, let it be toward those who permit China to get it hooks deep into Canadian society.

Fact: The Trudeau government signed off on the sale of Canadian care homes to China. Seeing as the powerhouse Anbang have been under legal scrutiny for years now,  does this appear to be a prudent decision by way of the Liberal government?

Speaking of the ruling Liberals, CAP has on occasion(very often actually) spoke of both the Liberal Party—and Justin Trudeau specifically— emulating socialist and communist ideology within our borders.

Issues such as media control, internet control, globalist propaganda, social engineering and socialist methodologies have flowed from the CAP pen for a number of years.

It is within this context that we now speak. Our opinion is that social engineering is playing a major role within contemporary Canadian society.

Perhaps it is not a singular behaviour, but rather a composite of “unusual coincidences” which colour our thoughts.

Let begin with the very young— meaning those unborn fetuses that Canadian mothers have nurtured over the past 40 years. Statistics Canada inform us that around 80,000 abortions are performed on mothers each year. Neither this or any other branch of government ever inform Canadians of “who these people are.”

Who instigated this policy? Ex-Liberal PM, Pierre Trudeau. Within Canada—as it is in China— a pregnant woman is able to have an abortion at full term.

What say you about this? Do you not consider a pending child— fully formed at 9 months—to be a human being? CAP kinda does. Who established this “free-for-all” in Canada? Why, it was Pierre Trudeau.

Now, let’s move to the opposite end of the spectrum— the end of life by way of Euthanasia, or “Assisted Dying.” In what year did government pass legislation to knock off elderly Canadians at will? Try 2017—when another Trudeau—this time Mr. Justin, established government statute enabling Euthanasia in Canada.

Subsequent to this, the Liberals began to expand the program. With consent, younger Canadians with serious physical or mental illness could indulge in assisted dying.

Memories of Social Engineering? No, this is not a new salad dressing from President’s Choice. Consider the idea that there have been a number of historical governments which took this exact route. Fair to say they are totalitarian in the main.

Of these historical dictatorships, it is arguable that China is the king of the hill. Chairman Mao Tse Tung’s “Silent Revolution” may well verify such a thing.

Is Canada emulating this social structure? Hard to say for certain one way or the other. But what CAP will say is that the government of Justin Trudeau is the most draconian, socialist-infused government body in the history of Canada.

Isn’t mass immigration from the 3rd world a form of social engineering? Hard to deny—so media will not speak of it. After all, Anglophone Canadians will in time transition to a minority community by way of Trudeau’s immigration and refugee policies.

China is a major player in the Elderly Care Home Facilities in Canada. Our ruling Liberal government approved this—regardless of illicit behaviour on the part of the new China-based owners.

Half of those in Canada who have perished by way of Coronavirus have been residents of these Elderly Care Homes.

Result: More dead, elderly Canadians. In the meantime, Trudeau & Co. have raised immigration quotas to the highest levels in history. Our “Old Stock” people— commonly known as “white people”— are dying off. Our birthrates a well below that of Trudeau’s new immigrant flock.

One tenet of socialist ideology is that of the “expendable” citizen. What to do with folks who become unproductive as they age? Are these people “useful” to the state? Are they contributing to the national tax-base?

Communism is a pragmatic form of governance. Elderly citizens are unproductive—therefore expendable.

Is this the root cause of the form of death endorsed for both the unborn and elderly in Canada? CAP do not know. Neither, however would we dismiss the concept as pure paranoia.

We shall let the reader draw their own conclusions.