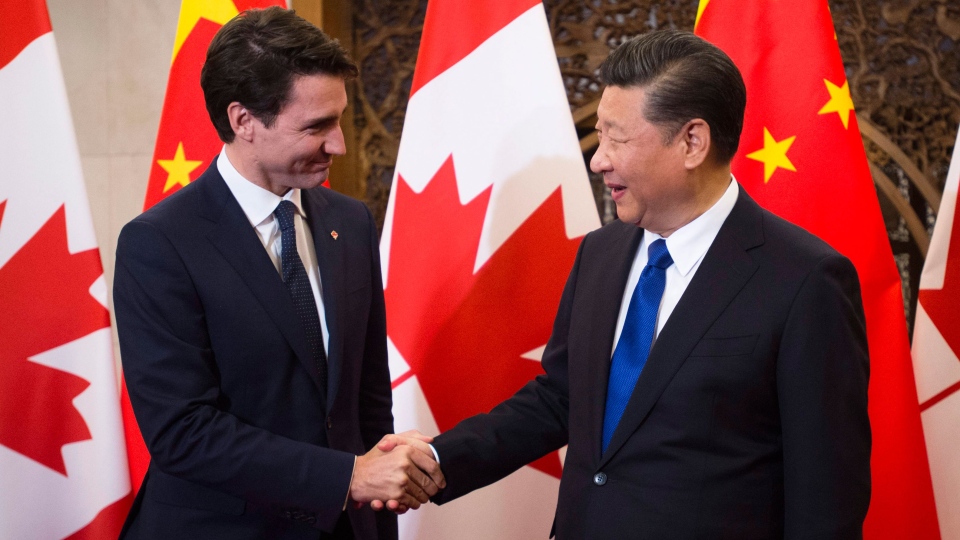 When it comes to under-the-radar politics, few cases in Canada can equal the Liberal Party-Chinese government connection.

Dating back a half-century, Canadian media have done a bang-up job obscuring the phenomenon. The relationship– or partnership– began in 1970 when ex-Liberal Prime Minister Pierre Trudeau met with China’s Chairman Mao Tse Tung.

It’s a relationship which continues to this day. This month, the United States, Britain and Australia announced the formation of a security pact to counter China’s growing ambitions. Canada was not included — and according to the Toronto Sun, it is “no accident.”

“The Trudeau Liberals are soft — super soft — on China. Our traditional defence and intelligence partners no longer fully trust us. On Thursday, Liberal Leader Justin Trudeau brushed off our country’s exclusion from the new alliance.”

While passing decades have touched on the Liberal Party’s China affiliation, media have never painted a cohesive picture. Beyond diplomatic relations, an overt admiration for China has existed for decades within the Trudeau family.

Pierre, Justin and Alexandre Trudeau— all three have publicly expressed their admiration for the Far East nation–something never articulated by media. By extension, neither has this fundamental– the Trudeau family admire and support communism.

How odd it is that legacy media refuse to express this piece of reality. If ours was a communist society, it would make sense. The last time Cultural Action Party checked, Canada was considered a democracy– a condition unlikely to last with the Liberals in charge.

“Canada is the only Five Eyes nation that refuses to exclude Huawei from construction of its 5G network. The other Five Eyes are worried, rightly, that Huawei would use each country’s cell network to spy for Beijing.”

Justin Trudeau is not worried.

“The Trudeau government is suspected of having allowed vaccine materials to be shipped to China, not once but twice — once from the National Microbiology Laboratory in Winnipeg. This latter transfer was at the direction of the Trudeau cabinet.”

Justin Trudeau is not concerned.

“Trudeau put us well behind the rest of the world in acquiring vaccines because he wanted us to put all our inoculation eggs in the CanSino (Chinese military) basket.”

Justin Trudeau doesn’t care. On this basis, one might believe he has a lock on the prime minister’s office– no matter what occurs.

The Chinese government is certainly on his side. According to the Ottawa Citizen, Canadians have been warned that Canada would be subjected to “counterstrikes” if voters replace Liberal Justin Trudeau with leader of the Conservative Party Erin O”Toole.

What to conclude? It well appears that China has a vested interest in the Liberals winning the current election. Obvious, blatant and entirely disconcerting. Yet, somehow media never put it all together for the people of Canada.

At least one Canadian has– journalist Lorne Gunter:

“I think ‘China lover’ is a fair label for Trudeau, and he is why our traditional allies no longer fully trust Canada.”

Is our nation functioning as a satellite country for China with a Liberal government in power?  Will Justin Trudeau win this election not due to votes, but rather due to foreign influence?

The situation is dire. By way of media, 38 Million Canadians are not getting the true picture. For that matter, neither are 338 Members of Parliament.

If not for media, citizens would know that a vote for the Liberals is a vote for China— not to mention for communism in Canada.