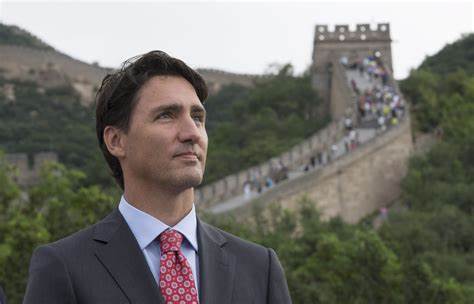 A report from Alliance Canada delivered to the House of Commons committee on Canada-China relations is warning that the influence of the People’s Republic of China in Canada is widespread, but has gone “largely unnoticed.”

No sensible Canadian should be surprised at this declaration. As a watchdog organization for Canada-China relations, Cultural Action Party apply the “unnoticed” theory to the entire spectrum of interaction between the two countries.

“In Canada, individuals and groups are targeted by [Chinese] party state actors”

The claim is drawn from a study titled “In Plain Sight: Beijing’s Unrestricted Network of Foreign Influence in Canada.”

How ironic. As if any aspect of a decades-long connection between the Liberal Party of Canada and the government of China can be described as being “in plain sight.”

“Chinese authorities have been “exporting their authoritarianism overseas” by infiltrating democratic institutions in Canada and elsewhere as a way to stifle criticism of the Communist state,” says Cherie Wong, executive director of Alliance Canada Hong Kong.

According to Ms. Wong, Chinese leadership has “sought to exert control over foreign politicians, academics, media, and other institutions, including within Canada.”

There you have it– straight from the horse’s mouth, so to speak. Yet, amid copious amounts of evidence regarding China’s penetration of Canadian society, a giant omission looms large: Who is responsible?

Let CAP be clear: no other entity in history holds more responsibility than the Liberal Party of Canada, PM Justin Trudeau residing. It was he who upon election in 2015 set out to establish what would have virtually sold Canada to China: the most lopsided free trade agreement in Canadian history. He failed.

Why is it that 38 million Canadians wouldn’t piece together Trudeau’s paean to communist China, and promptly vote him out of office? Are Canadians so in love with the behemoth nation that they approve of Liberal Party-China relations? Can it be that, in reality, communism is the greatest thing since sliced bread for Canadian voters?

It can’t be, and it isn’t. Fact is, a series of Liberal governments forced China, their money, and their ideology upon Canada. On this basis, only an element of collusion can serve as the reasoning. The source is so obviously Canadian media, who have danced around the Trudeau families endorsement of China for the past 50-years.

Think a half-century to be a lengthy period of time? Try this on for size:

“BMO Financial Group has been building relationships in China, almost as long as the bank has been in business. Merely three months after its opening in 1817, the bank undertook its first foreign exchange transaction in support of trade with China in 1818.”

That’s 200-years and counting. How many times have our media exposed this to the general public? Try never. There’s a good reason for it. BMO, the Liberals, and communist China are inter-related.

The modern incarnation of China’s penetration of Canadian society began in the early 1970’s, when former PM Pierre Trudeau became the first western leader to embrace the country. For the past half-century, establishment media has obfuscated the relationship between China’s government and the Liberal Party of Canada.

September, 2021: “As long as ethnic Chinese unite, resolutely do not vote for those crazy sinophobic Conservative candidates and cast your precious votes for Liberal candidates, we will defeat the Conservative Party.”

Let’s hear it for globalization. Those pushing for Justin Trudeau to remain prime minister include the Chinese Politburo. We speak of a group of twenty-five men overseeing the Communist Party of China. No women, no gender parity– no criticism from Trudeau.

Power is further centralized in the Politburo Standing Committee, a group of seven individuals from among the 25 top officials. That’s seven men controlling the fate of 1.3 billion Chinese citizens.

“When I look at the subtle but intense influence of China on Canadian institutions — parliaments, provincial governments, local governments, universities, the intellectual community, the policy community — it makes me deadly worried.”

That’s Canadian institutions. If Mr. Hamilton is correct, would it not be media’s duty to inform our citizenship of the situation Why do they not do so?

The answer is obvious: because establishment media in Canada are politically aligned with the Liberal Party. With the Conservative Party, not as much. As in, not at all.

Of course not. Bringing CAP to the crux of the matter. Could there be– tucked away in the recesses of the minds of political manipulators– an agenda of national transformation calling for an emulation of China’s governance within our nation?

“Conspiracy theory” cry Liberal snowflakes. CAP is not so sure. The railroading of Canadians into submission to government smacks of the “totalitarian.”

It is arguable that the social transition came to Canada from China. We speak of the arrival of the Covid pandemic. More than any event, it is Covid which gave Justin Trudeau justification to transform our country to a neo-dictatorship.

Is Trudeau’s next move to take it to the limit? Will Canada one day fully transition to a non-democratic nation?

If any organization can be said to be the driving force, it’s something called the Canada-China Business Council. It is here that the communist rubber meets the Canadian road.

“The CCBC Board of Directors is a key resource for both the CCBC and its members. The directors’ cumulative corporate experience in China and their personal and business networks among China and Canada’s most senior government and business leaders is unparalleled.”

Unparalleled it is– for good reason: no one’s ever heard of them.

Dominic Barton, known as Bao Damin (Chinese: 鲍达民) in China, is a Ugandan-born Canadian business executive and CCBC board member. In 2019, PM Justin Trudeau selected Barton as the Canadian Ambassador to the People’s Republic of China.

Barton worked briefly as a currency analyst for N M Rothschild & Sons in London. In 1986 he was hired by McKinsey & Company to work in the company’s Toronto office.

Dominic Barton is a top Canada-China Business Council executive. Others include various BMO power-players, along with members of billionaire Quebec family the Desmarias of Power Corp fame.

Founded in 1978, CCBC offers a plethora of China-oriented business opportunities:

“Introduction Chinese suppliers and business partners; private and public sector contacts in China and Canada; meetings for visiting senior government delegations in Canada and China, business and trade missions to and from China.”

For the past 44 years, this not-for-profit organization has been responsible for importing China’s money– as well as their ideology– into our country. Throughout the time period, Canadian media have not once exposed the nature of the organization to the public.

Blimey– the exact same condition exists within Canadian media. Check the Globe & Mail, CBC, and Toronto Star. Each consistently slams the Conservatives as rabid racists and anti-abortionists. If the actual politicians aren’t bigoted “Islamophobes,” their supporters are.

One giant coincidence, is it? Not on your life. The Liberal Party of Canada and the communist government of China are indelibly connected. They have been for over a half-century.

Media say nothing because they are instructed– as well as being paid– to obscure political affiliations. How much easier this makes it for Justin Trudeau to accomplish his ultimate goal.

From democracy to dictatorship: the hidden story of a Liberal Party-Chinese politburo partnership.