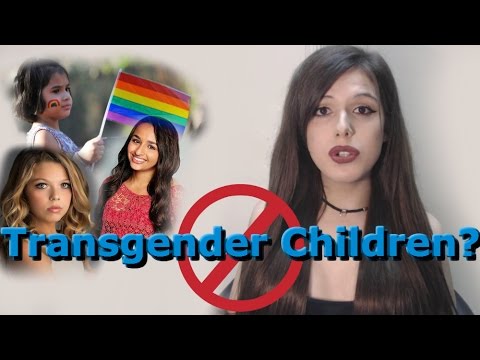 Canadian Broadcast Corporation(CBC) has launched a platform called CBC Kids News, in order to cater directly to children. And as it turns out, one of the things they want to promote to children is the idea that little kids can become DRAG QUEENS.

According to LifeSite News, a promo video  exposes the CBC attempting to make drag shows sound as if they are precisely like children playing make-believe. The film shows children gyrating, throwing their heads back and giving the camera seductive looks, and dancing in a way that provocative adults might. These little children are presented as the stars of a new CBC documentary, Drag Kids.

There is a 12-old female drag queen, and an 11-year-old boy named Jason who poses as a drag queen named Susan B. Anthony. CBC featured a photo of him in the video wearing a female wig, looking over his shoulder, and waving a hand-held fan with the word Slay painted across it.

Stephan, the NINE YEAR-OLD, tells the adult filmmakers that drag is about “transforming from a man into a woman for entertainment,” although nobody mentions that Stephan is not a man. In fact, he is not even an adolescent – he is a CHILD.

Such is the state of the nation within “post-national” Canada. What does government have to say about the tranny-for-children pushing CBC film? Nothing, of course–the funds to pay for the thing come from the Trudeau government.

How many citizens APPROVED THIS? Zero. If a poll were taken regarding public approval, what percentage of Canadians would be in favour of the project? CAP will guess 5% of Canadians.

Welcome to TRUDEAU-LAND. No public input, no approval, no mandate, no majority rule. Nothing but 100% unilateral government decision-making.

Want your 8 year-old child to be protected from sexual deviancy? Then keep her AWAY from internet pornography– as well as the CBC. Want your son’s education to be free of messaging that he has the option of having dangerous hormone drugs injected into his body? Then do not send them to a Canadian PUBLIC SCHOOL where trans-indoctrination is offered in the form of “Drag Queen Story Hour.”

The result? Parents against Schools. Religious against atheist. Hetero vs Homo. Law Suits. Moral Outrage. Social discord. Everything OTHER THAN THE UNITY which Justin Trudeau informs is the natural outcome of the Trudeau Dynasty’s “Diversity Is Our Strength” platitudes.

Where does Canada fit in within this political spectrum? Think about it– immigration policy, refugee policy, returning ISIS terrorists, citizenship for terrorists, ILLEGAL refugee intake. In every case–and many others– Trudeau decision-making is antithetical to the will of the majority.  In short, Justin Trudeau does exactly what he wants to, and if Canadians do not like it,  they can go jump in Lake Ontario.

Democracy…or dictatorship? The proof is not in the label, it is  in the BEHAVIOUR. In CAP’s opinion, the Canadian transgender movement are “pink fascists.” They want our kids, and  their minds. These people somehow believe they should maintain a right to influence families they do not know personally.

The trans-lobby believe a family should be thrown into chaos based upon any sign of so-called gender dysphoria. To uncover this, they send transvestites into our elementary schools and libraries to promote sex change for school children. They begin at SIX YEARS OLD.

Parents have had ENOUGH. In California, parents pulled 700 children out their classes in protest of transgender promotion in one school district. The anti-trans movement continues to make strides forward in Canada as well. As parents, all of us have a duty toward the health and welfare of our children.

Have government and academia become THE SOURCE rather than the solution to sexual deviancy and immorality within society? If so, the time has arrived to JUST SAY NO to these institutions. This is true liberal democracy–the brand of which Justin Trudeau is presently in the process of transitioning to a political relic of the past.