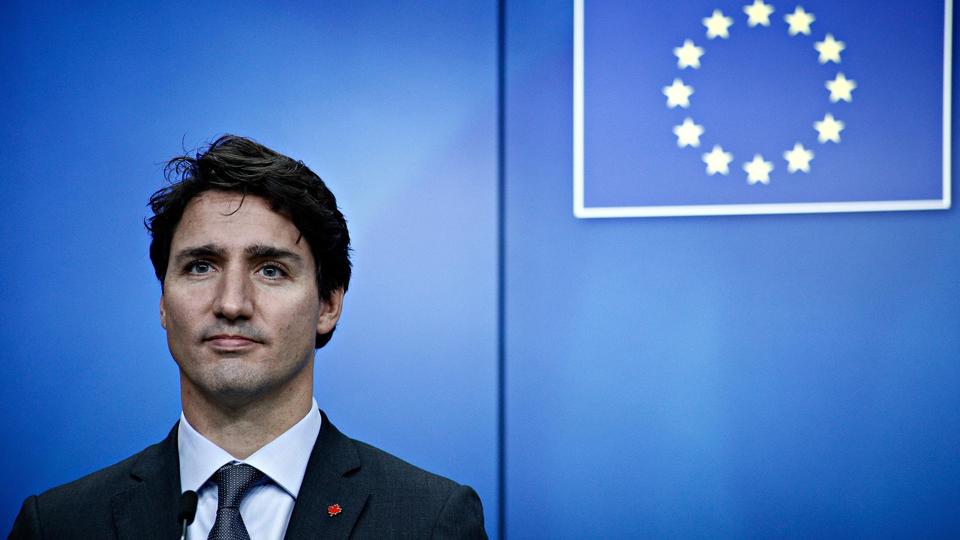 Canada’s state-funded CBC News has a job to do. In order to justify a billion dollar annual subsidy from the Liberal government, strict adherence to an agenda must be maintained.

The role is basic in conception– condemn as racist all those who criticize Prime Minister Justin Trudeau. As such, there are myriad bases to cover. For example, media’s method of dealing with the Conservative Party of Canada. As the singular threat to Liberal Party domination, media has for the past six years used racist accusations to run down the Conservatives. “The party is anti-niqab,” as if an issue affecting 0.001% of Canadians serves as a barometer for political legitimacy.

Then there are those awful trucker-types. They too are racists. CBC know this because one out of thousands of protestors appearing in Ottawa had been seen holding a swastika flag. Enough said– type up the Truckers Convoy as a promotion of white supremacy.

From Conservatives to Convoy participants. Both dare to critique Justin Trudeau. As such, media corral them into a cattle pen of racist condemnation. Naturally, it would be remiss of CTV, Globe & Mail, National Post and Global News to restrict parameters to those of a Canadian variety.

As reported in international news this week, PM Trudeau was pulverized by members of the European Parliament for his handling of the Truckers Protest in Ottawa. While foreign press pick up on their Trudeau-as-dictator diagnosis, CBC News take an alternative position.

Those who verbally attacked Justin Trudeau are all racists. And far be it for Trudeau-funded CBC to stop there. Have you heard the news? The 705-seat EU Parliament is infused with white supremacy and neo-fascism.

“Alternative for Germany is one of the national parties that fall under the Identity and Democracy group in the European Parliament. With 63 members from 10 countries, it is the fifth-largest group in the assembly.”

“Identity and Democracy is made up of domestic political parties opposed to the EU. They hold far-right positions on issues like immigration, EU membership and social welfare. The ID group includes France’s Rassemblement National party, which was founded by Jean-Marie Le Pen.”

CBC’s goal is not only to discredit European politicians who dare condemn their boss-man. They achieve the call-of-duty by insinuating racism has permeated the EU Parliament in totality.

Tell us, Mr. CBC– does everything in our world outside the parameters of Trudeau-brand Liberalism qualify as racism? Surely a day will come when a majority of Canadians recognize this media agenda for the ruse that it is.

Cultural Action Party believe this day is going to arrive. The problem is found in its timing. In many respects, this is the “Canadian way.” Citizens discover the nature of a political agenda at a point when it is too late to prevent its completion. This reaches as far back as Canada’s affiliation with the United Nations in the year 1945. The repercussions of signing on to the U.N. Refugee Act have taken decades to manifest.

The concept applies to immigration policy, as well as Multiculturalism. Looking at the history of the Charter of Rights and Freedoms, we observe the same pattern. Simply put, the benefit goes to non-Canadian entities. The Canadian-born are left with the “pleasure” of funding government policy with their tax-dollars.

First, Canadians hear about the glory of it all. Decades later, we begin to understand the downside of the decision-making. The very same applies to contemporary society. While citizens fret over masks and vaccine mandates, our country is being transitioned away from its democratic foundation. Who knows– perhaps the pandemic exists for this purpose.

At some point during the historical continuum, government became enlightened on the best mechanism to kill opposition to government policy. This manifested in what CAP refer to as the “race-card.”

If the Liberals don’t like it and wish to diffuse it, their solution is to brand it racist.  Government employ mainstream media for this purpose. Dissenters scuttle back to their prospective corners. Through the racist tag citizens can be fired from their jobs. Humiliated and ostracized, repercussions are often devastating.

If one cares to notice, they might recognize how issues of race have risen to the pinnacle of social issues in Canada. It is not without purpose. In fact, it is better thought of as a calculated political agenda.

There is no better mechanism to control Canadian society. Day-in and day-out, legacy media play the race-card to control citizen behaviour. CBC’s racist branding of the European Parliament is a quintessential example.

Just as the press leveraged a single swastika flag to paint all truckers as racist, the CBC are sticking it to the European Parliament. The common denominator is obvious– condemnation of the person who funds our media: Justin Trudeau.

Yes, racism exists in the world, and it exists in Canada. This is a sociological fact dating back to the dawn of civilization. It’s roots go back to tribe mentality at a time when physical danger was endemic to human existence. Media want Canadians believe it began with the founding of our nation in 1867, and hasn’t affected any other country since.

Racism is not unique to Canada. Nor is it at its worst in our society– far from it. The world is not made up of those who are racist, and those who are not. The real game at play is a division of society for the purpose of political control. No prime minister in history has dealt this hand as effectively as current PM Justin Trudeau.