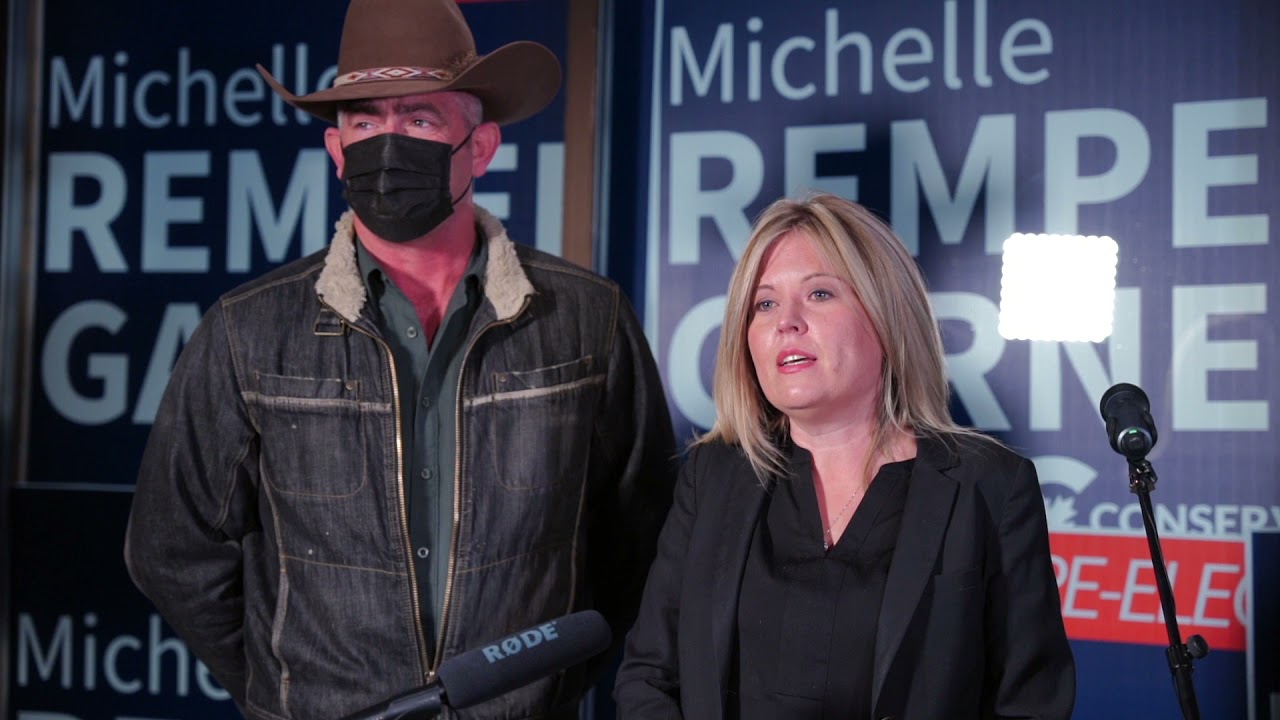 Conservative MP for Calgary-Nose Hill Michelle Rempel-Gardner has stepped out to brand a prominent news story a conspiracy theory. A video interview recently appeared on the internet during which World Economic Forum CEO Klaus Schwab delivers the following:

“What we are very proud of now is the young generation like Prime Minister [Justin] Trudeau. Yesterday I was at a reception for Trudeau and I know that half of his cabinet, or even more than half, are Young Global Leaders.”

Link to video– Schwab makes his statement at the 1:36 minute mark.

Michelle Rempel Gardner: In the last two years, a volume of conspiracy theories regarding the WEF and Klaus Schwab began to circulate on social media. They are wrong to assume that a legislator in Canada could be influenced in all matters simply by attending a conference, receiving an award, or reading a badly conceived white paper.

Colin Carrie, Conservative MP for Oshawa, believes otherwise. At the 16 second mark of this video, MP Carrie states the following:

“Klaus Schwab is the head of the World Economic Forum, and he bragged  how his subversive WEF forum has infiltrated governments around the world. He said his organization has penetrated more than half of Canada’s cabinet. In the interest of transparency, can the member please name which cabinet ministers are on board with the WEF agenda?”

The Speaker of the House then interrupts Carrie, claiming that both the audio and video have malfunctioned. He moves on to a different MP. The coincidence of a lifetime, is it? As we watch the Speaker of the House stutter and fumble around, it becomes obvious that MP Carrie’s speech was cut off intentionally.

It is apparent that the Liberal-WEF issue is a political taboo. On this basis, why is Rempel-Gardiner so convinced that an MP from her own party is barking up the wrong tree?

More From Michelle: Concerns about “The Great Reset”, the World Economic Forum, and the apparent plan to turn Canada into a communist state is one of the underlying conspiracy theories that motivated some of the protesters who participated in the truckers protest recently disbanded in Ottawa.

Much as I do not support Justin Trudeau, I would wager a safe guess that Canadian electoral politics and personal ambition have much more impact on his policy decisions than Klaus Schwab.

Wagering a safe guess can hardly be construed as proof positive. Furthermore, why is a Conservative MP from Alberta defending Justin Trudeau? The goal is to defeat him– not excuse him.

We turn to Terence Corcoran from the National Post. In no manner does he share Ms. Rempel-Gardner’s viewpoint:

“The WEF had help in setting up their Canadian infiltration mission from Trudeau’s former chief of staff, Gerald Butts, participant in the WEF’s Davos conferences and a leading backroom organizer of the Trudeau government’s ideological gambits.”

“Klaus Schwab was the first global personality to jump on the pandemic as a vehicle for the imposition of his new world order. As a result of the COVID-19 crisis, he saw major opportunity. The Trudeau government jumped at the opportunity.”

Not a speck of ambiguity flows from the pen of Terence Corcoran. While the Calgary-Nosehill MP “would wager a safe guess,”  Corcoran is entirely bullish on the theory. Rempel-Gardner is entitled to her opinion. No one is refuting her right to negate what she so flippantly refers to as a “conspiracy theory.”

Rempel-Gardner: Believing that Klaus Schwab has the ability to materially influence the Canadian government is preposterous.

Terence Corcoran: “His[Trudeau’s] reaction is an attempt to divert attention away from the failure of the WEF-shaped model he adopted. He saw COVID-19 as an opportunity for greater government intervention. Trudeau is now attacking his critics on other grounds, claiming they are racists, subversives, yahoos and Trumpian yobs funded by foreign agents.”

If degree of earnestness served as a deciding factor, Corcoran would be the victor. It doesn’t. The conundrum is not so much an issue of right versus wrong. The question is why a well respected, long-standing Alberta MP would to any extent defend Justin Trudeau. After which Ms. Rempel poses a pertinent question:

So who’s to blame that conspiracy theories and related angst are so rampant, and what’s to be done about it?

It is but one step short of unbelievable how Justin Trudeau perpetually finds an escape route from his shortcomings. Obviously, paying media to assist helps. Already we see this happening regarding the Freedom Convoy. The media are moving on. The Russia-Ukraine conflict has begun to supersede Trudeau catastrophic Emergencies Act screw-up.

As sure as you’re born, it will pass– just as SNC Lavalin, WE Charity and the Winnipeg-Wuhan controversies have before it. The result is more of the same: the pseudo-dictatorial rule of PM Trudeau continues.

Rempel-Gardner: In the video, Trudeau was quoted as suggesting the pandemic could provide for a “reset.” This was the proof point that made the theories believable for many.

Call CAP crazy, but we conclude that Trudeau’s statement is an exercise in political folly. Talk about perceiving the world through pink-coloured glasses. To extract any form of upside from the pandemic catastrophe is spurious wishful thinking. Considering that Schwab and the WEF coined the term “Great Reset,” Trudeau’s motivational source is obvious.

Curious it is to note an omission within Michelle Rempel-Gardner’s defence of Justin Trudeau and the WEF. In 2016, Rempel was herself selected as one of the World Economic Forum’s Young Global Leaders.

For what reason was this omitted from her diatribe? Curiosities abound regarding Michelle Rempel-Gardner’s polemic for the defence of Klaus Schwab and the elites from the World Economic Forum.