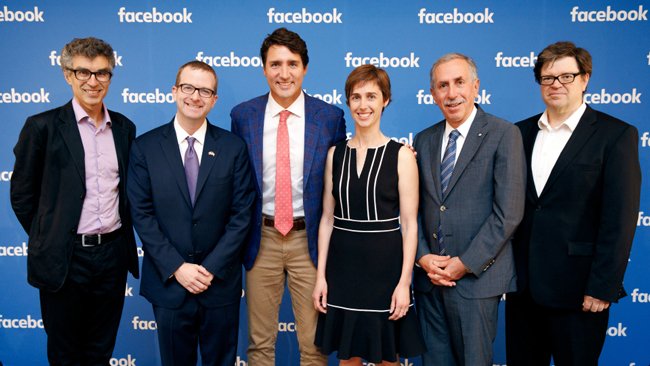 While Prime Minister Justin Trudeau took to lamenting Canada’s loss of Toronto Raptors player Kawhi Leornard on Twitter, Canadians replied by telling him that they would like to SEE HIM LEAVE NEXT.

On July 6th, it was revealed that Leornard, who was instrumental in winning the NBA finals for Toronto will be signing on to play for the LA Clippers. Upon hearing the news, the prime minister went on Twitter to say he was “Sad to see you go…”

Twitter response: “How about you also follow leonard and LEAVE CANADA that would be great win for all of us.”

CAP agree–Justin Trudeau, please LEAVE Canada. Take Immigration Minister MP Ahmed Hussen with you. If this were to occur, Canada would be exporting the two most damaging Canadian politicians in history. If father Pierre Trudeau were not dead, we would tell you to take him as well.

Yet, in some respects, Trudeau Sr. is not dead at all. It is his legacy which son Justin and drop-in Somalian refugee Hussen work in the spirit of. PET’s Third World immigration, multiculturalism, homosexual and abortion policies have damaged Anglo-Christian communities.

Post-Pierre Trudeau, these communities have been railroaded into a nemesis community for the Third World, Liberal Snowflakes, Transgender-pushers and mass abortion advocates. Upon seizing control of Canadian society, son Justin ramped up the entire agenda to the point where Anglophones are branded “genocidal” toward First Nations communities. At the time of confederation in 1867, Canada’s Aboriginal population stood at 150,000 people. In 2019, their population is 1.6 MILLION. Justin Trudeau isn’t too good at math, it appears.

Coincidentally, online hatred of Justin Trudeau is at an all-time high. To deal with this, Trudeau is attempting to strong-arm social media giants into SHUTTING US UP. In a story BURIED by establishment media in Canada, the governments of Germany and France are working to give social media companies 24 HOURS TO REMOVE what they consider to be HATE CRIMES.

Why isn’t this found within our mainstream media publications? Could it be because there is plan to REPLICATE this within Canadian society? Merkel, Macron, Trudeau. They share the same globalist ideology– so why not?

The upcoming federal election will play out along these lines. Our government has jam-packed the GTA with Third World imports in a bid to solidify control of these powerful ridings for the Liberal Party of Canada. If life were fair, this party would be rebranded the Liberal-Third World Party of Canada–because that’s what they truly are.

Justin  Trudeau and snarling refugee pitbull MP Ahmed Hussen are not just out to win an election. Rather, the goal is to create a large enough Third World Liberal-voting core which will keep Justin Trudeau in power FOREVER.

What an ominous situation. An large black cloud hangs over the heads of Old Stock Canada–the exact reason why establishment media SAY NOTHING about it. The upcoming federal election may well decide the destiny of our nation for the next 50- 100 years. Media HIDE the fact, never pointing out the “big picture” long-term agenda.

One would think on this basis the general public would be informed of which nations these migrants are coming from. Are we getting ANY immigration from Britain or France? From which countries are the 2019 immigrants coming from?

We don’t know, because government will NOT inform us. Why? In CAP’s opinion, because the public would have a collective HEART ATTACK they knew what was really going on.

Deception, manipulation, and lies. This is the Justin Trudeau that social media followers know. NOT the Globe & Mail, or CBC versions of our PM. These presentations are media propaganda. They function in a manner not unlike that of media within communist nations.

Yes, these days Trudeau is getting trashed on a regular basis within Canadian establishment media. The danger, however, is found in what they DO NOT PRINT.  For example, where are the articles on the pathos to be found in France regarding Emmanuel Macron? They don’t exist.  Pourquoi? Because if Canadians understood how unpopular and hated Macron is, the hatred for Trudeau would ramp up even higher.

Since Justin became PM, government and media are united as never before. Now, our PM wants to control alternative and social media. Why? Because these platforms are now CHALLENGING mainstream media–therefore our King of Kings wants to SHUT THEM UP.

Of course. After all, look what those nasty white trash people are saying about Justin Timberflake. Those BAD BAD Canadians– they don’t agree with the decimation of Canadian society–how RACIST of them!

Freedom of speech is a core value within western liberal democracies. This is the very reason why Trudeau wants to limit free speech. In reality, Justin has no interest in  liberal democracy. For him and his backers, it only exists to FACILITATE our trans-formation into a socialist, pseudo-totalitarian nation.

It began with father Pierre, and its fulfillment lies in the hands of son Justin--unless he is removed from office.