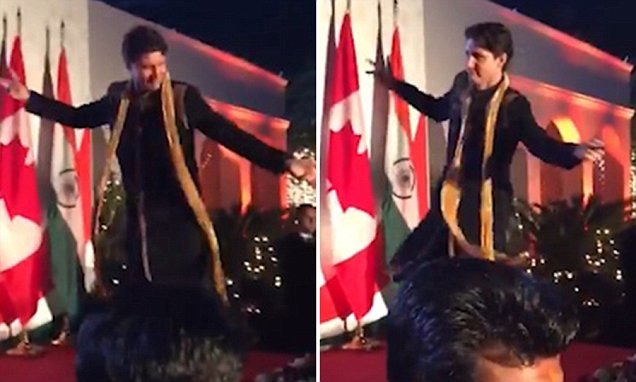 Prime Minister Justin Trudeau was interviewed by lawyers on Tuesday morning in an ongoing injuries and defamation lawsuit.

According to Post Millennial News, the 74-year old Diane Blain is taking legal action against Trudeau after she alleges his bodyguards acted abusively towards her and the prime minister defamed her character at an August 16 event in Sabrevois, Quebec.

Blain is seeking a total of $95,000 in compensation from Trudeau including $30,000 in punitive damages. Videos of the incident show Blain heckling the prime minister for his handling of illegal immigration and whether Quebecers will be compensated for the costs they incur. Shortly after the incident, Blain is approached by two men, one who identify himself as an RCMP officers.

How SUNNY WAYS this is. The plaintiff was manhandled by Trudeau’s bodyguards based on her asking our PM about the costs of illegal border-jumping at the Canadian/USA border.

Trudeau’s response? Justin  is seen telling the woman that her “racism has no place here”.  This event serves as a quintessential microcosm for the Trudeau brand of democratic governance. The lady speaks of refugee costs, our PM responses with an accusation of racism.

Justin Trudeau rambles on endlessly about racism within Canada’s past, as well as with modern Canadian society. Yet, incredibly, he appears to have ZERO understanding of what constitutes racism in Canada. If one is curious, read Section 319 of Canada’s Criminal Code, which deals directly with “hate laws” in Canada.

Section 319(1) makes it an offence to communicate statements in a public place which incite hatred against an identifiable group, where it is likely to lead to a breach of the peace.

Is this what poor old granny did? Of course not– not even close. Now, here is the definition of racism according to the Oxford Dictionary:

“Prejudice, discrimination, or antagonism directed against someone of a different race based on the belief that one’s own race is SUPERIOR.”

Is this what the grey-haired granny did? Of course not. Conclusion? One of two things:

Trudeau does not know the actual meaning of the word “racism.” Either this, or he does in fact know the meaning, but throws it out the window to shame a Canadian citizen who DARES TO QUESTION King Trudeau regarding immigration and/or refugee status.

Either way, Justin is fully culpable. What should come as no shock to sensible(non-Liberal) Canadians is that the Somalian in charge of Canada’s demographic destiny ALSO AGREED. So half-citizen refugee Immigration Minister, MP Ahmed Hussen, falls into the same camp as Trudeau.

SHOCK OF THE CENTURY! Now, what is the by-product of their attitudes? What does the racist branding accomplish for Trudeau and refugee pit-bull Hussen?

CAP will answer: It BROADENS the definition of racism. Under these two, racism BREAKS OUT of its traditional definition, widening the scope to include ANYTHING Justin and Ahmed want it to be. This is the actual PURPOSE of their behaviour.

This way, government OWN THE MEANING of the word “racism.” It can be applied to ANYTHING the butcher-brothers want it to be. In other words, government control–totalitarian style

The agenda is a full re-working of Canadian society. Third World Canadians are to become the Canadian majority, displacing our Anglophone and Christian communities. The dominance of the Christian faith within society is to be eroded, and replaced by the Nation of Islam.

Although the incident regarding the assaulted elderly lady is not central to this hypothesis, it does provide an excellent microcosm for the big-picture, long-term socialist agenda of the Trudeau government.

You know the one–it’s the agenda establishment media REFUSE to divulge to the people of Canada.