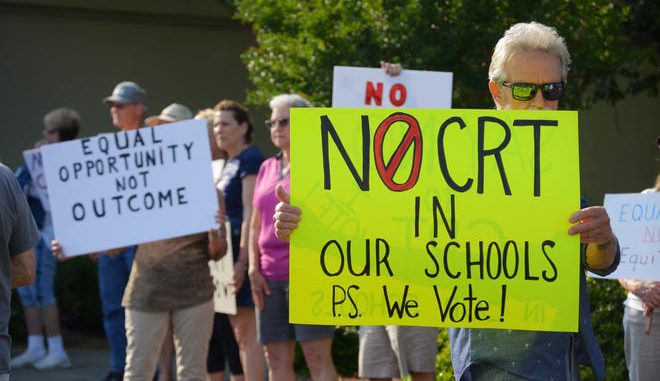 Has the once- proud country of Canada degenerated to a point at which “selective racism” is a standard within our society? Judging by the curriculum at the Toronto District School Board, Canada’s largest, it certainly appears this way.

“Research will work to create decolonial futures to reverse the harms created by ongoing realities of colonialism and systemic racism,” say the anti-Anglo academics.

How “progressive” these educators are. Don’t they know? Colonialism is an antiquated historical event. Not to say certain ramifications cannot linger. Yet, in truth, TDSB’s vengeful, hate-filled rhetoric is part-and-parcel with Liberal government political philosophy.

“The TDSB has collected identity-based data in student censuses before. This is the first one where census-takers have openly expressed an aim to use the data to “dismantle all forms of colonial and settler colonial violence.”

Common sense Canadians have to wonder about the transformation of education in Canada since Justin Trudeau became prime minister. Anglo-European citizen-bashing has been thriving ever since ex-Liberal PM Pierre Trudeau unilaterally forced Multicuralism upon society in the early 1970’s.

Fast forward to 2022, and what do we find within Canada’s largest public school board?

“The researchers note that they are active adherents of Critical Race Theory.”

Have you heard the news? Critical Race Theory is an advancement of racism against white Canadians. These so-called “experts” can dress it up as woke liberalism, social equity and such, but the essence of CRT remains racist toward specific communities.

Those critical of critical race theory claim it imposes guilt onto white people, forcing white children and adults to take responsibility for horrors they did not personally perpetrate.

CAP wholeheartedly agree. In addition to historical revisionism, communist ideology de-contextualizes history. No one has indulged in the practice more than PM Justin Trudeau and his series of pandering, vote-grabbing apologies to so-called “minority” peoples.

Upon which we stumble on the greatest of ironies. To minimize racism in Canadian schools, these “educators” promote racism against an identifiable community. To say nothing of a straight-up breach of Charter Rights. Controlling institutions in our country—including media— have not a single problem with it.

Seeing as legacy media work for our Liberal government, they are free from speculation on a critical social condition. Where is all this leading? Within the press, this is a standard omission.

We imagine the anti-Anglo campaigns instituted within public schools from coast-to-coast. Upon which we recognize the irony of the century. Government, media and our spiteful, Marxist-infused academic world have branded Canada “systemically” racist.

Do tell, fellow patriots, what is the “colonial attack” agenda apart from a tangible form of systemic racism against Anglo-European citizens?

“An attached glossary says that the traditional Canadian belief in colour-blind and multicultural” policy is itself an upholder of white supremacy.”

Talk about a lose-lose situation for our people. For rationally-challenged academics, even Multiculturalism is white supremacy. How ignorant these educators are. It is, in fact, multicultural policy which has served as the catalyst for steady accumulation of “racialized” power within Canadian institutions.

Only to find out that it’s not good enough. What, pray-tell, is good enough for these diversity warriors? The answer is simple as Nova Scotia apple pie: nothing is good enough. Insatiability is, in fact, central to the war on our communities.

As PM Trudeau says, “there’s always more work to do.” Indeed there is– more running down of Canadian heritage and identity. More bashing of Caucasians. Greater promotion of “Islamophobia,” more accusations of genocide and transphobia.

Obviously, these forces  want Canada in the doghouse. For what purpose? CAP will take a crack at it. The answer is encapsulated in a single word– “transformation.”

On October 19th, 2015, a new Canada was born. This is the day Justin Trudeau became prime minister, and our country will never be the same again. Away from the media spotlight, a “quiet revolution” is taking place in our country.

In 2016, Justin Trudeau’s invocation of a country with “no core identity” provided the first clue. Our PM failed to elaborate on its meaning, and CAP can see why. What we have here is a hollowing-out of national identity, to be replaced with Trudeau’s socialist “post-modern” model.

One of the premier goals takes the form of social inversion. For the sins of their forefathers, Anglophones are to transition to a form of “second class” citizen. Witness as our communities are being railroaded into society’s fall-guy. Everything wrong with Canada flows from our colonial foundation.

For the past seven years, the Trudeau government has been working to destroy the dignity of Canada’s “Old Stock” communities. The Canadian public school system is integral to the process, effectively teaching our children to hate their country, and by extension, themselves.

TDSB are leading proponents of the agenda. These are  people who inform our children that whites are racist. Don’t you know, little Timmy, age 10? Your heritage is racist, and it’s time for you to feel really, really bad about it.

The researchers add that they won’t merely use the census data to “highlight structures of oppression and pain,” but will work from “joy-centred frames” to create “alternative futures rooted in community joy and excellence.”

Upon which Cultural Action Party laugh in their face. How absurd can you get? Hot damn– as long as you tow the PC woke line, you can get away with anything in neo-communist Canada.

“Last week, Toronto lawyer Ian Cooper sent a letter to the district expressing the “grave concerns” of parents to the new census and saying that the process could be in violation of a host of provincial laws including the Freedom of Information and Protection of Privacy Act and the Personal Health Information Protection Act.”

Within present-day society, this and a toonie will get you a cup of Tim Horton’s coffee. Unbeknownst to 38 million citizens, rule-of-law takes a backseat to political ideology. Just as it is in China.  All authoritarian societies are like this, and Trudeau’s Canada has now joined the club.

Anyone up for buying a dying democracy? May as well enjoy its last vestiges. Our PM has systemically transitioned our country to an anti-Anglophone society.

Justin Trudeau is a Francophone communist– therefore Canadians should expected nothing less.