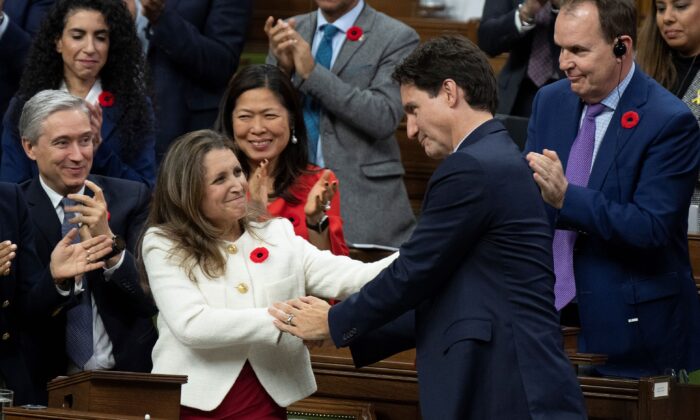 “All is Beauty,” a film  released last month by Canadian clothing retailer Simons, features a profile of the final weeks of 37-year-old B.C. woman Jennyfer Hatch.

“Last breaths are sacred … when I imagine my final days I see music, I see the ocean.”

CAP agree– last breaths are sacred. While we’re at it, so is life itself. Apparently, the Liberal government of Canada disagree. Conversely, Prime Minister Justin Trudeau has carved out his place in history as the father of “commercial” assisted suicide in Canada.

Turns out that Canadian retailers are getting in on the action— ever since Mr. Trudeau decided that the lives of our citizenship aren’t sacred, but expendable. Including those who are not elderly. In 2022, Canadians can off themselves based on a plethora of rationalizations.

First came physical illness with patient approval. Then, the patient approval element was removed. Next came a reduction in age qualification to 18-years. Coming up in March 2023, mental illness including depression will qualify a Canadian for Euthanasia.

Systemically, incrementally, our Liberal government have become ever more “liberal” in their justification for permitting Canadians to kill themselves. Now, Canadians are taking liberties with Trudeau-brand “Liberalism.”

One man wants to kill himself because he cannot afford a place to live. After which $40,000 dollars was crowd-funded in his name. The man is now reconsidering his suicide mission.

Witness as life in Canada degenerates to the trivial. Not “sunny ways,” but rather death days have been delivered to society. We note an affinity with social policy within historical communist states and fascist dictatorships.

From a moral perspective, the trouble begins when human life is reduced to the trivial. Joseph Stalin, Pol Pot, Adolph Hitler, Mao Tse Tung. In all cases, human life was sacrificed for the benefit of the state.

“The Euthanasia Program was the systematic murder of institutionalized patients with disabilities. It aimed to eliminate what eugenicists and their supporters considered ‘life unworthy of life’: those individuals who, because of severe psychiatric, neurological, or physical disabilities, represented both a genetic and a financial burden on the state.”

Returning to the sunny ways of Trudeau’s “No Core Identity” Canada, we uncover the following:

Can it be that our Liberal government’s death campaigns are simply a matter of dollars and cents?

“It’s obviously not a commercial campaign,” Simons CEO Peter Simons – the fifth-generation heir to the company – explained in a video interview accompanying “All Is Beauty.”

Rather, he said it was “an effort by the company to use its privilege to promote human connection and hard beauty.”

His statement is,  by any measurement, a complete pile of tosh. Retailers do not promote death. That’s a rule. But not in Trudeau’s post-modern Canada. How many signs of a transition to an authoritarian state does it take for citizens to wake up and smell the communist coffee?

The signs have been posted, while media refuse to expose the Trudeau-Liberal roadmap. More than any other reason, Justin Trudeau’s purchase of establishment media results in the wool being pulled over citizen’s eyes.

In the United States, they lay it on the line:

In a recent post, the right-wing National Review called it evidence of “Canada’s Suicide Fetish.”

“There was denying that assisted suicide would lead to Euthanasia, but in Canada it happened all together … then you extend the definition of who is eligible, and then it’ll go to the disabled, and then we’ll go to older children, and that will go to younger children.”

Upon which CAP turn to the world of Canadian immigration policy:

“The family reunification program allows for the sponsorship of spouses, common-law partners, dependent children, children to be adopted, parents, grandparents, and other eligible relatives. In 2022, the Department aims to accept 105,000 permanent residents under the family classes.”

While elderly Canadians– most of them of the Anglo-European “Old Stock” variety– pull the plug on their existence, Liberal Immigration Minister Sean Fraser is importing tens of thousands of elderly migrants from China, India, Pakistan and Iran.

Anyone up for demographic manipulation of Canadian society? Out with the old, in with the new?

This is how fascist and communist governments handle their populations. Has Justin Trudeau brought this dynamic to the dying Great White North? Upon his ascension to the throne of Canada, Cultural Action Party maintained that Mr. Trudeau would transition our country to an authoritarian state. Can it be that we were correct in our assessment?

Such a painful experience it is. Call it a feeling of helplessness. Common sense Canadians know it to be true. Under our collective breath, we may mutter something in this regard.

The people know it- but no one talks about it publically. Was this not the condition mid-20th century Europe found itself in under the Nazis?

Is Canada really so far gone that all this will be accepted for fear of government reprisal? If true, then our society is truly lost. The Liberal government has reduced the value of life to widgets in an assembly line.

As it is in China, as it was with European fascism. As it shall be for the future of Justin Trudeau’s “no core identity” Canada?