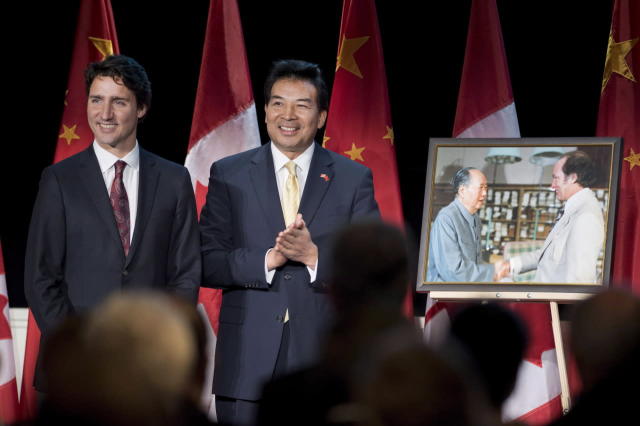 The Toronto District School Board (TDSB), Canada’s largest, has stated it intends to “decolonize” assessment practices during the forthcoming school year.

A document obtained by True North News claims that “decolonization of student assessments, equity anti-oppression and anti-racism are at the core of student learning and achievement.”

Associate director of student well-being Andrew Gold told teachers that during the next school year, final exams will only be part of a collection of course-end evaluations:

“Final exams are not meant to be the sole and/or predominant method of evaluation experienced by students,” said Gold.

According to the mandate, the nature of the transformation is rooted in something described as “tenets of culturally responsive pedagogy and decolonization” to identify alternative methods to evaluate students beyond traditional exams. Away from the academic spotlight can be found disturbing historical precedents for the behaviour of the TDSB.

The history of communist China evokes parallels with the state of public education in Canada. In specific terms, we speak of the Cultural Revolution, a socio-political movement spanning from 1966 until Chairman Mao Tse Tung’s death in 1976.

During the revolution, traditional values taught in China’s education system were abandoned. For purposes of social equality, university entrance exams were cancelled.

The cultural revolution in China introduced a policy called “Destruction Of The Four Olds.” Purging of historical identity became a social standard. Government-endorsed “Four Olds”policy resulted destruction of historical sites, libraries, statues, and various forms of cultural identity. Streets and towns were renamed in the process.

Comparative analysis uncovers frightening parallels. Many are familiar with controversy regarding the tearing down of statues in Canada, including those of founding father, Sir John A. MacDonald. Others are aware of a renaming of public schools to eliminate  historical Anglophone figures.

Critical Race Theory has been integrated into Canada’s public education system. The ideology calls for historical revisionism– Marxist-derived ideology– for the purpose of eradicating what Black Lives Matter designate as “white supremacy.”

We note an affinity with China’s revolution in the erosion of Canadian culture as advanced by federal and provincial governments:

“In China, writers and journalists had to gain permission for their work to be published under a newly introduced certification program.”

In 2021, the Trudeau government introduced a policy for designation as a qualified Canadian Journalism Organization. Media outlets are required to meet the criteria set out in the Federal Income Tax Act.

Out of the circumstances arrives a portentous observation: on an institutional level, Canada’s education system is being transitioned to communism. The educators themselves may laugh and scoff. Their blindness bilies an ironic truth: some of Canada’s most ignorant are also some of our most educated.

If public awareness remains where our Liberal government want it to be– nowhere at all– general society will not comprehend the transition. Nor will we become aware of its source– former Liberal PM Pierre Trudeau’s relationship with Chairman Mao Tse Tung.

Who more than Trudeau Sr. opened the doors for China’s penetration of Canadian society? The correct answer is no one.

In terms of socialist infiltration, no sector is as inundated as education. Canadian universities became flush with cash donated by the government of China. All the while,  a silent agenda went undetected by the general public– a steady transition toward hatred of all-things colonial.

China’s history has been devoid of colonization. What a wonderful way to stick it to Canadian society.  Which is exactly what occurred– and has continue to this very day. The  surreptitious nature of the attack has resulted in a social paradox: Canadians raised with pride in country transitioned to the self-haters of society.More than any national institution,our public school system facilitates the transition.

Is this not exactly what we see today in the form of Justin Trudeau’s agenda for our nation?   Over the decades, our public schools and universities were systemically transferred to bastions of self-loathing.

The probability of this existing in random fashion is zero. Talk about a hoodwinking of society. Witness as Canadian education goes “full commie”– with one main difference. The neo-communist movement is not so much a “class war” as it is a race-gender war. Hence the “neo” element of the equation.

Critical Race Theory, derivative of Marxism, teaches our children that “black students are oppressed by whites, the oppressors. CRT insists that students of colour lack a level playing field because white privilege and racism is embedded in all of our cultural institutions.”

“The board’s woke trustees have already approved a policy that will remove all entry requirements for the board’s specialized arts schools, sports and other programs.”

What a strange transition Canada has undergone since Justin Trudeau became prime minister in 2015. Today, our educational system indulges in replication of communist revolutionary tactics.

How does one describe Canada’s transition from democracy to neo-communism? Mao Tse Tung called his effort the “Cultural Revolution.” Justin Trudeau’s emulation is best described as Canada’s “Woke Revolution.”