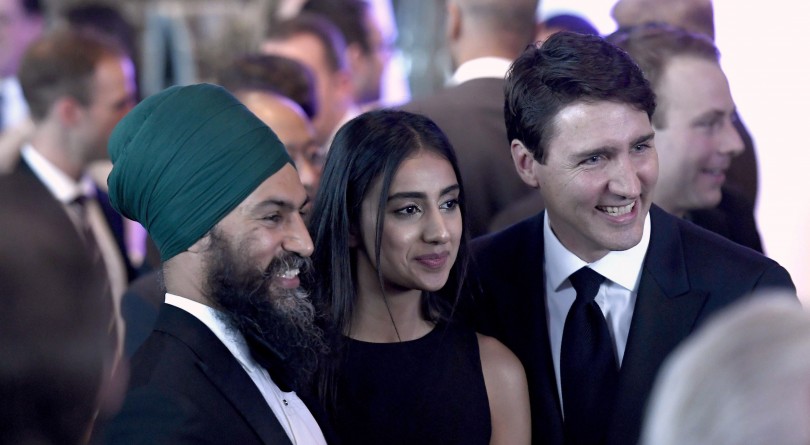 Cultural Action Party of Canada is not without its detractors. Upon formation in September, 2015, we were hit up with a run of accusations of racism. Registered as a provincial political party in British Columbia, Vancouver Sun published an article accusing us of being, among other things,  “Trump-like.”

“Emboldened by growing anti-immigration sentiment in the United States and Europe, a B.C. man has registered a political party devoted to ‘Canada’s traditional identity’ in advance of the provincial election.”

Long-term readers know what this means. CAP is by default racist, bigoted and xenophobic, roughly in that order. Over the next several years, media coverage became sporadic, as the accusations softened in tone.

In 2022, mainstream media don’t write us up period. This we partly attribute to a shock-to-the-media system. Their expectation was that the anti-racists would overwhelm any popularity we received subsequent to the Sun article.

It was on a C-FOX FM99 radio online forum that we discovered the very opposite to be the case. There sat 25 pages filled with support. Media never wrote a feature article on Cultural Action Party again.

Why would they, when we spend an inordinate amount of time ripping the stuffing out of establishment media in Canada. One of our pet peeves being the inter-relationship between the Liberal government and legacy media. Our instincts proved correct. Several years later, we read of a particular development:

What does all this have to do with New Democratic Party leader, Jagmeet Singh? We shall elucidate:

Ever since PM Justin Trudeau and NDP leader Jagmeet Singh signed a democracy-eroding pact to keep Canada’s neo-dictator in office until late 2025, media has gone silent on Singh.

For what reason? Yes, the NDP press agents may have toned things down. But what really stands out is the so-called “coincidental nature” of the development. Turns out media are on the side of Mr. Singh.

For the past several months, all has been quiet on the New Democratic front. True, Mr. Singh has made several token statements that hit the press. Yet, in a general sense, the NDP leader has been transitioned from front stage centre to stage left– or stage leftist, if you like.

Why? Has media done a favour for Mr. Singh in keeping him low profile subsequent to Canadians branding him a traitor to democratic governance?

CAP say it is exactly what has occurred. CBC, CTV, Globe & Mail— they are covering for Mr. Singh as they do for Mr. Trudeau.

Why? Drilling down on the issues brings up a curious conclusion. Canadian media never criticize this political leader. Since becoming party leader in 2017, the reputation of Jagmeet Singh has remained entirely sacrosanct. In the meantime, the NDP leader has brought his party nowhere but downhill. The party held 46 seats at the time of the Singh takeover. Today, they control just 25 seats in Parliament.

Why then is Jagmeet Singh establishment media’s “golden boy?” CAP offer our opinion:

Jagmeet Singh is New Democratic Party leader because people want him to be. Not the NDP caucus, but rather those who sit in the driver’s seat of Canada’s conversion to a post-modern socialist state.

We speak of World Economic Forum, of which both Trudeau and Singh are affiliates. Simply put, the powers that be want these men in their positions, and media support their wishes. Thus–at least in CAP’s eyes–a validation of government-media collusion at the highest level.

“Conspiracy theory!” shout detractors. At this stage of the game– and well before–we couldn’t give a damn. Our country, Canada, is being played like a fiddle solo from the great violinist Paganini.

Of course Jagmeet Singh should be gone by now. Yet, there he remains– along with copious amounts of silence as to the condition of the NDP Party.

Do tell, Mr. Toronto Star. At the risk of insulting you over your precious pronouns, tell us why you stay silent. Is there no in-fighting within the NDP, as you constantly rant about regarding the Conservative Party? Not one word of dissention among NDP members of Parliament? Or are you just another globalist puppet in a media act for the deception of 38 million Canadians?

CAP stand by our original proclamation. A major part of the seduction is centred on Liberal government-mainstream media subterfuge.

The “Silence of the Singh” speaks to this ominous condition in ” no core identity” Canada.