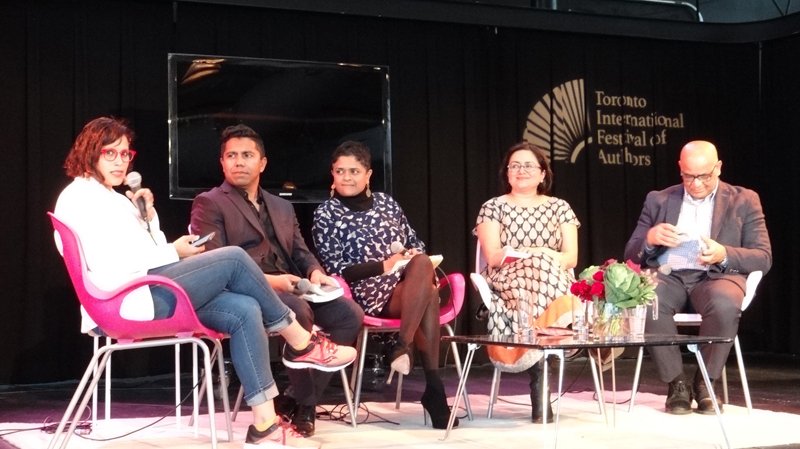 If there is a more strident Anglophone-hating Canadian journalist than Shree Paradkar of the Toronto Star, CAP cannot think of who this would be.

Simply put, after following Ms. Paradkar’s writing over the past several years, CAP is of the opinion that this lady has an unbridled malevolency toward Anglophone-Canadians.

“Nothing Cherry said is newly offensive. He should have been thrown out long before this. Many love hockey despite what Cherry — ostensibly the vocal face of hockey in Canada — represented: a right-wing nationalist white male-centred viewpoint that divided people into us and them, “us” the strong and noble, “they” the whiners and wusses.”

It’s one thing for Ms. Shree to maintain this belief system. It is quite another for the publishers and editors at Toronto Star to publish her “reverse racist” rants.

Would this be tolerated if the ethnic target group was, for example, Sikh or Muslim-Canadians? Yes– on a cold mid-afternoon in Tripoli, Libya. Yet, for some inexplicable reason(okay CAP could actually explain it), Canadian society maintains an entirely hypocritical stance on race and religion in Canada.

Here it is: Racism only exists in a “Anglophone against non-Anglophone” capacity.  For Shree Paradkar, Jasmine Zine and others like them, white Canadian is monolithically racist.

Bigotry is in our blood, xenophobia within our DNA. Media figures are sanctioned to throw “whitey” in the trash bin, while Islam remains sacrosanct within society. Who made up these rules? Please do tell–where is the social “equality” intrinsic in the concept of multiculturalism and diversity in Canada?

Answer– it doesn’t exist–as witness by Paradkar’s perpetual denigration of Anglophone Canada. So Shree hates white men. Fine and dandy–there’s nothing illegal about this. However, Canada has very specific laws regarding hate crimes, racism against identifiable communities, and bigotry toward specific religions.

Very nice– but these rules do not apply to white Canadians. Why the singular exemption?

Imagine this, if you will: Toronto Star goes insane and offers this writer(me) an oped piece in their illustrious news publication. I write it up, informing Canadians that “XYZ” religious community hate Anglophones.

What trans-pires, Ms. Shree? Said writer is slammed as a bigot, demonized as a racist, and dragged through the collective mud of Canadian consciousness. Yet when Shree does the same toward whitey, she is a “multicult” hero.  What a steaming pile of non-sense!

Within her anti-Anglo rant, Paradkar states the following: ‘We didn’t know” doesn’t come with humility or a willingness to learn.”

See how they roll, fellow patriots. For these Canada-bashing Third World media people, meat head Canucks “must learn”–meaning we are stupid and dumb--a complete stereotyping of our people.

And of humility? Where is yours, Shree Paradkar? You certainly don’t have enough humility to write a single sentence of positively regarding Canada, its founders, its European heritage, our human rights legislation(European in origin–not from Pakistan), the democratic structure the British brought to our country, or any other aspect of Canadiana which involves white people.

All Paradkar knows how to do is bash and trash Anglophone Canada, its citizenship, as well as those who symbolize Old Stock Canada, such as Don Cherry. In truth, people like this want Old Stock Canada gone–and the prime minister of our nation agrees.

CAP have a piece of advice for Shree Paradkar and her demonization of Anglophone Canada– back off right quick. But she won’t,  and neither will the Torstar publishers who love throwing Anglophone Canada in the trash bin.

“[Ron] MacLean, whose apology came before Cherry was fired, could have said that he wouldn’t go on the show with Cherry again, that it went against his principles to do so.”

Does he see the privilege inherent in “not catching it?”

There it is, brothers and sisters– that old damning reference to “white privilege.” Do tell, Ms. Paradkar, how the fact that white Canadians are the singular community exempted from King Justin’s “multicult protection act” translates into a privilege.

Is it not a privilege that a Third World-centric supremacist like you has an inherent right to slam white Canada on an ongoing  basis? Does the reverse exist toward writers trashing Sikhism or Islam?

So who exactly are the true privileged? As it happens, Anglophone Canada will within the next 2-3 decades trans-sition to a minority community. Another privilege? Surely you jest–you have spent the past three years informing any one who would listen that being a minority in Canada is the most awful  social condition imaginable.

Minority status for our people– a privilege for Anglo-Canada, Ms. Shree Paradkar?