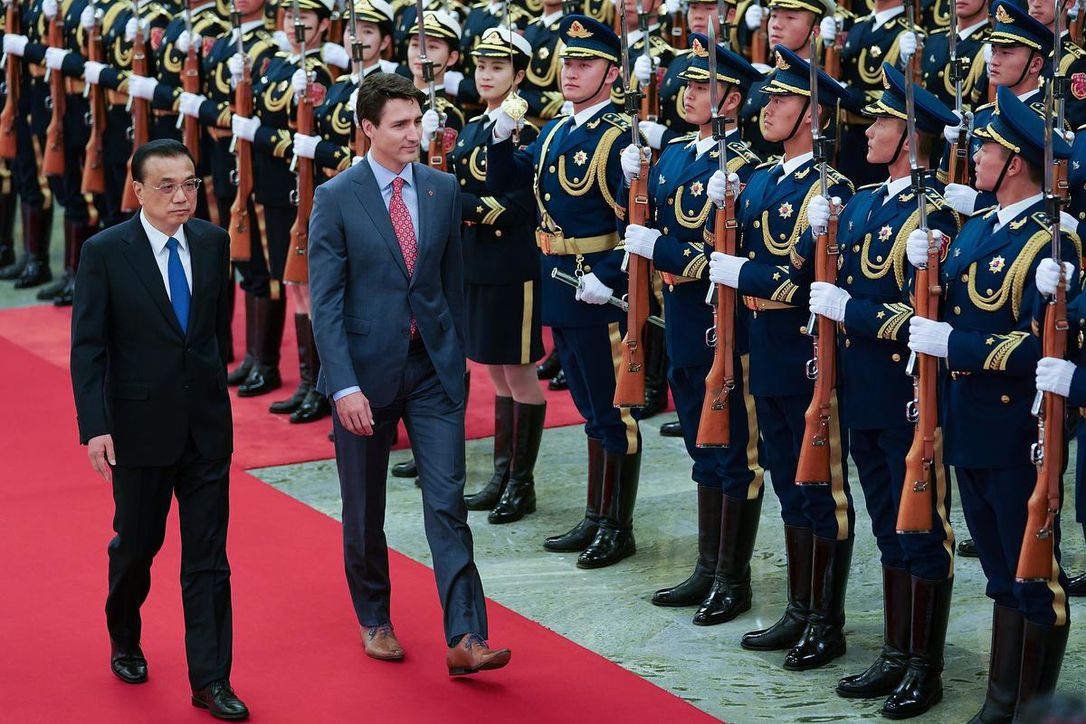 According to a leading Canadian news source, Chinese police are now controlling the company that collects personal information for citizens applying for visas to Canada.

Globe & Mail News are reporting that “people working inside the visa centres are members of the Communist Party, recruited from a school that train the next generation of party elite.”

In an atypical act, Canada’s Globe & Mail have exposed a case of the government of China being granted access to private data by the Canadian government.

Another example sheds light on a most curious relationship between the governments of Canada and China.  In July, 2020, the Liberals awarded a $6.8 million contract to a state-owned Chinese company to supply security equipment for 170 Canadian embassies around the globe.

The contract was awarded to Nuctech Company, a security organization controlled by the Chinese government.  Nuctech was founded by the son of a former General Secretary of the Chinese Communist Party.

Why would Justin Trudeau and the Liberals open the door for all this private data to be controlled by Chinese authorities?

In terms of this covert relationship, moving to the current Covid pandemic reveals additional spurious details:

In September, 2020, Liberal Health Minister Patty Hajdu was asked about comments she made after dismissing a question about  China under-reporting  cases of Covid-19. Hadju labelled this a “conspiracy theory.”

Minister Hadju also stated that the federal government has “no reason to believe the Chinese government is hiding the extent of coronavirus infections and deaths.”

In November, 2020, Conservative Leader Erin O’Toole accused the Liberal government of putting too much emphasis on partnering with a Chinese company to develop a COVID-19 vaccine.

According to the Canadian Press, O’Toole said the Trudeau government “only turned its attention to vaccine doses from Pfizer and Moderna when its collaboration between Chinese vaccine-maker CanSino collapsed.”

More from the atypical source article:

Chinese security services “obviously have a huge interest in mining visa data,” said Robert Potter, a cyber-security consultant who worked as an adviser to the Canadian government.

The data could be used to “bar people from leaving China. For some people, like the country’s Muslims, even applying for a visa to get out of China is enough to get flagged as a terrorist.”

Stop the press: CAP are now completely mystified. Justin Trudeau has for five years been positioning himself as “human rights advocate-saviour” of the world.

“We will always stand up for the rights of the oppressed” has been Trudeau’s general vibe since day one. Do the contents herein not declare his words as hollow as a 100-year old tree trunk in Banff National Park?

In a situation where Justin Trudeau must choose between “two masters” he cannot arrive at a “win-win” outcome. That is, except for one card up his sleeve– if Canadian media refuse to tie together the pieces to expose our PM’s fraudulent agenda.

Opposition parties have called on PM Trudeau to reconsider the contract. MP’s have written to Immigration Minister Marco Mendicino and Public Services Minister Anita Anand expressing “serious concerns around the security of  the information handled.”

If CAP didn’t know better, we would conclude that the Liberal Government of Canada work for the  government of China. Then again, we have a reputation as “conspiracy theorists.”