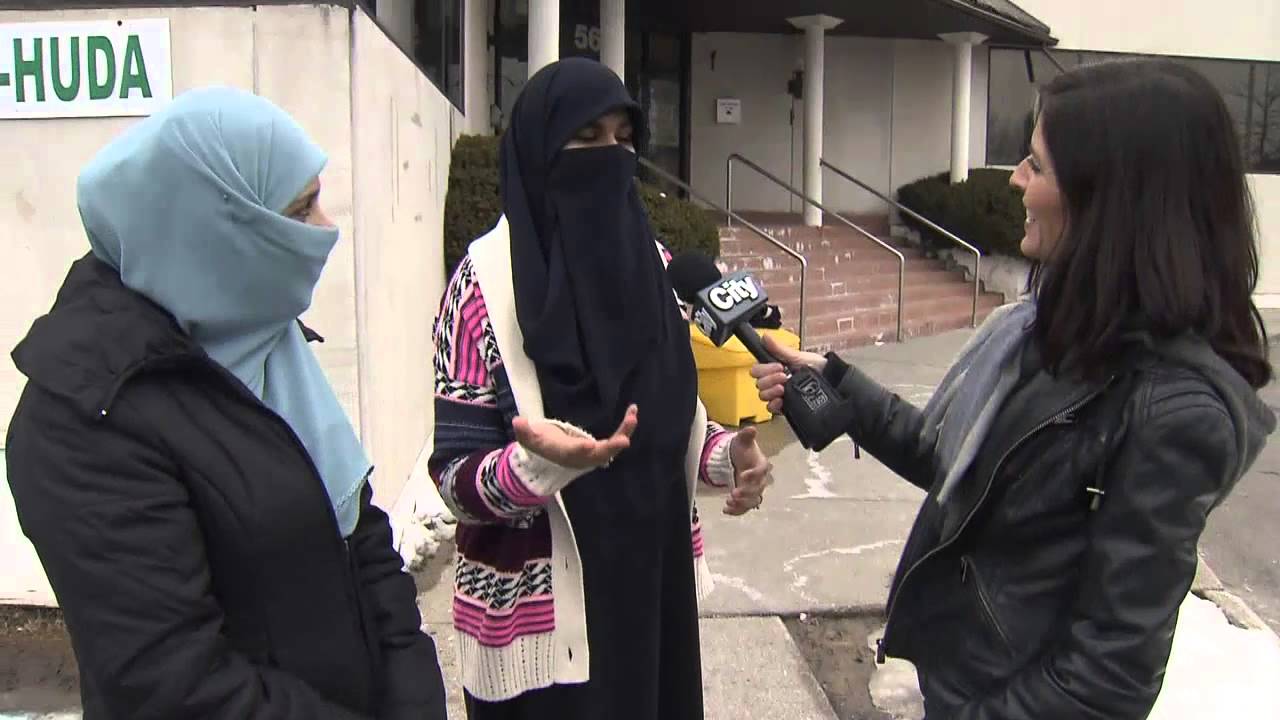 The Bloc Quebecois is calling for the controversial secularism law passed in Quebec to apply to all federal government services in that province — including voting.

Holy Cow. Talking about a set-up for social justice warrior push-back. Yet, as informed Canadian understand, our nation must adapt to the ways of the Third World, while sublimating all aspects of Canadiana, and our traditional values.

Anyone recall the case where a hijab-clad Muslima demanded our nation drop 150 years of traditional based on the new arrival’s personal whims? The lady wanted to keep her face covered during her citizenship ceremony. Naturally, this led to no small degree of social consternation among Canada’s 36-odd million citizens.

Should she, or shouldn’t she? Guess who won out? The migrant, of course. This is what occurs when a gang of snowflake liberal lawyers get hold of the case like this. “It’s a charter-breach!” they exclaim. How about exclaiming this tid-bit, Mr. Leftist Lawyer– female genital mutilation has occurred in Canada. It is not only a Charter-breach– it is a breach of the Canadian Criminal Code.

Commentary from snowflake lawyers on this one? Nothing at all. Shocking, really. Yet, dollars-to-tim-hortons the leftists begin ranting and whining about the hijab-voting issue.

Of course they will. We live in a Trudeau Canada. A nation where the desires of a single new arrival results in a breach of protocol in place since Canada was founded in 1867. Power to the people– as long as the people are non-Canadian, non-Christian, and non-Anglophone.

“Under the current rules, anyone who shows up to vote while wearing a religious face covering who does not want to uncover their face is required to make a solemn declaration that they are the person they claim to be. Other types of face coverings are not allowed.”

Right–no face coverings, period. Meaning those meat-head white supremacists do not get to wear their KKK hoods when voting in the October election. “It’s worse for Islam,” opines Sheema Khan of the Globe & Mail.  “This is outrageous!” say National Council Of Canadian Muslims.

Of course, it’s not nearly as outrageous as the Islamic nation of Pakistan charging an additional tax for Christians, simply for the reason of being Christian. Not seeing Pakistani national MP Iqra Khalid slamming this one, now are we?

Not a chance she ever will. Within post-modern Canada, only one form of racism exists–that of white against non-white. IMAM’s preaching hate in Canadian mosques? Forget about it!  This is Justin Trudeau’s Canada– we don’t go in for saying even a single word against our ruling government’s chosen religion

At the end of the day, the issue is one of balance. This is fundamental to western liberal democracies–therefore you know King Justin will never do it. The goal is to optimize individual rights against the will of the majority. As it happens, Trudeau cares about the will of the majority to the same extent Osama bin Laden cared about the eucharist.

For Trudeau, the “little people” Old Stock Canadians are  nothing more than pests getting in the way of his greater agenda–the trans-formation of Canada from democracy to dictatorship.

Out of 37 million current Canadian, how many are likely to want to cover their faces while voting? Let’s be generous here are say 500. Okay, perhaps 1000 at the most. What Pierre Trudeau’s Charter tells us is that the rights of this tiny sliver of society must take precedence over 99.9% of voters in Canada.

This is the Trudeau Dynasty’s Canada. It is multiculturalism and “die-veristy.”  Where is the balance? Easy–there isn’t any. All macro-rights– the desire and will of the Canadian majority— have by way of the Trudeau family been tossed aside for the .000001% of Canadian hijab-wearers.

Such disrespect. Then again, this is all a patriotic Canadian should expect from a member of the Trudeau clan. Seems running down Anglo-Canada is their finest skill. Justin Trudeau enjoys branding white Canada racist and bigoted. So to his Middle Eastern Liberal posse of reverse-racist MP’s.

Pure hypocrisy. This is the state-of-affairs our nation finds itself in after four years of the malevolency of Justin Trudeau toward Anglophone and Christian Canada.

As its most basic, permitting Islamic face-coverings equates with permitting Sharia Law to take root upon Canadian soil. No wonder Justin Trudeau never says a word against this.