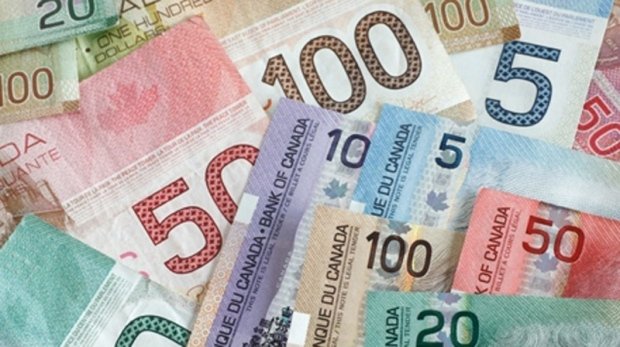 China’s “semi-historic” devaluation is rippling across financial markets today, taking the Canadian dollar down with it, among others.

Other commodity-linked currencies, like the Australian and New Zealand dollars, are also being hit, even moreso than the loonie as the U.S. greenback also rises.

The move by China’s central bank today is hurting such currencies because the country is such a big importer of commodities. When its currency tumbles, it loses buying power.

The central bank’s move was seen by some market watchers not as part of a “currency war” but rather a transition to a “possibly more transparent and market-oriented fixing methodology,” as Société Générale put it.

Beijing’s action most affects the currencies of the countries that do a hefty amount of trade with China, notably Australia, New Zealand and Japan, said Greg Moore, senior currency strategist at RBC Capital Markets.

“For CAD, the impact is less clear and would come indirectly through either the broad reaction of USD or commodity prices,” he added, referring to the Canadian and U.S. dollars by their symbols.

“The reaction in both of those channels has been mixed, but I would say the risk is tilted toward a higher USD/CAD (broad USD strength and pressure on commodity prices.)

By that, he means the Canadian dollar is likely to tumble even further.

“Today’s move in the loonie is more suggestive of a stronger USD off of this move than anything else, but softer growth prospects in China could hit commodities and commodity currencies in the medium term (keep an eye on Chinese retail sales tomorrow) and that could be another reason to stay underweight the loonie,” added Bipan Rai, the director of foreign exchange and macro strategy at CIBC World Markets.

The People’s Bank of China devalued its currency – the yuan or renminbi – for the first time in two decades.

That filtered through currency and stock markets alike, affecting, for example, major exporters who ship goods such as autos to China.

“Today is semi-historic in that China has devalued the renminbi for the first time since 1994,” said John Normand, JPMorgan Chase & Co.’s head of foreign exchange, commodities and international rates research.

“That adjustment was about 50 per cent and today’s less than 2 per cent, but when the world’s second-largest economy alters its exchange rate regime for the first time in over 20 years, the implications are worth unpacking.”

Among those implications is the hit to commodities and the currencies that are linked to them as it underscores the “China business cycle context” that spurred the central bank to action.

“So insofar as today’s PBoC [move] highlights underlying growth concerns, it is as negative a signal for near-term commodity demand as the past nine months of interest rate cuts have been,” Mr. Normand said in a report.

“We could be more optimistic on the link between stimulus and commodity demand if China weren’t such a leveraged economy,” he added.

“Thus we’re comfortable holding a number of shorts in these markets like [the loonie versus the U.S. dollar.]”

China’s central bank devalued by 1.9 per cent by adjusting its daily fix to the American dollar.

“China’s renminbi has been dragged higher in the last 12 months despite an underperforming economy because of its peg to the U.S. dollar, which has been gaining on expectation of higher interest rates in the United States,” said analyst Jasper Lawler of CMC Markets in London.

“A stronger renminbi contributed towards a slump in Chinese exports in July so Chinese authorities have addressed the issue directly through currency devaluation to make China’s exports relative cheaper abroad.”