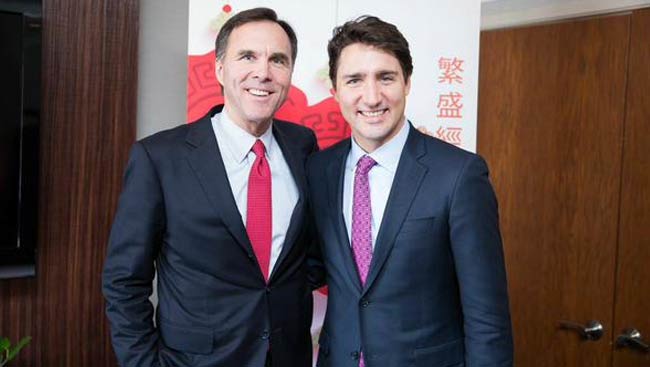 A Canadian needs a lot of fingers to count how many scandals Justin Trudeau has been involved in as prime minister of Canada. Some, such as SNC Lavalin are well-known, but many others have been neglected by Liberal-funded mainstream media. Such is the case behind the deaths of Barry and Honey Sherman.

“The 75-year-old chairman of Apotex and his 70-year-old wife Honey were found dead of strangulation in their Toronto home,” police said. “Media reports said they were both found hanged next to their indoor swimming pool.”

Apotex is the largest maker of generic drugs in Canada– as well as manufacturer of Covid antidote Hydroxychloroquine. The Shermans’ fortune was estimated at more than US $3 billion.”

At the time of death, Mr. Sherman was looking at a potential five-year ban on lobbying the Liberal government, if it were proven he ran afoul of rules prohibiting lobbyists from influencing office holders they helped get elected. According to government court documents, Sherman tried to block subpoenas of two Apotex executives issued by Canada’s Commissioner of Lobbying, Karen Shepard, that would to compel them to speak with investigators.

The situation suggests a connection between the deaths of the Shermans, and the ruling Liberal government of Canada. It is arguable that an association between Justin Trudeau and Barry Sherman would negatively impact Trudeau’s chances of becoming prime minister. At the heart of the investigation was a fundraising event held for Justin Trudeau at the Sherman home in early 2015.

“In light of Dr. Sherman’s passing, the purpose of the investigation to ensure his compliance with the (lobbying) code can no longer be fulfilled,” Commissioner of Lobbying Nancy Belanger said in a letter dated January 24, 2016. Belanger cites the billionaire’s death in December as the reason for ending the investigation.

A second fundraiser organized by Sherman for Justin Trudeau  occurred in 2016, as well as one focused on Liberal Finance Minister Bill Morneau. Reportedly, it was dropped due to a lack of evidence.

In a report cited by the Toronto Star, Phil McIntosh, director of investigations for the lobby commission, stated that “the directorate found evidence indicating Mr. Barry Sherman engaged in political activities that risk creating a sense of obligation on the part of  public office holders” via the August 2015 Justin Trudeau fundraiser. If proven, it would constitute a breach of the federal Lobbyist Code of Conduct.

Because media turned a blind-eye? For what reason– because our ruling government “felt it best?” How does one verify this to be the case? We cannot. However, we can put forth the idea that Justin Trudeau’s billion dollar media pay-outs resulted a lack of media scrutiny.

This is not the first time media has disassociated PM Trudeau with grisly murders. Consider the case of 13-year old Melissa Shen. The Canadian girl was allegedly murdered in 2017  by a Syrian refugee  in a suburban park in Vancouver. Moving to the year 2022, the case has has still not gone to trial. During this five year period, media have not published a shred of relevant detail.

What connection has media made between the Shen murder, and the fact that the accused is one of Justin Trudeau’s original Syrian refugees– who PM Trudeau stated he was “personally responsible for” subsequent to their arrival. No connection has ever been made. The same applies to the Danforth murders of two teenage Canadian girls by another Syrian refugee in 2018. Who is responsible for this person’s intake to Canada?

Justin Trudeau, prime minister of Canada– along with Somalian citizen immigration minister, MP Ahmed Hussen. What statement did he issue in response to the tragic double-murder? Nothing at all. Degree of mainstream media focus– also nothing.

What to conclude? Some ideas: Immigration policy is more important to government than dead Canadian school girls. Refugee policy takes precedence over the lives of 13-year old Canadian girls. Protecting Justin Trudeau is more important than the truth about and why Barry and Honey Sherman died under most gruesome circumstances.

In April, 2022— four and a half years after the date of the Sherman murders– Justice Leslie Pringle declared the Barry and Honey Sherman murder case “too sensitive to release more case documents.”

Let concerned parties face the facts: this case is never going to be resolved– and there’s a darn good reason for it.