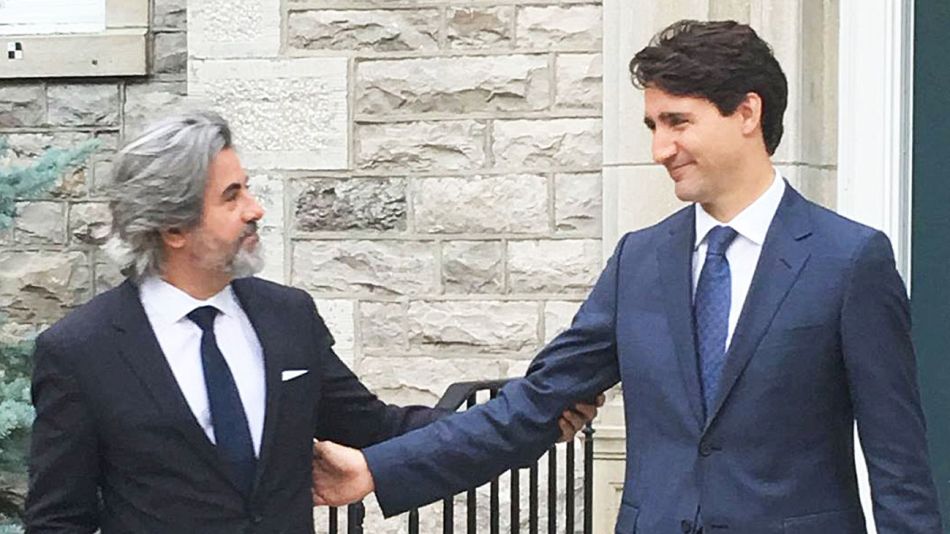 “The Canadian government has funded a booklet for parents and teachers on how to teach children to be anti-racist and suspicious of classmates who bolster free speech.”

One could conclude it is more of an anti-free speech project. The right to freedom of expression is recognised in the Universal Declaration of Human Rights and international human rights law by the United Nations. PM Justin Trudeau’s Liberals live and breathe by way of tenets espoused by the U.N.

It is the reason why Canada serves as a perpetual repository for refugees from “underdeveloped nations.” Meaning that instead of their own governments taking care of their poor, Canada has to do so.

All standards of United Nations policy; each one adhered to in full by the Trudeau government. Yet, when it comes to the traditionally leftist policy of free speech, the Liberals want out.

In this dynamic, Canadians come to comprehend the nature of post-modern Liberalism. At a core level, it isn’t Liberal at all. Lorne Guntner from the Toronto Sun sheds light on its condition:

“Throughout the pandemic, I have almost daily received emails containing statements or memes depicting the Canadian PM as a totalitarian despot.”

Upon which CAP open the door to a taboo topic. What constitutes “left’ and “right” in our society? Media has definite ideas on the topic. Everything that Justin Trudeau advances is leftist, and everything he hates is “right wing.”

Article 19 of the United Nations Declaration of Human Rights:

“Everyone shall have the right to hold opinions without interference and everyone shall have the right to freedom of expression; this right shall include freedom to seek, receive, and impart information and ideas of all kinds, regardless of frontiers, either orally, in writing or in print, in the form of art, or through any other media of his choice.”

We juxtapose this with opinions from two Canadian scholars:

“Bill C- 11 all internet content as subject to the same CRTC regulation as the CBC. I can’t believe I read it correctly. Government are clamping down more viciously than any other developed country.”

“It’s truly frightening. It’s the imposition of an ideology. It is shameful that the Canadian press are not saying we are not having this.”

Justin Trudeau’s internet censorship agenda may be disaster, yet in a way, it’s not the biggest one. This comes in the fact that nothing exists which will prevent the Liberal Government Censorship Committee from passing the legislation.

“Free speech has become a rallying call for the far-right.”

— Barbara Perry, director of the Centre of Hate, Bias and Extremism.

Left-wing, or right-wing? When government, media and academia team up to define these terms, they are whatever they want them to be. Canadians are buying the sales job.

“The final recommendations of an advisory panel on the federal government’s proposed online harms legislation didn’t rule out the idea of regulating the truth.”

When Liberalism regulates truth. What an oxymoron. Such a circumstance in no manner jives with classical liberal philosophy.

Freedom of expression has a history that predates modern human rights. It is thought that the ancient Athenian democratic principle of free speech emerged in the late 6th or early 5th century BC. Freedom of speech was vindicated by Erasmus and Milton. Edward Coke claimed freedom of speech as an ancient custom of Parliament in the 1590s, and it was affirmed in the Protestation of 1621.   England’s Bill of Rights[1689] legally established the constitutional right of freedom of speech in Parliament, still in effect today.

Notice anything thematic within this Wiki-derived information?  Freedom of speech is a critical element of British governance as rooted in democratic principles.

No wonder Justin Trudeau and Minister of Heritage(laughable) Pablo Rodriguez are attacking it. These days, government doesn’t much go for western democracy– or Canadian heritage, for that matter.  Our PM and Cabinet are far deeper into neo-communism than anything else.

Rex Murphy on Bill C-11: “China is fired only by a set of narrow ideas from which no deviation is allowed. Bill C-11 is a disaster.”

Translation: The government of Canada has turned away from western democratic principles. Their leadership style is an emulation of China’s governance. Never in a million years will establishment media in Canada allude to this circumstance. Why not?  Because they are funded and controlled by government. The same structure exists in China and other authoritarian societies.

Now, the bad news. There is no reason to believe Trudeau will not get exactly what he wants– full control of internet content. Who opposes it? Facebook, Twitter, Google. Why? Because the goal inherent is to take back revenues lost to social media. One must understand the nature of Liberal post-modernism.

Government and legacy media are a team in a war against social media, and therefore freedom of speech itself. Not only are massive revenues up-for-grabs. This pales to the most important element of all– controlling the mindset of the population. China is the source, and Justin Trudeau has instilled this in Canada. It’s the essence of communist social control.

What constitutes left and right wing in Canada? Whatever government says. The fact that the two have inverted their definitions means nothing.

Own the language, and you control general public consciousness. Canada’s “progressive” Liberal government are going to own all of it. For the benefit and safety of the public, of course.