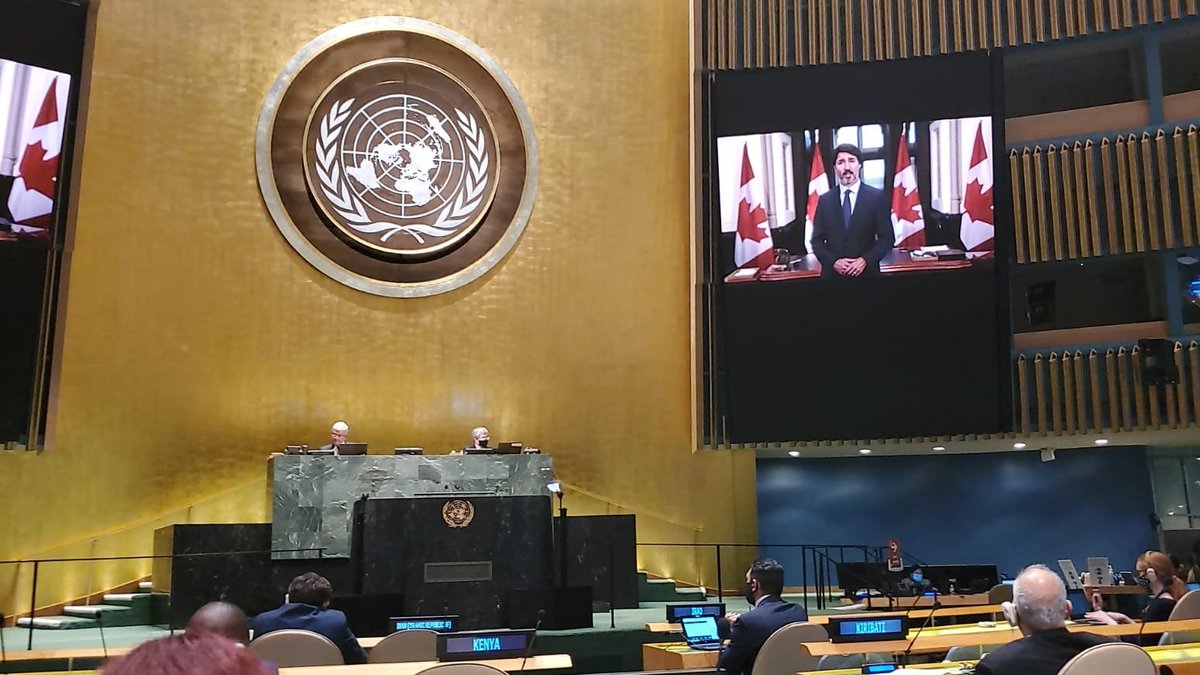 A senior Canadian official at the United Nations has issued a statement that Canada’s Great Reset agenda “will involve Canada leading discussions with the World Bank and International Monetary Fund.”

Canadian Prime Minister Justin Trudeau informed the United Nations General Assembly that the pandemic “has taught us difficult lessons about inequality, both at home and between countries”

The prime minister made this statement in a recorded video address to more than 100 world leaders in early December, 2020.

An immediate observation comes to mind.This  involves a discrepancy between the official role of a Canadian Prime Minister, and the manner in which PM Trudeau proceeds.

A Canadian PM’s top priority is to work on behalf of the citizenship of our nation. No mandate exists for said individual to unilaterally transfer the role toward an “ambassador to the world” job description.

Trudeau did it regardless. Mainstream media have no issue with a blatant hi-jacking of the role. What justifies such a transformation in the mind of Mr. Trudeau?

CAP can only speculate, but here it is:

Justin Trudeau is entitled to do such a thing–because he is a “Trudeau.” His father held an identical attitude–one of an ownership of a nation rather than working the will of the Canadian people.

Here’s a salient question if there ever was one: who does Pm Trudeau work for–the citizens of Canada, or the United Nations?

CAP go all-in on the latter. Based upon what government statute does our PM work in this fashion? The answer is simple–none at all. This man is not so much a national leader as he is a self-appointed king.

Any astute Canadian worth their salt knows that the World Bank and International Monetary Fund exist as archetypal forces of the globalist movement.

How blatantly Trudeau has made a decision to bow before these demi-gods of punitive damages toward western nations.  To add salt to the wound, sovereignty erosion is limited to western democracies.

Countries outside the western world  are not affected by a dissolution of national borders, or cultural identity. Due to minimal immigration and refugee intake, these countries have the privilege of a retention of cultural identity.

What a curious situation this is–or would be, if establishment media ever dwelled on the topic for even 10 minutes. CBC and the rest also toss aside the fact that since the moment Justin Trudeau became PM, he and his Liberals have donated well over one billion dollars in Canadian tax-payer funds to the nations above.

Just think of the impact of a re-direction of these billions toward domestic needs in Canada would affect our nation.

Fair to speculate that our country would be over-the-moon in terms of economic growth. Consider how much less the amount of federal deficit in Canada would be. How about millions pumped into urban infrastructure development.

It’s really quite insane when one thinks of the situation in this manner. However, to provide context, it is not Justin Trudeau who invented this political and economic dynamic.

It is, however, a naive, inexperienced Justin Trudeau who is the individual that elevated all this to its highest historical levels. Throwing around our tax-dollars like a man possessed, Mr. Trudeau appears to have one issue prioritized above all others:

Himself. Globalism is not merely a political cause for Trudeau–it is his very DNA itself. To add insult-to-injury, for as long as our reigning prime minister maintains his crown, his behaviour will remain cast-in-stone.