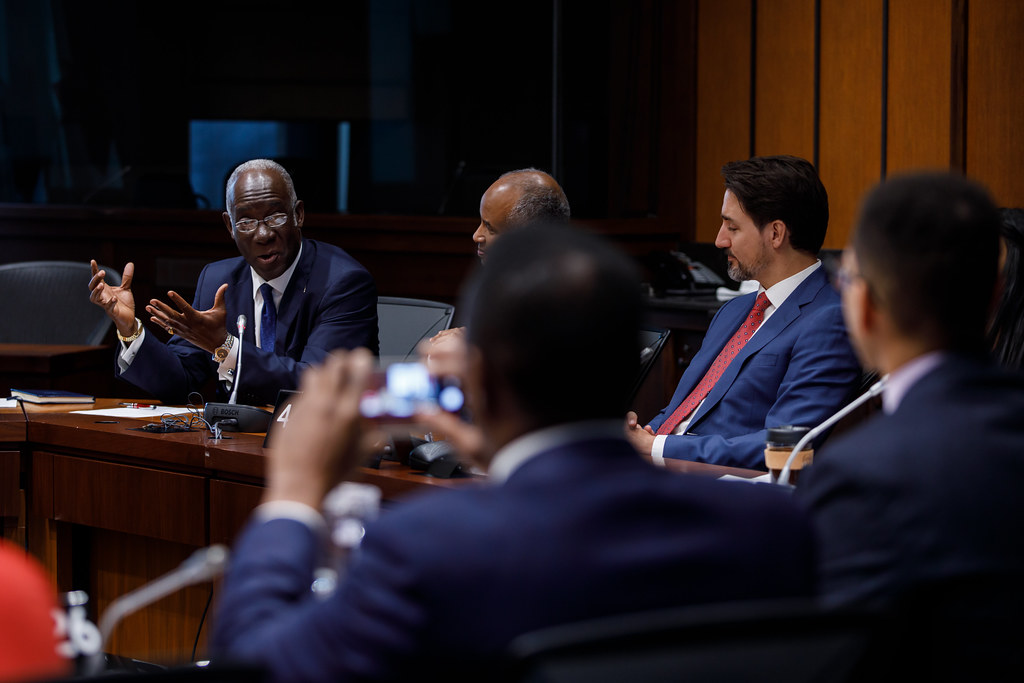 “You banned guns a couple weeks ago and now you add straws to the list —  this is like a dictator starter kit.”

How about that for mocking our nation? With woke ideology ruling Canada, sensible citizens should expect no less. The rest believe what they see on daily newscasts from the CBC.

“First it was the guns. Then it was the straws. These poor Canadians!! They don’t have any rights left!!”

A roundtable discussion on Fox News delivers the perspective. Host Ben Ferguson, who at 13-years of age became the youngest radio show host in the United States, dishes the dirt along with four female guests.

In simple terms, they are laughing in our faces. Yet, away from public mocking is found a serious message. It’s one thing for PM Justin Trudeau and his Liberal Cabinet to transfer Canada to a dictatorship. It’s quite another when Canadians sit back and let it occur.

Not that sporadic uprisings haven’t materialized. They have, but in no way have they been powerful enough to stop the agenda. Punitive measures coming from government and media are a bit too deep to deal with.

We must place erasure of individual freedoms in context. Politically correct woke ideology means that to stand against government is to be branded a racist or white supremacist. The impact can affect a citizen’s standing in their community, as well as employment stability. Family relations can be compromised. Such as person could risk having their bank accounts frozen.

Let us think back to rejection of government policy-ideology of the past. Was the fate of citizens not similar for those who pushed back against fascist governments of mid-20th century Europe? How about under Chairman Mao during China’s Cultural Revolution of 1966-1976? Why is it different when institutionalized by the Liberal government of Canada?  Simple answer– it isn’t. It’s the same, or damn close.

An article by Ethan Freedman from Yahoo News offers the following headline:

Upon which CAP mock their mocking. This isn’t the situation at all. What really went down is that five Americans mocked Canada and Justin Trudeau in an embarrassing manner. Leave it to mainstream media to turn truth inside-out.

“The people in Canada, you might want to wake up. We take your guns …now we’re gonna take away your straws. You’re not gonna have a lot left pretty soon.”

Is Ferguson correct? Can it be a pending reality that Canadians are not going to have a lot left? That is, apart from a neo-totalitarian society propagated by Justin Trudeau, Chrystia Freeland, Omar Alghabra, Marco Mendicino, Bill Blair, Ahmed Hussen, and Pablo Rodriguez?

Cultural Action Party believe it to be true. We also believe that if not for CBC, CTV, Globe & Mail, Toronto Star and the rest of legacy media, millions more Canadians would clue into the concept.

Yet, by-and-large, Canadians continue to sit back and drink the woke medicine. A certain duality– pre-meditated and calculated– may explain part of the phenomenon.

As astute Canadians are aware, the Liberals like to break down– and thus divide– community from community. Racially, ethnically, sexually– it is part of their modus operandi.

Let us consider which of these are most and least reluctant to buy what our Liberal-NDP Coalition government is selling. Most reluctant– “Old Stock” Canadians– those who remember ancient Canadian history– the state of our nation before Mr. Trudeau was planted as PM in 2015.

We speak of Canada’s old school type– white conservatives, working class, Canadian-born– those who would attend a Trucker’s Convoy in Ottawa or Southern Alberta. Solution? Brand them racist, “Islamophobic”, homophobic and the rest. Marginalize them. Degrade these people to a point of community vilification.

As for “new arrivals”– those lacking awareness of our national heritage– transition them to the apple of government’s eye. Because a high percentage of these people arrive from non-democratic societies, it’s  unlikely they recognize Canada’s slide into a socialist condition. It’s one reason why Trudeau loves them.

A brief comparative analysis illustrates our point. Flashback to 2015, and our prime minister is gushing over the intake of 35,000 Syrian refugees. See Justin Trudeau at the airport, clothing the newcomers with down-filled winter jackets. The intake program is heralded from coast-to-coast by media. The move exemplifies the essence of “no core identity Canada.

Fast forward to the Ukrainian War beginning in 2021. People are dying in the streets. Is Justin Trudeau’s enthusiasm for refugee intake comparable to what it was for the Syrians?

No, it isn’t. Nor do we see ex-Immigration Minister and current Multiculturalism Minister MP Ahmed Hussen falling all over himself regarding Ukrainian refugee intake. Why not? Because Ukrainians recognize communism when they see it, and are therefore less likely to join the rebellion. We come to the essence of Trudeau-brand Liberalism– it isn’t Liberal at all.

Rather, post-modern Liberalism is rooted in the art of subterfuge. The goal is to take advantage of all communities in Canada’s pluralist society. Each to be utilized for the larger global goal. LGBT, Sikhs, Whites, Transgendered, Christians. All of which perpetuates the “Woke Revolution.”

Top priority among the agenda is to establish a Liberal government for life. A one-party state. A western dictatorship– as radio host Ben Ferguson speaks of  in a most jocular manner.

The situation is not a joke at all. As we speak, our country is being transitioned from democracy to dictatorship. Or in reality, as we do not speak, for fear of government ruining our personal lives.

How’s that for Justin Trudeau’s promise of “Sunny Ways” Canada?