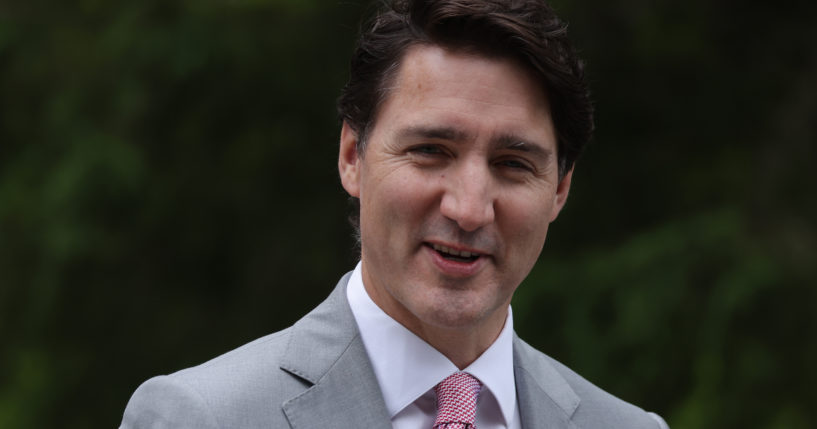 A study from the Organization for Economic Cooperation and Development (OECD) is predicting that Canada will be the worst performing advanced economy over the coming decade, as well as for decades after.

The report offers insights on whether Canadians can look forward to meaningful gains in average living standards in the decades to come. The findings are dismal. The OECD predicts Canada can at best achieve real per capita GDP growth of only 0.7 percent per annum between 2020-2030.

This places Canada dead last among forty nations designated as the world’s advanced countries. Economists will ring their hands over such data. Media will soften the blow on behalf of government. “It’s a worldwide trend” says the Financial Post.

This may or may not be. CAP are concerned with a vital question never to be addressed by “experts,” journalists or economists: is this situation intentional on the part of government?

CAP has been around long enough to know that mainstream society will scoff at this suggestion. Those who religiously read the Globe & Mail consider this kind of talk so much conspiracy theorist lunacy.

Due to neglect of a vital point, they may one day be proven wrong. The missing link comes in form of an agenda of political transformation. According to this theory(ours), all Liberal government decisions contain a common purpose as elements of a predetermined agenda to transform Canada from democracy to a socialist state.

If the concept has validity, then the ruination of the economy would play a vital role in our national transition. If one objectively reviews the near seven-year period since Justin Trudeau became prime minister, patterns emerge to add credence to our theory.

For over six-years, Justin Trudeau has used his personal power to weaken our country. Our self-evaluation as a society has never been worse– much of it due to the PM’s incessant desire to degrade Canadian heritage. By refusing to distinguish between historical prejudice and contemporary social conditions, Trudeau digs the knife deeper into the backs of “Old Stock” citizens.

The result is anger, resentment and social fragmentation. Its as if cultivation of prejudice against white Canadians will somehow result in an elevation of community harmony. The concept is illogical, but then again, so are all elements of Trudeau-brand Liberalism.

We doubt that social harmony has ever been a goal for this government. The very opposite– division among communities– seems a more likely desire. A unified general public being an effective antidote to neo-communist control.

The result has been a weakening of Canada’s cultural identity. Can these “intangibles” exist as a precursor to an advanced stage of national erosion? Is our economy next on the woke revolution to-do list? Signs point to it– deficit, personal and family debt, food costs, inflation, rising interest rates.

All of this developed in the wake of social fragmentation based on government accusations of “systemic racism.” The Canadian public school system has integrated anti-colonialism– a euphemism for prejudice against citizens of European heritage– into its curricula.

Under Justin Trudeau, Canada has transitioned to an anti-Christian, anti-Anglophone society. Not among our citizenship so much as within state institutions.

If Trudeau and those he works for– World Economic Forum, WHO, United Nations, China, Nation of Islam, Big Pharma-– chose to kill the Canadian economy, the Liberals will be forced to provide a remedy.

The sub-plot gets serious. A financial crash hits Canadians in the pocket book. A bad situation gets worse– to the point that citizens become desperate to secure their life savings, home equity, et al. They will do anything not to fall into the cracks of poverty. Meaning they will agree with any solution recommended by government– not that a choice would exist either way.

All of it functioning as political subterfuge with a purpose of converting Canada to an authoritarian state. Using this description, we attempt to keep the field open, so-to-speak. The right to vote in federal elections may still exist, but like other corrupt democracies, the process will be a charade. The Liberal Party will be government-for-life.

In other words, a pseudo-dictatorship. Other possibilities include the real thing. A socialist state, or an authentic communist nation. But the bottom line remains– Canada transforms to the “post-modern” society Trudeau smugly alluded to back in 2016.

As in any organized society, certain fundamentals exist– none more prescient than the woke warriors deepest dream: a social inversion among intentifiable communities of Canada.

The woke taste it on the tip of their tongues. Anglo-Europeans as the second-class citizens. The rise of immigrant-controlled Canada. Payback for colonialism; a pound of flesh for oppression of Aboriginals.

But first we need an economic crash. Global power-players deal in ideological as well as pragmatic solutions. Both must be in place in order for Canada’s “woke revolution” to occur.

What should be understood, but is not(media), is that Justin Trudeau is a post-modern socialist revolutionary. Like Mao Tse Tung. In the spirit of “close family friend” Fidel Castro. In reality, our prime minister is cut from the same cloth. Or at the least, as shaped into the condition by the likes of Klaus Schwab, Bill Gates and George Soros.

Canada circa 1867-2015 is over. In typical Canadian fashion, the public should become aware of it somewhere around the year 2035.

Unless the Liberals lose a future federal election.