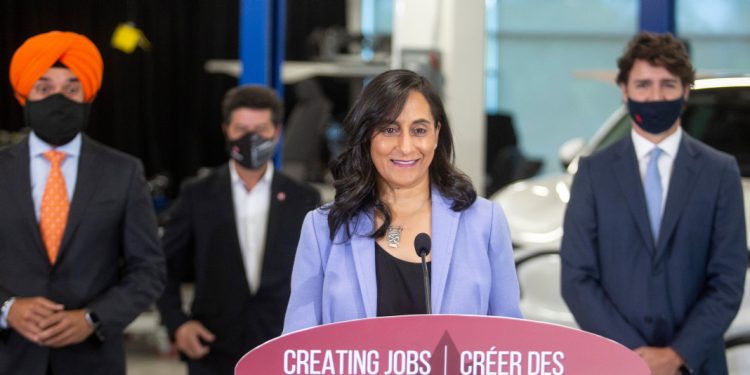 Within Covid-saturated Canada, a variety of social developments of an unprecedented nature have permeated society. One problem inherent in this situation involves how Canadian media choose to present these “post-modern” phenomena.

The current pandemic has ushered in laws and regulations which never before existed. The extent of control of society by way of Covid is unique– never in history have Canadians been forced to adhere to draconian state-instituted measures.

Here is one example of which all citizens should be aware:  Government-approved racial selection for Covid vaccines has now been instituted in Canada.

“The City of Hamilton is now accepting bookings for COVID-19 vaccine appointments based on the race of the applicants. The city’s official Twitter account announced that vaccinations are now available for booking by black and racialized Canadians.”

For Cultural Action Party, this is a monster of a social development. Not so for mainstream media–they have barely touched upon the issue.

To comprehend what has transpired is critical. This development has established a precedent of magnanimous proportions. If non-white Canadians can be placed ahead of white citizens for Covid vaccine injections, what is to prevent this dynamic from spreading to other elements of society?

For example, if Canada’s “racialized” communities earn less money than Anglophones, what’s to stop government from sending out larger cheques to recipients based upon racial identity?

How about…nothing at all. So it is that the ruling government of Canada could transition the issue of race to the pinnacle of government decision-making?

Think this out-of-the-question? Cultural Action Party do not. As we witness over and over, Justin Trudeau implements his transformative agenda on a piece-meal basis. Administering small “bite-sized” portions of change in social policy is the way the Liberals roll.

Do these thoughts conjure up imagery drawn from the psychedelic 1960’s? San Francisco— “be sure to wear flowers in your hair” type thoughts? How about the “1-2-3 we love thee” ethos of Expo 1967 in Montreal?

Those of us old enough to remember the idealism of this lone-gone era should be shocked at its contrast with contemporary society. Which is, of course, one reason why Justin Trudeau couldn’t give a flying fig about “Old Stock” Canadians.

Who can deny that the most destructive societies of history were hyper-racially oriented? The Jim Crow laws of the late 19th century. European race-oriented laws of the 20th century. Sure, the perpetrators and their targets may have “progressed”–but not the principal of the matter.

White, Black, Jew, Christian— regardless of a Canadian’s ethnic identity, history teaches us that race-based societies are bad news. Not only bad, but destructive.

Is this a state-of-society that our ruling government is hereby facilitating? What we have here is a situation so very typical of the Trudeau government:

“Accuse the other of what you yourself indulge in.”

This sentiment is, in fact, drawn from a successful fascist politician of the 20th century. Could this be applicable to life within Justin Trudeau’s “no core identity” Canada?

The fact is, Trudeau has spent the best part of five years tacitly communicating that “Old Stock” Canadians are racist, bigoted, and xenophobic. Conversely, Mr. Trudeau has placed 3rd World Canadians and new immigrants at the pinnacle of post-modern Canada.

Trudeau and his Liberals constantly rail against racism. The focus is so extreme it can be interpreted as obsessive in nature. Ostensibly, the goal is to reduce racism and bigotry. The irony is that after five years of anti-racism political messaging, division on racial and ethnic lines is more extreme than ever.

4 thoughts on “Canada Prioritizing Covid Vaccines Based Upon Racial Identity”