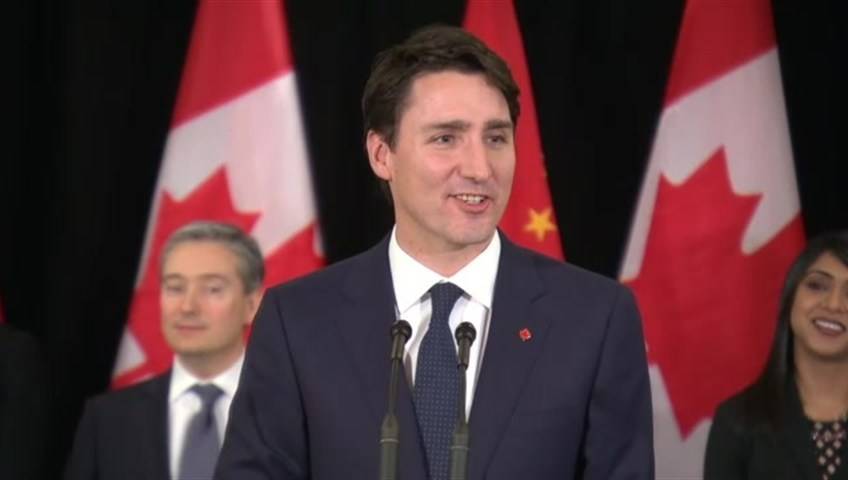 To post to facebook, click here:
Tencent’s “We Chat” is accused of being used by Beijing for censorship purposes and to crack down on public dissent.
According to Epoch Times, “WeChat counts over one billion active monthly users – a threshold it crossed in the early days of 2018. As of Q4 2019, it counted 1.17 billion users in all. In a league table of the world’s most popular messaging apps, this puts it behind only WhatsApp and Facebook Messenger, and fifth overall in terms of social media.”
Another day in post-modern Canada, another incident whereby the communist government of China gets its hooks deeper and deeper into Canada.
How about this one– published by CAP Media just this past week:
READ MORE: Trudeau APPROVES CHINA For Security Contract In 170 Canadian Embassies Worldwide
What to make of this  situation? Perhaps two schools of thought exist in this regard.
1) The opinion of the 3% of Canadians who comprehend that Justin Trudeau is trans-forming Canada into some form of satellite nation of China.
2) The 97% of Canadian who get their information from CBC, Globe & Mail and Toronto Star— meaning all those that media have DECEIVED into believing all is well with the state of Canadian democracy in the year 2020.
Such is the social condition as structured by Canada’s ruling government. Turns out an essence of China’s communism is permeating our society as we speak.
CBC, CTV, National Post or any other establishment media outfit in Canada hide all this away from the consciousness of Canadians as PM Trudeau trans-itions our dying Great White North from democracy to dictatorship.
— Brad Salzberg, Founder of CAP.