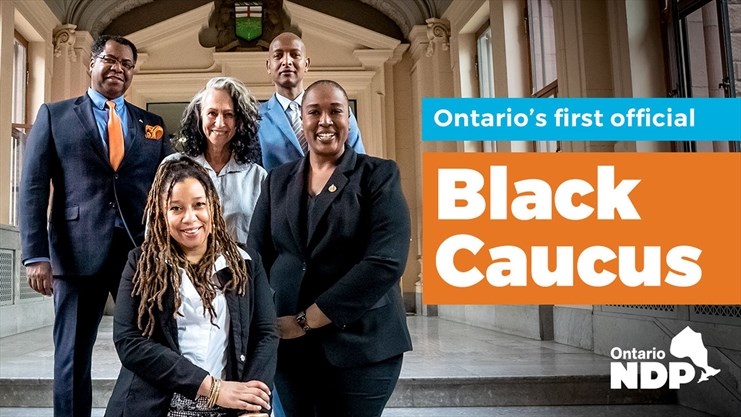 Political leaders in Scotland are calling for what they term “Anglophobia” to be recognised as a form of prejudice rooted in racism:

“I think we also need to recognise along with Islamophobia, Anglophobia. We would all agree any form of discrimination is completely unacceptable. It’s a particularly insidious form of abuse.”

While the context may vary, the sentiment has become critical to the Canadian narrative. As tabled by MPP Laura Mae Lindo, Bill 67 calls for prejudice against Anglophones to be integrated into the Ontario education system. Beneath the surface of the bill’s call for “racial equity” is an attack on caucasians.

Bill 67 is part of an insidious program of inverted prejudice toward our communities. Critical Race Theory has silently crept its way into our public education system. Not that academia is the only institution promoting “post-modern” racism.

The concept of Critical Race Theory emerged in the mid-1970s from of the writings of a collective of American legal scholars. It’s fundamental tenet espouses that white supremacy exists and maintains power through law.

In 2021, the Trudeau government quietly interjected CRT into federal government training materials. Within the pages, “whiteness” is defined as “specific dimensions of racism that serves to  elevate white people over people of colour.”

Let us be clear: our ruling government endorse the concept that the word “whiteness” directly equates with racism. Government promote the theory. Academics have provided their blessing. In turn, media tow the line.

Add it up and what do we have? Nothing short of systemic racism against an identifiable community– also known as a breach of the Charter of Rights and Freedoms.

Witness the irony! For the past six-years, Canada has been inundated with the idea that systemic racism is intrinsic to society. To remedy the issue, the geniuses on campus are promoting systemic racism against caucasians.

In Waterloo, Ontario, a Black Parent Council has been formed to deal with racism in the school system. “The council also welcomes families of Indigenous and racialized students.” Translation: no non-racialized parents permitted. Welcome to racial equity in Ontario.

Within Bill 67, “anti-racism” is described as “the policy of combating racism, such as anti-Indigenous racism, anti-Black racism, anti-Asian racism, anti-semitism, and Islamophobia.”

And which community, pray-tell, qualify as the oppressor of all of the above? The answer is Anglophone-Canadians– all of them. The vengeance-thirsty neglect to distinguish between historical and contemporary citizens. It is not without purpose.

This month in Ontario, an Ottawa police officer who was caught on video saying the “white man’s day is done” has been charged with multiple disciplinary offences under the Police Services Act.

Not only has “Anglophobia” permeated society– we are prohibited from voicing our  feelings on the matter. The officer has delivered a personal opinion. No breach of the law exists. The comments were made in a private discussion.

Visionary author George Orwell spoke of this exact circumstance in his dystopian novel “1984.” This has now come to Canada. Lo and behold–Justin Trudeau has transitioned Canada to a neo-communist state.

Call Cultural Action Party nihilistic, but we expect all of this to get far worse before it gets better. If it ever gets better, period. If not for media obfuscation, many more would understand the nature of our societal transformation. The press are paid by the Liberal government to cover it up.

What we have on our hands is silent revolution. On a caustic level, it’s “payback time” for so-called oppressors of racialized Canadians. This is the true nature of Critical Race Theory, of which Bill 67 is a derivative.

And talk about momentum. The “oppressed” have the privilege of everything going their way. Government, media, Marxist-infused universities, as well as the Canadian corporate world. You name it, and “Anglophobia” is ready-to-roll.

Back in Scotland, we witness a shared mindset among educators: “It would be not be appropriate to amend a motion on Islamophobia to include Anglophobia.”

Upon which CAP cough into our Tim Horton’s coffee cups. Chances of this being advanced by political leaders in Canada range between zero and nothing. It will never happen. While citizens slept for the past 50-years, multiculturalism has morphed into a political weapon. The outcome is quintessentially Canadian. By the time the general public come to understand what took place, the agenda is too deeply entrenched to reverse the process.

As a reference point, we find this exact phenomenon in the pages of Sun Tzu’s “The Art of War” written in 7th century BC:

“The supreme art of war is to subdue the enemy without fighting.”

Congratulations, Canadian academia. You will be receiving an A+ on the test.