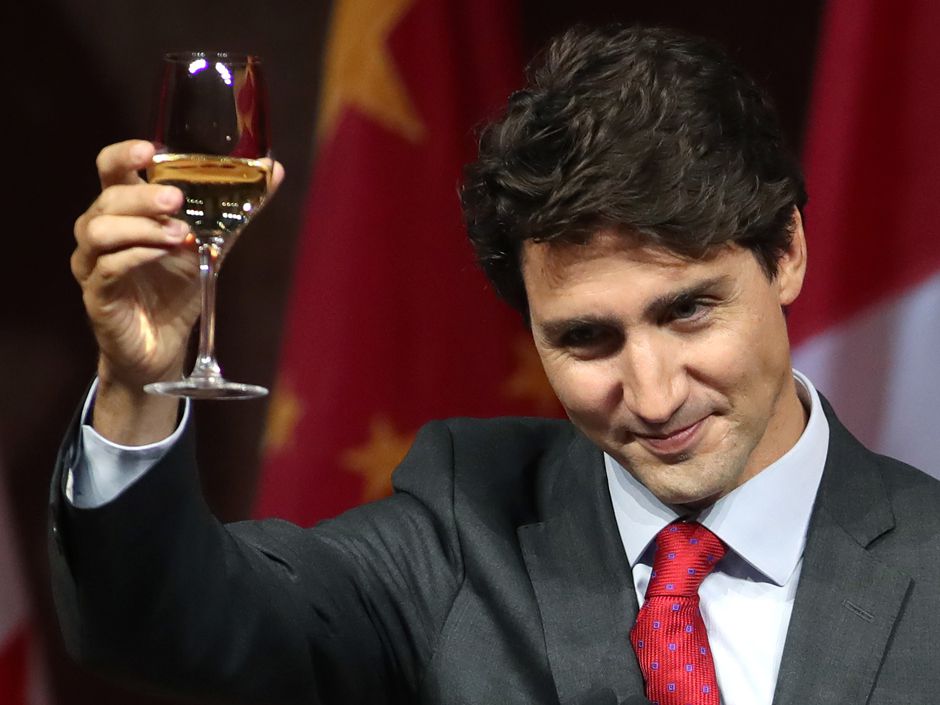 Charles Burton is a senior fellow at the Macdonald-Laurier Institute of Canada, and senior fellow of the European Values Center for Security Policy.

An expert on Canada-China relations, Mr. Burton has not been afraid to expose the nefarious relationship between these two countries. In this Burton remains anathema to mainstream Canadian media.

“Former politicians and senior civil servants are invited to join boards of Chinese-affiliated associated businesses and law firms.  Some have benefited directly from the Chinese PRC, military-civil party, and state regime. Thus, they become inclined to act on behalf of the regime. This matter is a big concern to the common Special Committee on Canada-China relations.”

But not to CBC, Globe & Mail and National Post. While delivering specious critiques of Canada-China policy, they have for decades steered clear of a pertinent fact:

Technically, it is not a “Canada-China” relationship. It is a Liberal Party- China relationship. The only other party to hold federal office, the Conservatives have never truly indulged.

According to Charles Burton, Senior Fellow, Macdonald-Laurier Institute, Canada “should consider developing an equivalent to the Australian Foreign Influence Transparency Scheme Act so that we can determine if people are speaking out in ways that are consistent with the interests of the Chinese state.”

It will never happen, certainly not for as long as Justin Trudeau is in power. It is, in fact, by way of another Trudeau family member– former PM Pierre Trudeau–that this geo-political relationship first came into existence.

“If Chinese-funded think tanks were to publish a report that reflected negatively on Chinese interests in Canada, the Chinese might withdraw their funding.”

Through this information Canadians begin to comprehend the extent of Chinese government power and influence upon our nation. The very reason why establishment media refuse to expose these realities to media consumers.

“Canada has not declared any diplomats persona non-grata for engaging in influence operations, agents of the Chinese state operating in Canada, who do not have diplomatic status, have not been held accountable in court.”

“The high degree of tolerance for Chinese cyber espionage, and our reluctance to follow other nations in developing foreign influence transparency legislation, suggests that the influence on policy makers in Canada has been effective. There are very few significant think tanks in Canada that are not recipients of  Chinese associated funds.”

All of it exacerbated as of October 19th, 2015–the day Justin Trudeau became prime minister of Canada:

In July 2020, the Trudeau government  awarded an estimated 6.8 million dollar contract to a state-owned Chinese company to supply security equipment for 170 embassies, consulates and high commissions around the globe.

Talk about a stringent counter-measure to China’s penetration of Canadian intelligence!

“The weak policy of Canada towards China, which most Canadians disapprove of, does not appear to be beneficial. It gives the Chinese government the impression that Canadians can be freely manipulated, because we never seem to do anything that would damage Chinese interests, of any kind, in response to China’s outrageous treatment of us.”

It is not “we”– it is the Liberal Party of Canada, and their 50-year history of appeasing the communist government of China.

“We need a reorganization of our Royal Canadian Mounted Police and Canadian Security Intelligence Service to better respond to the coordinated activities of the Chinese state in Canada.”

Don’t hold your breath– a Trudeau-family member is in charge of our country.