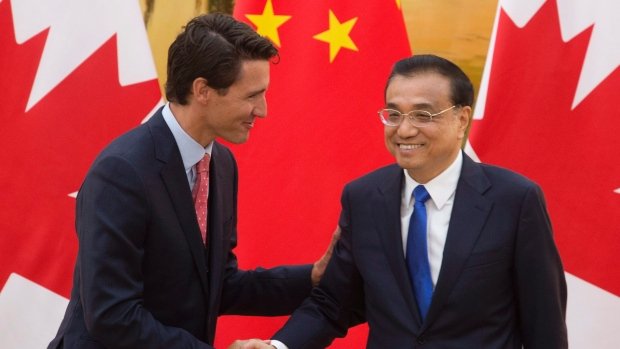 But this March that same lab shipped samples of the henipavirus family and of Ebola to China, which has long been suspected of running a secretive biological warfare  program.

Amount of time Justin Trudeau has been considering granting a green light for Huewei in Canada? Two Years.  Despite world-wide warnings and advice from western democracies, Justin Trudeau may still grant the Huewei communications behemoth to get their hands on our private data.

Now, we discover that Trudeau and his Globalist Gang have been sending  potential “bio-weapons” to China on a recurring basis. This all went down in the year 2019. Today, in 2020, a nasty and dangerous SARS-like virus is spreading from China to nations around the world.

Did the Trudeau government play a role? No one knows, and know one from the general public ever will. CBC, Globe & Mail will bury this story just as effectively as they do all nefarious goings-on as related to Trudeau family hero nations of China, Cuba, Iran, Saudi Arabia and various other communist and theocratic nations.

“Some experts are raising questions about the transfer, which appears to be at the centre of a shadowy RCMP investigation and dismissal of a top scientist at the Winnipeg-based NML.”

“I would say this Canadian ‘contribution’ might likely be counterproductive,” said Dany Shoham, a biological and chemical warfare expert at Israel’s Bar-Ilan University. “I think the Chinese activities … are highly suspicious, in terms of exploring  those viruses as Biological Warfare agents.”

A startling report from Canada on Thursday reveals that Canadian health officials approved the transfer of dangerous virus samples to China in 2019, which could potentially be used to advance a dangerous bio-warfare program in the secretive communist state.

So says CBC—not! The above comes from a Taiwanese media organization. As for mainstream Canadian media coverage, try this quick experiment:

Do a web search on “Canada China Virus.”

If your experience is like CAP’s, you will not find a single current Canadian media article which references the 2019 virus-shipment information contained herein. Why? Because media work on behalf of China–not Canada–just as they work on behalf of Islam and not Canada.

Another day, another giant case of media obfuscation. Has the government of Canada played a significant role in the spread of China’s latest disease outbreak debacle?

Though no details have appeared in the open literature, China is “commonly considered to have an active biological warfare program,” says the Federation of American Scientists. An official with the U.S. Army Medical Research Institute of Chemical Defence charged last month China is the world leader in toxin “threats.”

In a 2015 academic paper, Shoham – of Bar-Ilan’s Begin-Sadat Center for Strategic Studies – asserts that more than 40 Chinese facilities are involved in bio-weapon production.

And still Justin Trudeau gave a green light for potential bio-warfare viruses to be sent to China. Amazing how much trust our PM has in communist government of China. Bio-warfare products, sensitive corporate and personal data–it makes no difference to King Justin–China is his “little honey”–just as it was for Papa Pierre Trudeau before him.

Again and again, CAP point out the incongruous, traitor-like behaviour of Justin Trudeau and his globalist gang of Liberal cultural assassins.

Again and again, CBC and the rest of Trudeau’s liberal media slaves hide away knowledge from the people of Canada in order to install PM Trudeau as “dictator-for-life.”