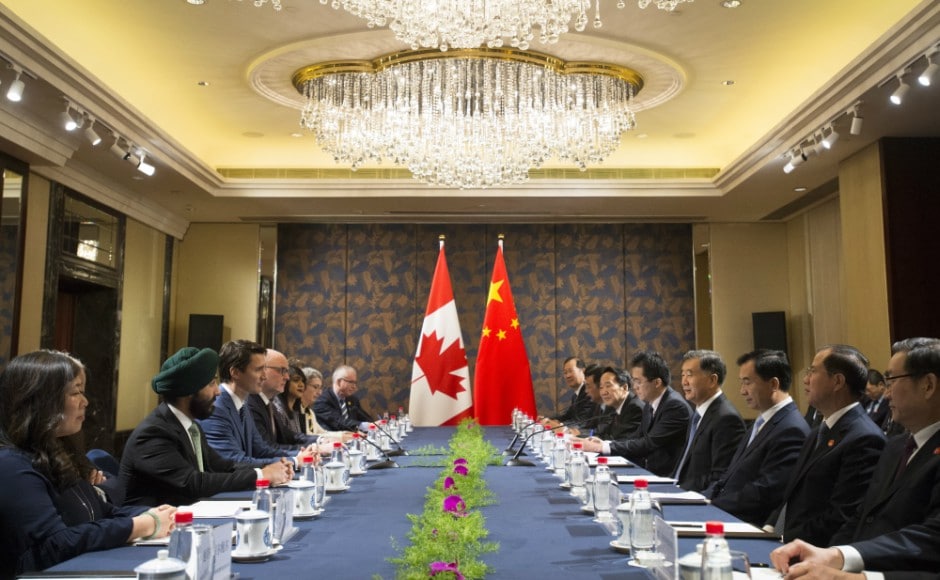 “China is shocked by his[Embassy Of Canada-sic] behaviour, and we have already lodged solemn representations to the Canadian embassy in China. We demand Canada immediately investigate this incident, and provide China with a clear explanation.”

Touchy lot, aren’t they? Considering their ernest reaction to what most Canadians would consider a frivolous act, patriots must wonder what lingers behind the iron curtain of this development.

Cultural Action Party have a take on this: By the sounds of it, one would believe China owns Canada. The manner in which the behemoth nation of the east has pushed Canada around since Justin Trudeau became prime minister is breath-taking to behold.

Indeed, since Trudeau’s ascension to the throne of Canada, our nation has degenerated into nothing short of China’s “yes-person.”

“Diplomatic staff ordered T-shirts with the logo of hip-hop group Wu-Tang Clan and had the word Wu-Tang replaced with Wuhan. The group’s logo also looks like a bat.”

Stop the world– the Treaty of Versailles pales in comparison to this critical development. Yet, apart from jocularity, CAP consider this serious business.

What we see in the Covid pandemic, and what establishment media deduce from the pandemic, are two different conclusions.

CBC, CTV, Globe & Mail and the rest report this strictly as a health issue. International virus disseminations have occurred before, and they will appear again. What we have here is not an unprecedented historical catastrophe.

CAP’s take says that the pandemic is a nation-changer. The sub-text is a calculated agenda to undermine democracy in Canada. Conditioning 38 million citizens to adhere to stringent, draconian rules of law, what we have here is preparation for a transition from democracy to dictatorship.

It is one thing for China to attempt to push Canada around based upon macro-economic interests. Helpful to them is the fact that in this regard, PM Justin Trudeau is the most amenable national leader in Canadian history.

Yet, when Chinese strong-arming reaches such granular levels as placing demands upon our country related to t-shirt logos, a common sense Canadian really has to wonder what our ruling government is delivering to society.

Beginning with ex-PM Pierre Trudeau in 1968, the Liberal Party of Canada has for fifty years maintained a most peculiar relationship with communist China. A “servant-like” ethos maintained by current PM Justin Trudeau— has perpetuated this political dynamic to this very day.