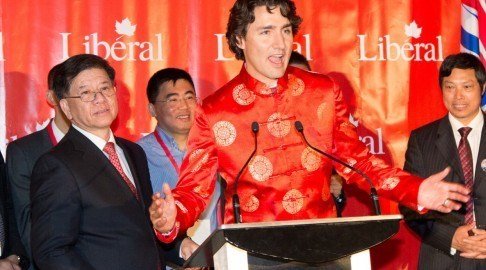 “Got the message this morning/The one that was sent to me/About the madness of becoming/What one was never meant to be.”

In psychological terms, it is common in our day and age for an individual to transition into an unnatural state of thought, or behaviour.

For Cultural Action Party of Canada, this concept applies to the history– as well as the destiny of the nation of Canada.

As we have posited in the past, CAP believe our nation fits snugly into this social dynamic. Canada, as most of our readers know, began in 1867 as a nascent democratic western nation.

European settlers founded the political state of Canada. A constitution was created based upon tenets of democratic theory— freedom of expression, freedom of the press, will of the majority, and other fundamentals of western democracy.

For CAP, all this “went sideways” at a specific point in history—the moment ex-Liberal Prime Minister Pierre Trudeau seized control of the “consciousness” of Canadian society.

As obscured by establishment media over the following decades, Pierre Trudeau had big plans for Canada. For Papa Pierre, the former Great White North was far too colloquial a country to leave it as it was.

Trudeau Sr., as depicted by CBC and Globe & Mail, was a champion of civil rights, human rights, as well as globalist politics. This PM also founded a nation-changing ideology called “multiculturalism.” In many ways, Trudeau Sr. is a “prototype” globalist figure.

Without a single piece of buy-in from the Canadian people, Pierre forced this policy upon an unsuspecting nation. After meeting face-to-face with Chairman Mao Tse Tung, Mr. Trudeau began integrating the communist nation of China into the fabric of Canadian society.

Media obscure the issue in proper “globalist fashion.” The general public—in particular our Anglophone and Christian communities, had little idea of what was trans-piring within society.

Then, some forty odd-years later, Pierre’s offspring Justin Trudeau becomes prime minister.. Was there an early indication that Justin would carrying on—or revitalize— the Liberal-China affiliation?

Of course there was— regarding of a majority of Canadians who did not want China getting their government hooks into Canada, Justin Trudeau pushed for a free trade agreement between Canada and the behemoth Asian nation.

Fast forward to 2020 Canada. Not only our nation, but most of the planet has been damaged by the dissemination  of Coronavirus  throughout the nations of the world.

Many criticize their behaviour, within non-Canadian government, as well as foreign media.

Strange, isn’t it? Why would the government—as well as media—refrain from calling out China for this catastrophic pandemic? Last time we read local media, our country was still known as a democracy.

China is communist. This nation is hugely invested in oppression toward their minority communities. Christian, Muslims and other religious folk are maligned and scorned on a mass scale.

Justin Trudeau says nothing. Not a single word of condemnation for a nation 100% antithetical to so-called “liberal” values.

Media say not a word as China maintains an ability to influence, control and dominate Canadian society. Did you know? The Bank of Montreal(BMO) connection with the government of China has existed for over 100 years?

Bet you haven’t read this in the National Post. Are you aware that as early as the year 1910, the government of China was already financing(read influencing) educational institutions in Victoria, B.C., Canada?

Is it possible for a Liberal prime minister to rule over Canada without the government of China ruling over a Liberal PM?

CAP Response: Not any more. Looking back to previous ruling governments— something Justin Trudeau never does( socialist intentions—Ed.)— it is fair to say that Liberal PM Lester Pearson did not truly indulge. No, it was the PM who followed Pearson—Pierre Trudeau— who “innovated” this dynamic within Canadian politics.

Regardless of degree of culpability, no PM other than Pierre comes close to what Justin Trudeau has established within our society—pseudo-socialism.

As in, a replication of communist political tactics upon Canadian soil— reduction of freedom of speech, socialist-style power-grabs based upon the hard luck of the Canadian people(Covid-19).

Media manipulation and propaganda— a veritable pseudo-dictatorship within the dying democracy of Canada. Media bury the entire agenda on behalf of Mr. Trudeau.

Who does PM Justin work for? CAP can only guess, and here it is:

Who do CBC tell us Trudeau works for? The people of Canada. CAP believe this to be the “lie of the century.”

As long as a Trudeau is ruling over a post-modern social experiment called Canada, China will remain in the driver’ seat.

Put that in your legal marijuana pipe and SMOKE IT.