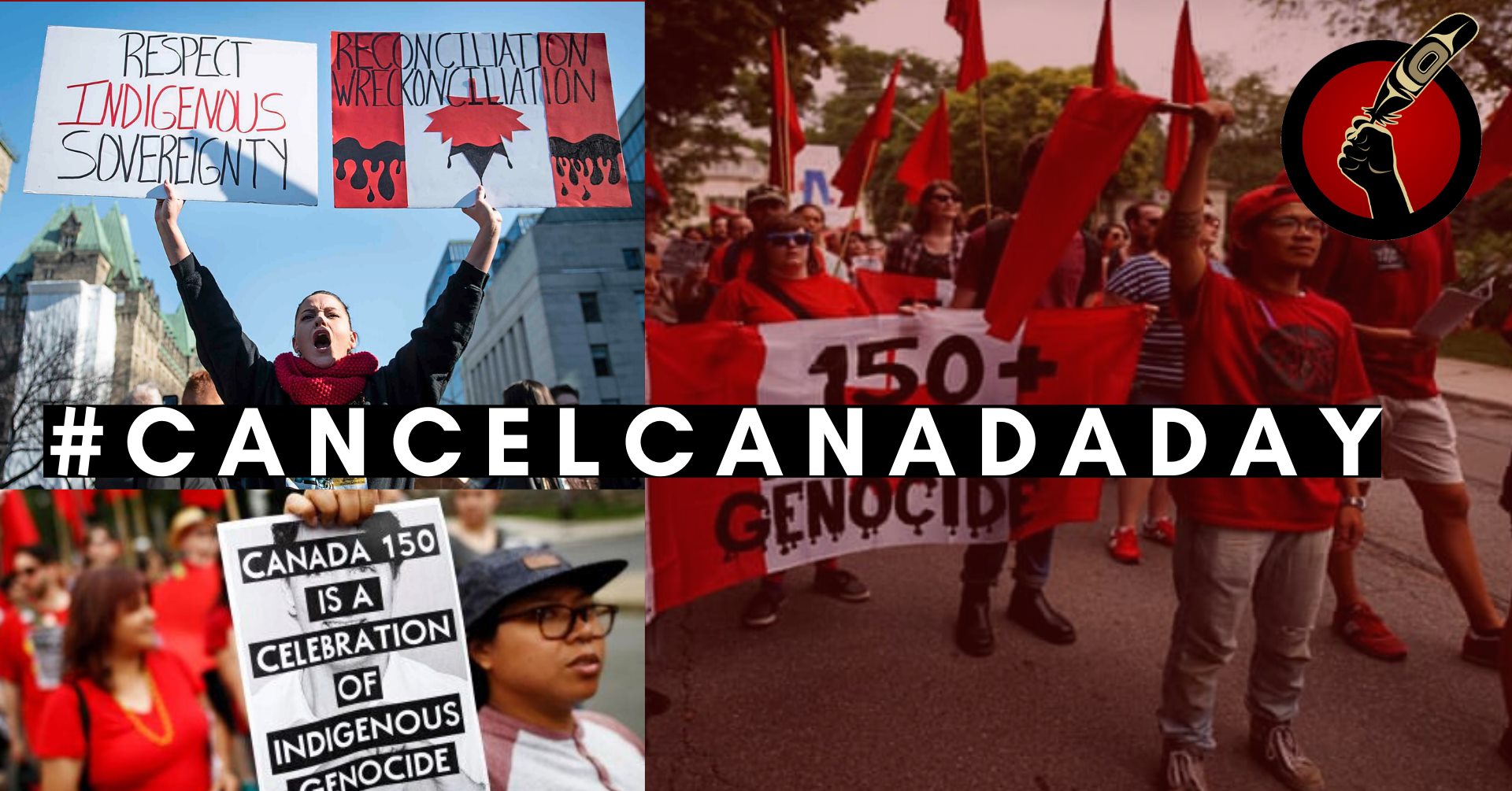 Calls to cancel the Canada Day holiday for 2021 are growing loud as our nation deals with the recent discovery of a mass burial site at a former residential school in Kamloops, B.C.

According to CTV News, “the hashtag #CancelCanadaDay is gaining traction on social media with many arguing it should be a day to reflect on the injustices inflicted on Indigenous Peoples, including the lives lost at residential schools.”

“The recent discovery at Kamloops residential school has reminded us that Canada remains a country that has built its foundation on the erasure and genocide of Indigenous nations, including children. We refuse to sit idle while Canada’s violent history is celebrated” is the word from Indigenous rights group, Idle No More.

Here’s the word from Cultural Action Party: a systemic program is in place to eradicate Canadian identity. The Liberal government tacitly promote the agenda, while media, academic institutions, and “multicultural” organizations support government in the initiative.

Call CAP nihilistic, but we believe they are going to succeed. — This should be a time of serious reflection for Old Stock Canadians–in particular those of us who recall our society in the 1960 and 1970’s.

Take a deep breath, and think about Canada before the Trudeau clan came along. Our long-term history previous to this watershed moment is the same today as it was then. The point here is not to ignore the historical treatment of Aboriginal peoples.

Rather, the message is one of recognition of the death of national pride, followed by a ubiquitous take-over of systemic self-loathing. There has to be a reason for this massive turn of events.  Despite government and media presentation, there is a definitive purpose for the Woke Revolution of 2021.

Let us briefly review the transition as manifest through \ a social microcosm: the celebration of national holidays, and related symbols of historical identity.

As a result of the Covid pandemic, religious celebrations of Easter and Christmas have been curtailed. As a by-product of a LGBT political agenda, the legitimacy of Mother’s Day and Father’s Day are being chipped away at.  This year’s celebration of the  Anglophone-derived statutory holiday of Victoria Dayis certain to be our last.

Remnants of Canadian heritage found in the form of statues of Sir John A. MacDonald have been transformed into headless “white ghosts” of persecution. Toronto City Councillor Paul Ainslie is leading a push to remove White males from our paper currency. Public Schools bearing the names of founding fathers will soon be a thing of the past.

Now, based upon the residential school discovery, a movement to ban Canada Day is bubbling up. Let CAP pose queries that no media group would touch with a ten-foot pole:

Is all this to be considered one GIANT coincidence? Is there no purpose inherent in these coincidences?  CAP do not believe this for a second. What we believe that our nation is being hustled along to its inevitable demise. Meaning that all these incremental “coincidences”  are part of a larger picture.

Justin Trudeau knows of our pending fate–as he has since the day he was strategically placed into power.  Let CAP speak plain-as-day: Canada from 1867 to 2015 is done for.

A pre-conceived tear-down and re-birth of our country is the grand design powering the signs of cultural degeneration. Within this structure, there are specific players assigned to the task at hand.

NDP Leader Jagmeet Singh was asked by the media whether he supports cancelling Canada Day celebrations this year.

“The Liberal government has said a lot, has said a lot of words and has not followed those words up with action and in doing so has hurt the Indigenous community. Your hopes are built up, you’re optimistic for the future, only for those hopes to come crashing down.”

How perfectly Mr. Singh pulls a “Justin Trudeau.” Ask a direct question, receive an unrelated answer. Interesting to note how this style of obfuscation– so common within communist nations like China–has overtaken authentic answers to questions directed toward our politicians.

No Canada Day in Regina this year. Ditto for Steinbach, Manitoba. Bible Hill, Nova Scotia is following suit, as are dozens of cities and towns. With the Covid pandemic as rationalization, the symbols which have represented our country since its founding in 1867 are being systemically eroded.

Curious it is that media never put together the pieces of the puzzle. CBC, CTV, Globe & Mail— you name the media outlet, and you will find not the slightest allusion to any form of what we are speaking of.

Thus far, calls for a cancellation of Canada Day have yet to come from MP’s MLA’s or other elected government officials. How long before they too join in on the grass roots “Let’s Tear Down Canada Day” celebration?