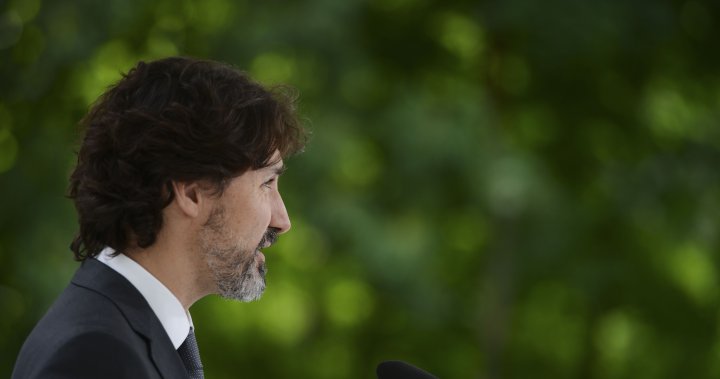 To post to facebook, click here:
“I wouldn’t be prepared to think I would be successful in arguing that communism is right for Canada at the present time. But such times MIGHT COME, who knows?”

“Like father, like son,” the old adage goes. It’s rarely been more true than in the case of former prime minister Pierre Elliott Trudeau, and son Justin.  Pierre was once asked for his views on democracy and communism, and stated that a one-party state would be the ideal government under certain conditions.
This should sound familiar. Naturally, it does not—CBC and corporate media in Canada have ensured that this comment and others like them are NEVER to appear within major media publications.


Five decades later, here’s his son, Justin Trudeau:“You know, there’s a level of admiration I actually have for China because their basic dictatorship is allowing them to actually turn their economy around on a dime.”

Case closed. Okay, not so much. The case should be closed–but it isn’t. In fact, it has yet to be opened to the extent that the people of Canada develop an awareness of what the family of Pierre Trudeau are really “all about.”

The reason for this is found in the monolithic approach to Canadian society and history by way of mainstream Canadian media. Canadians have little awareness of where Canada is heading as a result of the socialist political “tag-team” of Pierre & Justin Trudeau.

The simple truth is that ALL SIGNS point to a comprehensive dedication of the Trudeau family toward non-democratic forms of government. Yet, at this point in history, the Trudeau family have escaped being branded as communist sympathizers and admirers of despotic leaders.

From the source article: “the reason for direct economic power is China’s command-and-control economy, wherein the government owns or controls the vast majority of businesses.

By the time Pierre Trudeau  retired in 1984, national debt had grown by 700 per cent and Canada’s international debt rating had collapsed. Canada was transformed from one of the  strongest countries in the world into an economic beggar.  It was Papa Pierre who first “enslaved” Canada to the international banking cabal.

That’s reason enough to worry, but the picture is certain to get much worse. Why? For the same reason that Pierre Trudeau’s deficits spiralled out of control: the imposition of socialist government policies on a capitalist free-market economy.

Bingo. End of story. But it won’t be. The source article is anathema to Justin Trudeau’s Liberal-Globalist propaganda machine. Will the nightmare that is the family and offspring of Pierre Trudeau ever be rooted out and thrown out for all-time?

Within a nation grounded in truth, justice and freedom, the Trudeau family– including film-maker for the Iranian government, brother Alexandre Trudeau— would be  “done like dinner.” Their legacy would crumble(CAP pray for this), and Canadian society would render them unpatriotic, anti-democratic, as well as haters the Anglophone people of Canada.

Perhaps, one day it will occur. No one can say for sure. What CAP will say for sure is that we believe it to be possible that within 50 years the Trudeau name will be rendered MUD.

Then again– the globalists could win.