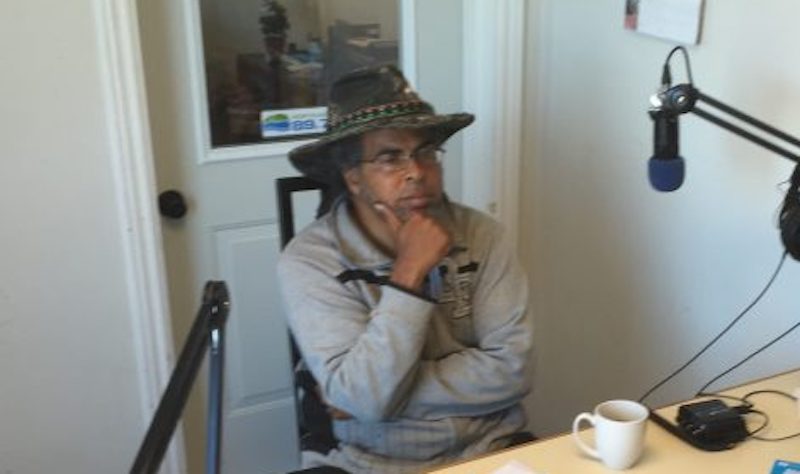 I was asked to write a short piece on my experience as a Black Canadian growing up in Canada and winding up a so-called “conservative” in 2022.

But that is a long story and, in my view, not an interesting enough story to tell in the current context. However, I will use that story as the backdrop to my comments which I consider of paramount importance today. They relate to the difference between a democracy and a republic.

Today you hear the fake left screaming for “democracy” and for the “right to choose”, and shrieking slogans like “my body my choice” (when it comes to abortion but not fake vaccine mandates).

It’s the right wingers, notably those supporters of American patriots like President Donald Trump, who speak of the duties of a citizen of a republic. Note that Black Trumpers are regularly accused of “not being Black”. Remember the term “Uncle Tom” for later k?

Now, I’m 63 years old, I have a Law degree and a Political Science degree and my sub specialty areas at university were Philosophy, Formal Logic and Sociology.

In spite of all that I didn’t really know what the difference between a democracy and a republic was until after the 2016 American election which saw Donald Trump jump the queue, excuse the pun.

Simply put, a democracy is susceptible to the plague of “tyranny of the majority” or “by” the majority, where theoretically a republic has firewalls to prevent that.

I grew up in Halifax, Nova Scotia where I was born in 1959. I didn’t leave Nova Scotia permanently until I was 30 so therefore, I know something about being in the minority role. In addition, I have spent all of my 63 years living in Canada and went to university in Saskatchewan for two extremely White years and now reside in rural Ontario.

I have been a minority in many ways for all 63 years. Presently I am in a “super-minority” in that there are not a lot of black lawyers in rural Ontario. And, when I was practising in the GTA between 1991 and 2010, there were not a lot of dreadlocked black (or any other color) lawyers period.

At any rate my parents emigrated from the Caribbean in about 1959. They later emigrated from Nova Scotia to Jamaica in 1978 and then back to Canada to live in Ontario in about 2005. Apparently, the Jamaican medical system sucks worse than ours in Ontario. In Nova Scotia my mother was a civil rights activist and NDP organizer.

When they moved to Jamaica my father said he was going back to the Caribbean because of two things about Canada that were both white:

If I was raised with any religion, it was the Canadian version of the Society of Friends or the Quakers, which is a sixties style,very minimalist religion by any standard. Naturally in my younger days I leaned to the left politically, however it’s important to make clear that leaning to the left when I was young actually made sense.

In my view there seems to have been what I call the “80s flip” when the new fake left began to emerge. These nouveau-libtard idiots worship ad populum fallacy and abhor reason.

Today, the same values that I held as a “lefty” when I was young, I hold as a “conservative” in today’s nomenclature: free speech and protection of minority rights through the rule of law, among other things. Today’s so-called “progressives” are censorship loving fascists.

Take a look at organizations like Black Lives Matter and those who spew forth Critical Race Theory pointing at racist behaviours by “Whites” to justify their position. All that stupidity can be extinguished intellectually simply by taking a look at racism in non-white communities: “Racism” is every race’s albatross.

As I said, I grew up in Nova Scotia and my family’s position there was very unusual. A small professional class of immigrants from the Caribbean was effectively dropped on top of a much larger largely working class indigenous black population. The term indigenous applies due to the fact that they began to arrive in Nova Scotia in the 1600s from Africa, Europe, the United States and various other places. Our group was made up of Caribbean professional school students who arrived in the late 50s and were “accepted” neither by the white population nor by the black indigenous population.

So while being shunned by the black population as some sort of Uncle Tom, I was being called n*gger by the white population. Having the last name Browne and being the only brown student in class made for a whole lotta additional laughs.

I did get some relief when I spent a couple of years in Saskatchewan where I was ignored completely as overt racial hatred was primarily directed at the First Nations peoples.

I was fortunate enough to have visited the Caribbean several times during my youth, where I was seen as a normal everyday individual on a racial analysis, because the people around me looked like me.

As a mature legal professional I can say now thatI have been the victim of racism, bigotry, prejudice and/or racial discrimination (whatever that crap actually means) at the hands of every group that I can think of.

Now let’s get back to the difference between a republic and democracy.

The United States of America is not a democracy– it is a republic. That is because it has a constitution and that constitution lays the groundwork for the avoidance of majority rule and the adherence to the rule of law.

The structure of a republic is specifically designed to prevent tyranny of the majority and to thereby protect minorities. The United States has a solid constitution as opposed to the Canadian constitutional document morass.

Canada really is without a constitution. We have a collection of documents, a dog’s breakfast that really gets us nowhere, i.e., where we are now.

Those who understand that we don’t have the same constitutional spine that the Americans do,and how critical that difference is, are an actual Canadian “fringe minority”, as Justin Trudeau would say.

Take for example,my experience at Dalhousie Law School: My class of ‘89 had a choice to make since the school library had to be rebuilt after, get this, being hit by lightning.

We were concerned that the delay would result in our class graduating  after other Law schools did. That would leave us all scrambling for the “leftover” articling positions which was unacceptable (again as Trudeau would say). We couldn’t have that, so a 3 option plan was devised and it was put to a vote. Very democratic yes?

We were given three options.

For full time students– Attend additional classes on weekdays and finish at the same time as the other schools.

For students with jobs– Attend additional classes on weekends and finish at the same time as the other schools.

For students with families– Attend additional classes at night and finish at the same time as the other schools.

Third year full time students roamed the hallways campaigning for their favourite option and canvassing other students. I was a student with a job and no family. I was asked which option I was going to vote for. I said “Option 3, the one for students with families”

That floored the hyper-privileged puke who had accosted me. He/she/they/them pranced off in a snit saying that I clearly didn’t understand what democracy was.

In conclusion, I don’t recall another black student in the class of ‘89 though it’s possible that there was another. All those students who believe that democracy means self interest voting and tyranny by the majority may be correct and IF so: Democracy Sucks.

As a very visible racial minority member I prefer the republic with its protections for the less numerous. In the 1970s I may have been a lefty but today I’m a black-conservative-Trump-boosting-republic model loving-Canadian patriot and damn Proud of it.

And by the way as for the label “Uncle Tom”, look him up. I’d be Proud to be called a “Josiah Henson” any day of the week.