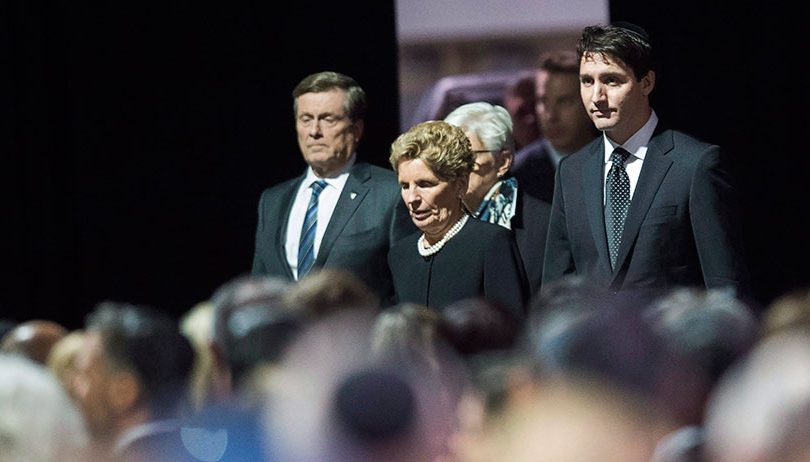 “This week marks five years since Toronto billionaires Barry and Honey Sherman were killed in their home, and their son — Jonathon Sherman — has announced he’s adding $25 million to the reward set up to help solve the case.”

Upping the total reward compensation to $35 million dollars. Frankly, the total could be $888 million, and nothing is going to change.

“Closure not possible until those responsible for this evil act are brought to justice,” claims Jonathan Sherman, son of deceased Canadian Big Pharma moguls, Barry and Honey Sherman.

Call CAP pessimistic, but based on the Sherman son’s comment, this murder case will never be resolved.

This week brought a run of media articles marking the 5th year anniversary of the Sherman deaths. Not one mentions a most critical piece of information. Fundamental to the story is the relationship between Mr. Sherman and the Liberal Party of Canada.

“At the time of the targeted murders, the RCMP were conducting a criminal investigation of Barry and Honey Sherman’s August 26, 2015 fundraiser for 2015 election candidate Justin Trudeau.”

“On December 13, 2017, the day Justin Trudeau’s 2015 election campaign fundraisers Barry and Honey Sherman were murdered, Trudeau had both the Lobbying Commissioner and the Conflict of Interest and Ethics Commissioner removed, and appointed new ones.”

Holy Crow–this is no incidental piece of nothingness, now is it? Is it not rather unusual that our prime minister fired the head of the federal government lobbying commission on the same day the Shermans were murdered?

Is there something that Trudeau and his handlers desperately want to hide from the people of Canada?

“A conviction for violating the Canada Elections Act Section 502(2) (h.01) meant Justin Trudeau would lose his seat in the House of Commons for accepting prohibited gift or other advantage.”

There it is. After five years, the quantity of leads and/or suspects stands at zero. As such, the Trudeau-Sherman connection stands as the solid piece of factual information related to the December, 2017 murders of the Pharma moguls.

CBC say nothing. Globe & Mail print nothing. Of course, its a pipe-dream to believe they ever will.

“Barry had been involved in dozens of heated lawsuits, including some against his own relatives. He had also loaned tens of millions of dollars to family and invested in numerous businesses owned by relatives and associates.”

Including one involving a breach of the Lobbyist Registration Act as legislated within the federal Canada Elections Act:

“The Apotex lawsuit posed a serious threat to Justin Trudeau’s political career. If Apotex was successful the lawsuit would have provided compelling evidence that Justin Trudeau had violated the Canada Elections Act.”

CAP reiterate: On the very day the Shermans were murdered, the PMO made a decision to fire the head of the investigation.

A non-story of inconsequential proportions? Irrelevant as a winter’s snowfall in Nunavut?

Hardly. Can it be that Barry Sherman was knocked off to preserve what by 2022 has transitioned to a neo-communist Liberal government? Are there forces at play who so wanted Justin Trudeau to remain prime minister that a murder card was dealt from the bottom of the Liberal deck?

CAP believe it to be wholly possible. The very reason why an article of this nature has never appeared in Canadian media, or elsewhere.

Pourquoi? Because the whole thing makes good sense. Due to the idea that motive could possibly be established. Because Justin Trudeau was selected in advance to usher in the Great Woke Revolution[See China, Mao Tse Tung] a pseudo-communist ploy driven by those who power the political regime of Justin Trudeau.

Not to worry, though, Mr. Mainstream Media. Nothing contained within will be exposed to the general Canadian population. Heck, if you are lucky enough, an article such as this will get Cultural Action Party banned from the internet.

Why not give it a go? Send them the contents of this article. It won’t make a difference. Have you heard the news? The CBC is a state-controlled media institution funded by Trudeau’s Liberal government. Perhaps it will tweak the interest of their team of investigative journalists. Should anything hit the CBC editorial desk, it will be crushed like a bug.

“The Sherman family had previously offered a $10-million reward for information leading to a conviction.”

“My parents deserved to enjoy the fruits of their labour, and spend their twilight years as any grandparent should, with their family. I continue to miss my parents more than I can describe, and I am forever haunted by what happened to them.”

The haunting shall continue indefinitely. As in–forever. As will a burying of the truth regarding the dual assassination of Barry & Honey Sherman. The Trudeau government wouldn’t have it any other way.