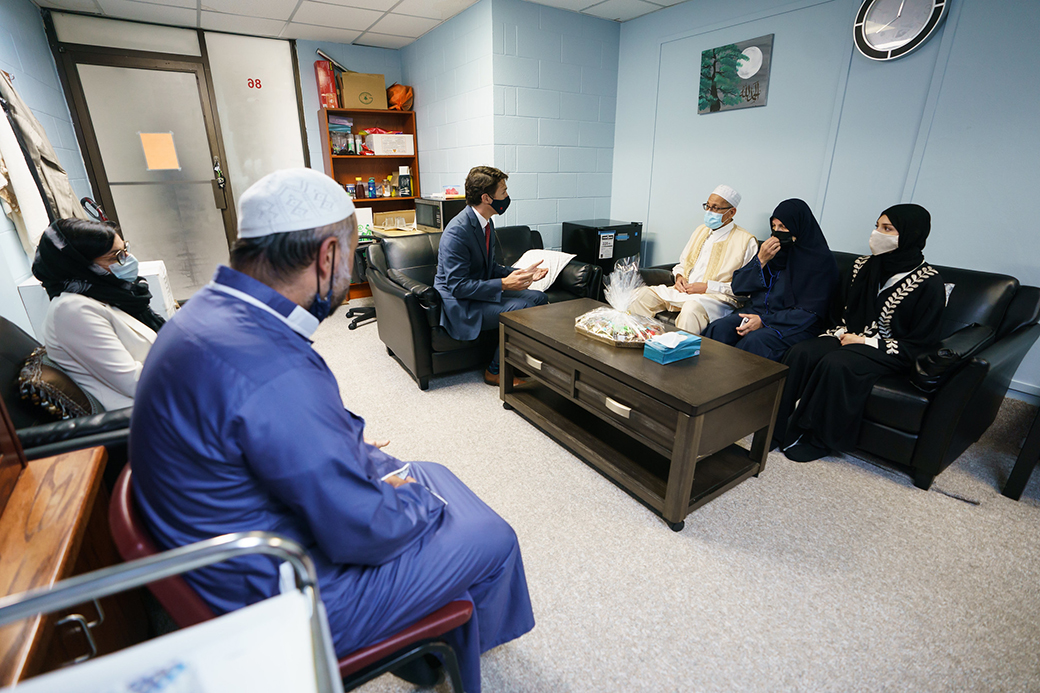 Canadian journalist and diversity advocate Steven Zhou wants us to feel bad for Muslim charity organizations. According to his recent article in the Hamilton Spectator, Islamic charities in Canada are being oppressed.

Eschewing all thoughts of wrong-doing, Zhou speaks of the trials and tribulations  faced by Islamic non-profit organizations in Canada. Over the past decade or so, Islamic charity has developed into a full-fledged industry.

These organizations wield major power within our society. National Council of Canadian Muslims interfaces with the Trudeau government on a monthly basis. Together with half-Pakistani citizen Liberal MP Iqra Khalid, the NCCM convinced the Trudeau government to pass the “anti-racism” motion M103. Its creators refused to include any religion apart from their own.

“A national charity that describes itself as Canada’s largest grassroots Muslim organization is launching a Charter of Rights challenge against the Canada Revenue Agency, claiming that a years-long audit of the charity has been tainted by bias and Islamophobia.”

Muslim Association of Canada (MAC) said the audit poses an “existential threat to the organization because it threatens to revoke its charitable status and raises the possibility of damaging sanctions.”

Conclusion? MAC is innocent of all charges. No possibility exists that the charitable non-profit has indulged in any form of wrong-doing.

According to the Hamilton Spectator, “Mosques, schools, community centres, food banks, and humanitarian groups operating as charities that issue tax receipts are being embargoed by major banks and online financial services.”

“This cripples the organization, which is left wondering whether they are being treated fairly by powerful financial institutions and what, if anything, they can do about it.”

Such suffering it is. CAP offer a salient observation: in no manner does the article consider that these charities have broken the law. Media’s ipso facto conclusion speaks volumes on the condition of Canadian society.

Innocent of all charges for all-time, it’s always someone else’s fault. Sounds painfully like a diatribe delivered by Prime Minister Justin Trudeau.

“I recently spoke with five major Muslim organizations that have effectively been told by their banks or online donation processors to get lost. The message is usually a short letter or email: the Muslim client has exceeded the financial service’s risk appetite. They have a month or two to take all their money out and find a new home.”

The woke media warriors call this “Islamophobia.” Canadian banks call it a bad credit risk. Obviously, a lack of trust exists. As such, the banks make a decision they deliver to clients from all backgrounds:  “we reviewed your financial status, and have made a decision not to take a risk on your organization.”

“Research by the University of Toronto and the National Council of Canadian Muslims (NCCM) has already shown that Muslim charities in Canada are unfairly treated.”

A subjective conclusion it is. Then again, it is now the nature of Canadian society. Under the auspices of PM Trudeau, Canada has transitioned to a competition of which community can suffer the most. An accumulation of power through the fine art of whining and complaining? In 2022, its a specialty among  “special interest” communities.

Presumption of innocence says a great deal about community mindset. The attitude of mainstream media also delivers a lesson. Over the past six-plus years, the Liberal government established a post-modern religious hierarchy in Canada.

There are the religions one can question, and even criticize. Leading the pack is Christianity.  The Jewish religion can be attacked, as illustrated this month by Muslim-Canadian Laith Marouf. Appointed as “Minister of Everything Justin Trudeau Ever Wanted Him To Be,” Liberal MP Ahmed Hussen hired Laith Marouf as a so-called “anti-racism” consultant.

Turns out Marouf has a tendency to bleat out vile comments against religions he hates. Despite a known history of his behaviour, MP Hussen hit him up with a $133,000 dollar grant to “fight racism” in Canada.

Canadians must be careful not to criticize Sikhism, but the real winner is Islam. Not only are some religions sacrosanct. Media policy says that by default, innocence is the only conclusion to be drawn. Not a surprise, as funding for the Canadian press comes from the Trudeau government.

It’s high-time Canadians awaken to a post-modern reality. Just because an organization is branded a “charity” does not mean they cannot indulge in breaking the law. Charities can get away with wrong-doing based on an outdated perception  that all of them are wholly benevolent. One look at WE Charity informs us that this is an erroneous conclusion.

CAP say that our non-profit/charity industry should be subject to a formal review from coast-to-coast. Canada’s “suffering for dollars” industry is entirely suspect.