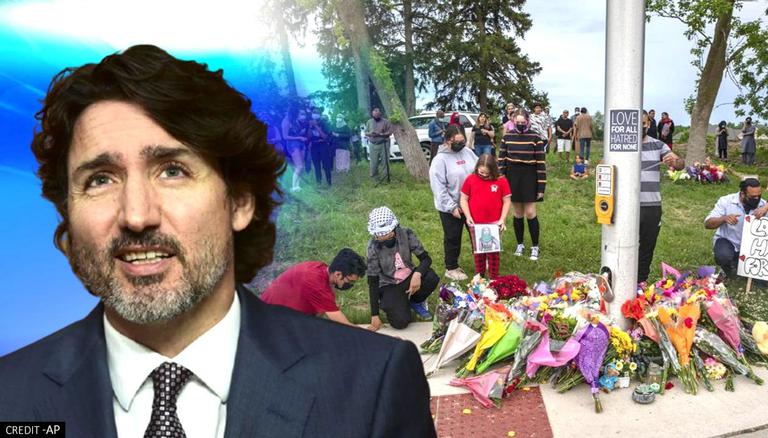 They times they have cleared changed. In June, 2021, incidents denoting social disharmony in Canada are ramping up to unknown heights. Last week, it was the murder of a Muslim family in London, Ontario.

This week, a swastika has been found painted on a mosque in Edmonton, Alberta. Three days back, media reported a Somali Canadian woman wearing a hijab was attacked.

Now, according to CTV News, two people have been arrested on the grounds of a Scarborough, Ontario mosque, accused of attempting to break into the building and threatening to shoot and blow up the people inside.

Reasonable Conclusion: Canada has a big problem on its hands. Reasonable assignment of responsibility: The ruling government of our nation, along with establishment media.

There lies the rub. Let’s take a closer look at this dynamic:

Of the three entities, which is responsible for immigration policy— the number one influence upon social harmony in Canada.  This would be our Liberal government. If any institution is responsible for fomenting racist sentiment among the public, it would be establishment media.

Degree to which these concepts have penetrated the general consciousness of society? Nothing by way of government or media. What we have here is a blame-game.

Government attribute the malady to “system racism”–a term that didn’t exist until the advent of Prime Minister Justin Trudeau. Even more to the point is the manner in which Mr. Trudeau has handled himself on the “immigrant file.”

The facts speak for themselves– if CBC, CTV, Globe and Mail or any other mainstream media outlet would actually speak of it. Straight out-of-the-gate, Justin Trudeau set the standard with an elevation of Syrian Refugee intake to the top of his priority list. Pleased-as-punch he was as his global public image thrived as a result.

On the world stage- yes. Among Old Stock Canadians? Not in the least. From here government moved to M103 to protect our Muslim migrants. For the next three years running Trudeau advanced, promoted and funded one identifiable community above all others.

Polls proved that the general public were not pleased. Immigration intake? Not a chance. Refugee intake? Not at all. Ignoring public will–and thereby a fundamental of democracy– the result was an ever-growing chasm between new arrivals and Anglophones, Francophones and First Nations Canadians.

Media said nothing.  How could they, when along with Justin Trudeau, the thoughts and desires of Old Stock Canadians were entirely cast aside. They still are to this day.

These are some of the reasons why our country today finds itself in a state of social chaos. Giant pubic relations mistakes have been made. The Liberals have from day one worked against the will of the Canadian majority.

In the summer of 2021, we witness the ramifications. True, or not true: government can promise to rectify the situation. They can pass laws to attempt to do so. Yet, all the draconian measures and communist-derived internet crackdowns cannot negate a basic fact:

If Canadian citizens want to threaten or harm an individual or community, they can walk out into the streets and do so. Does anything exist to remedy an ever-increasing trend of racial conflict?

Yes it does–it is called “good will.” Government must change. They must prove to Canadians that the essence of the Charter of Rights and Freedoms is being maintained. No more running down of white Canadians would be a start. A reduction in immigration quota intake would be another.

Something– anything— to show  society that government are hearing the people, and adapting accordingly. Extent to which Cultural Action Party believe any of this will come to fruition?

Nothing–not a damn thing. If it does not, what does it say about the mindset of Justin Trudeau and the Liberals? What priority would emerge from a maintenance of their globalist status quo?

Does Justin Trudeau care more about immigrant votes than inter-community harmony? Is a sacrifice of the few for a fulfillment of government objectives a fair trade-off?

If so, what form of governance is being employed–  democracy, or dictatorship? In this dynamic resides the key to the social debacle as manifest from the day Justin Trudeau became prime minister of Canada.