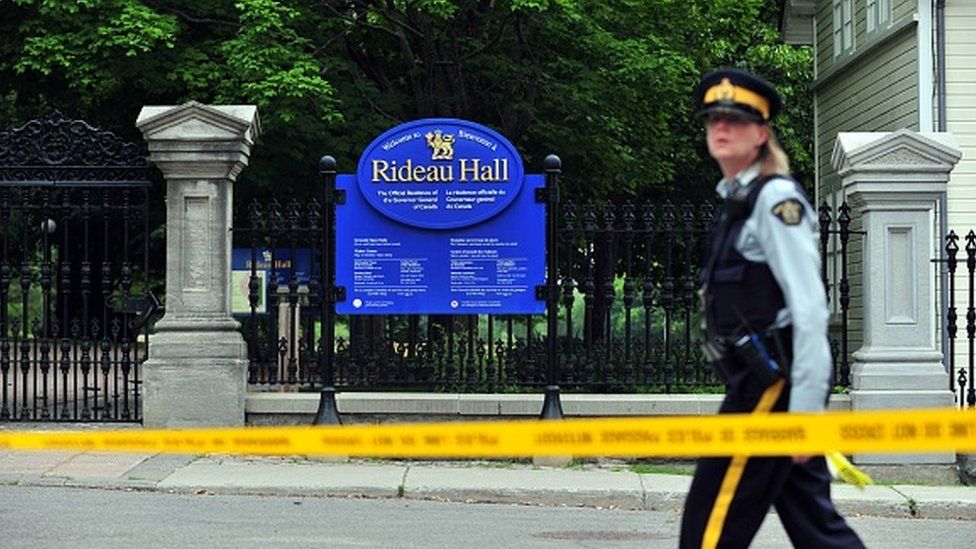 CBC has confirmed Hurren is a member of the Canadian Rangers, a component of the Canadian Army Reserve that serves in the remote and coastal regions, typically offering help with national security and public safety operations.

Hurren was  heavily armed with “several weapons.” at the time, said CTV News in Canada.

There is no way that CAP support the potential violence which could have resulted if the RCMP did not step in to end the threat. What we will say is that there is something to be learned from this development that CBC and corporate media will eschew.

This CAP believe is a visceral frustration regarding our ruling government’s “strong-arming” of Canadian society. CAP feel this frustration daily. We know well and good that millions of citizens– none more than Anglophone Canadians and those of European heritage feel toward the ruling Liberal government of Canada.

So while CBC and the rest go about spinning the story away from the policy inequities of Prime Minister Justin Trudeau, CAP will confirm that we can understand– meaning empathize with a general feeling of melancholy–as well as straight-up anger— our “Old Stock” Canadian communities fell toward Trudeau, Governor General Julie Payette, and the rest of the Liberal government.

Some may recall CAP’s label  for Ms. Payette when first appointed to the GG position. Being a former astronaut, we felt this best summarized the situation: “Some people call her the space cowgirl.” Yet, an attempt at humour falls far short.

The Governor General is also Commander-in-Chief of Canada. He or she visits military bases and honours Canadian military personnel on behalf of The Queen.

Quite the job description. Taking liberties here, we will outline in our typically crass manner the role that we believe Justin Trudeau has carved out for her.

Number one, approve everything Justin Trudeau asks her to. Dedicate her time and energy not to relations with Britain or “The Crown,” but rather work the will of the United Nations, communist China, geo-political Islam,  and globalist ideologies.

This is what “boss-man” Justin does, so why would it be any different for our current GG? CAP cannot see any evidence of Ms. Payette countering even a single political decision made by Trudeau & Co.

In other words, Payette is a puppet. Why do we say this? Because to be a member of Trudeau’s elite Liberal cabal of cultural destroyers, one has to fully tow the Trudeau line.

“She also accused a journalist who asked her about the matter of fuelling conspiracy theories.”

In other words, Ms. Patty sides with China over all sceptics. Talk about full-on belief in China’s communist politburo.

For CAP, Ms. Payette is cut from the very same cloth–as are all Liberal Cabinet members. Justin Trudeau is not a PM who runs his political career based upon pragmatism–socially or economically–as his unprecedented deficits validate.

Rather, this Trudeau character is a political “ideologue”— someone who places ideology at the pinnacle of his prime ministership.

What is found at this pinnacle? Globalism, “multiculturalism,” United Nations, Islam, China, Third World Refugee intake, mass abortion, euthanasia for our elderly, and well as a promotion of homosexuality and transgenderism.

Therefore, this is what ALL of his Cabinet indulge in. To “kick against the pricks” [sentence attributed to St. Paul] will prompt result in a removal from Justin’s United Nations-replica of Cabinet and Caucus.

CAP do not trust GG Julie Payette father than we can throw her. Of course, in outer space, she would travel far, far away without the luxury of gravitational pull.

Perhaps Payette should play this out–as long as she takes Liberal-Globalist hack Justin Trudeau with her.