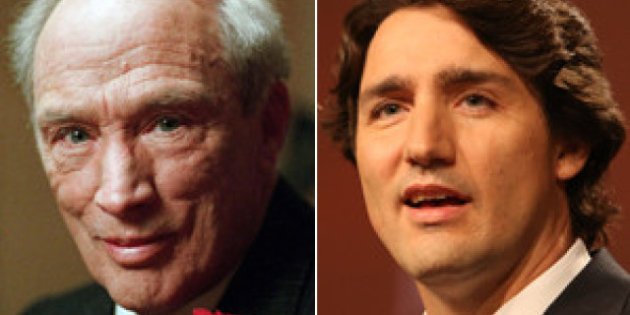 A darn good theory– and therefore a concept establishment media will never advance. The evidence supporting the hypothesis is, in fact, overwhelming.

Pierre Trudeau is the founder of multiculturalism in Canada. Despite decades of government and media propaganda, multicultural ideology is in truth a divisive force within society. It is the exact opposite of what the Trudeau clan claim it to be.  Pourquoi? Because Canadians of European heritage are shunned and excluded from the Trudeau-founded diversity banquet feast.

The degree of resentment among Old Stock Canadians regarding the impact of multiculturalism–in tandem with mass immigration– is today entirely palpable. Ironically, media have never once written about the diversity agenda from the perspective of Canadian-born, generational citizens.

Therefore, what should be common knowledge is no such thing. Pierre Trudeau was a lofty intellectual  fascinated by “alternate” forms of government– communism in particular. Professing admiration for historical despots such as Chairman Mao of China, Trudeau Sr. went about passing legislation which defined modern Canadian identity– by way of creating a social dynamic in which ethnic communities battle it out for power.

To add credence to our claim, check out the following:

“The experience of that superb strategist Mao Tse-Tung might lead us to conclude that in a vast and heterogeneous country, the possibility of establishing socialist strongholds in certain regions is the very best thing.”

READ MORE– Should Justin Trudeau Advisor Gerald Butts Be Run Out Of Canada On A Rail?

Speaking of a lack of identity, the person who hit this out of the park is son Justin Trudeau. It was father Pierre who cancelled bi-cultural English & French Canadian identity with the introduction of multiculturalism in the early 1970’s. In 2015, Trudeau Jr. came along and pronounced Canada a nation with “no core identity” period.

Where was democratic process within these nation-changing decisions? Nowhere– that’s where. No public approval. No referendum. Nothing but father and son Trudeau. As a result, one single family altered the fundamental identity of our nation–and media has said not one word of criticism throughout the entire trans-formation.

The truth is, Justin is even more autocratic than Pierre. He is a globalist ideologue hell-bent on transforming Canada from democracy to dictatorship. The  political model to achieve this is the communist government of China. Father Pierre was the first western political leader in history to establish diplomatic ties with the Trudeau Dynasty’s favourite nation.

One sign of nascent sign of the advent of communism is found when government control media.  Justin accomplished this with a series of giant payouts to Canadian media organizations– as long as they adhere to the narrative our illiberal government demand.

Freedom and democracy are the cornerstones of democratic nations, and Canada was to be no different. Yet, incredibly, our nation was thrown off its political axis by one specific Canadian family.

Incidentally, brother Alexandre glorifies both China and Iran in documentary films and books. When Fidel Castro passed away, brother “Sascha” spoke publicly about the despot, telling the world what a giant of a man he was. That makes three of them–all firmly dedicated communist, autocratic nations and their political leaders.

And a complicit media went and covered up the entire affair.

1 thought on “Are Pierre & Justin Trudeau A Tag-Team For The DEMISE Of Democracy In Canada?”