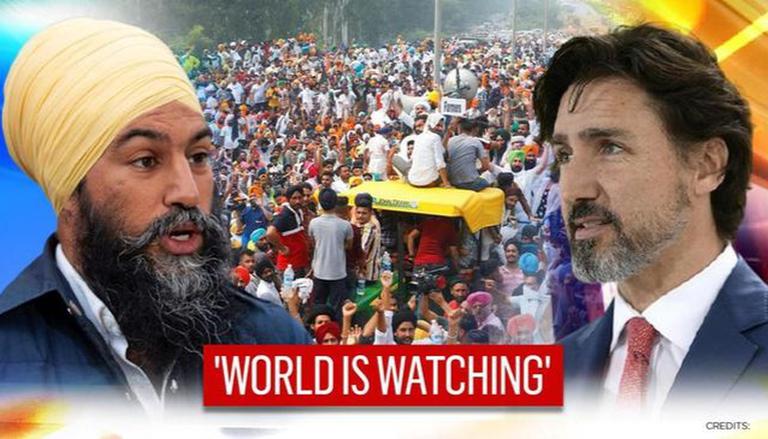 To some degree, media output can be divided into two categories: that which is based on fact, and what is based on opinion. The latter is often presented as editorial opinion, more commonly known as “Op-Ed” articles.

This is one of them. Cultural Action Party cannot answer the question as to whether Canadian media are controlled by non-Canadians.  When we say “controlled” we are also referring to ownership.

The story is relatively clear regarding CBC Corporation. Many Canadians realize they are a state-funded media company. As such, they recognize their bias toward Canadian liberalism, as well as our ruling Liberal government.

As for private corporate media, we have to wonder what the heck happened. Millions of recent arrivals may not be aware of it, but there was a time when media delivered reasonably objective news reporting. This being said, a small “l” and large “L” bias toward liberalism has existed for decades.

But it was never like it is under Canada’s quasi-dictator Justin Trudeau. Signs of transition to bias and subjectivity are obvious. The morphing of media is so extreme that it is fairly described as propaganda.

Recurring themes are ever-present. Globalism is good. Immigration is the lifeline of our nation. If a person stands opposed, they are a racist. Conservatism is branded as bigotry.

Pro-Life citizens are fanatics, Christianity is bad news. Media have become wholly selective regarding religion. Sikhism and Islam are in vogue, while the Christian church is a hater of First Nations communities.

Getting all this down? Perhaps there is no need. The degree to which this narrative is burrowed into the brains of Canadians is beyond the pale.

Extrapolating from this, CAP pose a simple question:

Why would it be that Canadian-controlled media would promote a virulently anti-Canadian belief system? Pray-tell– does China bash their society in this manner. How about Iran or Saudi Arabia? Has the government of Pakistan unfurled a comprehensive program of self-loathing throughout society?

What is wrong with Canada? Why would a composite of Canadian media owners run down their country in this manner? Can an answer is found in a simple concept:

Canadian media are not owned or controlled by Canadians. Does this not serve as a logical explanation? Let us reinforce the theory. News consumers will have noticed a particular trend within the press, best described as “uniformity.”

Using the Truckers Protest as a baseline, we note how Canada’s CBC and and CNN in the United States are aligned in messaging: the whole thing is the fault of working class racist Canadians.

If media presentation transcends borders, then why can’t ownership?  We note a consistency. Leftist media outlets are all telling the same story. The messaging is globalist in nature. There’s a term we have heard before–globalism.

Rumours abound as to the identity of these shadowy characters. The main one being billionaire media mogul and Open Society Foundation chairman George Soros. Rumoured to own hundreds of media publications in Canada, it makes sense that his business conglomerate may be the source.

Naturally, CAP cannot confirm such a thing. What we will do is point to an incongruous condition within society: our media promote a hatred of our country.

This is what you call “bad news.” It suggests coercion, manipulation and subterfuge. The outcome is non-organic in nature. Therefore, chances are high that it is sourced from beyond our borders.

Has a transition occurred over the decades that remains wholly unrecognised? CAP can’t confirm it, but given our present social chaos, we sure as heck would never deny it.

15 thoughts on “Are Media In Canada Actually Owned By Canadians?”