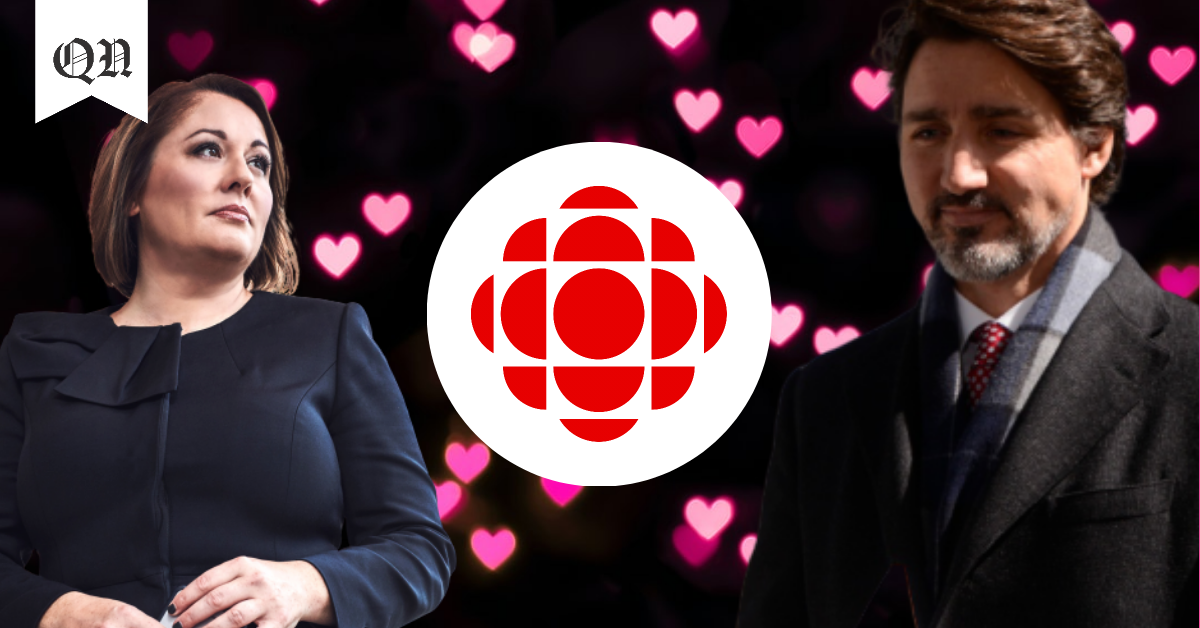 The “state of Canadian journalism is terrible,” a former CBC executive testified at a Commons heritage committee this month. Legacy media are “memories of what they used to be” despite federal subsidies, MPs were told.

Despite federal subsidies? Common sense Canadians have to wonder. Has the downfall of quality media reporting in our country occurred in spite of Liberal government grants? Or rather, could media degeneration in Canada be the result of the subsidies? It should be no surprise that CAP go with the latter.

Former CBC News executive Sue Gardner was questioned this week before a House of Commons committee regarding her attitude toward mainstream Canadian media.

“I’d like to ask you about the state of journalism in this country as you see it,” asked MP Kevin Waugh (CPC-Saskatoon-Grasswood, SK).

If truth be told(it won’t be), a fundamental reason for legacy media’s conversion to a socialist propaganda unit would be well understood. Simply put, Trudeau has “purchased” media for his personal benefit.

What transpired is to a large degree a closely-guarded secret. Trudeau’s Liberal have taken a page from media in China, bringing the press on board to obscure Canada’s slide from democracy to neo-dictatorship.

Has anyone else noticed a simple fact? No matter what Trudeau does, he remains a contender in the polls. No matter the damage to the economy, family debt, taxation and inflation, Trudeau remains infallible.

Somehow, this aberration of a prime minister transcends all scandal to emerge unscathed. The dynamic is directly cut from the cloth of the world of historical dictators.

“I was a journalist in Canada for ten years working in radio, television and online,” said Sue Gardner, visiting professor at McGill University’s Max Bell School of Public Policy.

“I used to run CBC.ca. I had lived outside Canada for 11 years and I returned about a year and a half ago,” said Gardner, who left Canadian Broadcasting Corporation management in 2007. The Globe & Mail is a brochure now. The institutions are hollowed out versions of their former selves.”

Why is this? Media are funded by government; they won’t go there. Even some alternate media types will not broach the subject. But CAP will, like this:

It’s the reason they are all-over Ramadan celebrations and Pride Parades. As for Old Stock citizens of the non-snowflake variety, it is a shrinking market. Not only for media viewers, but for Canada’s Anglo-European communities, which over the coming decades will be dwarfed by 3rd World intake.

Internet Censorship Bill C-18 “threatens the efficiency of news retrieval on the internet and the ability of Canadians to access news content,” testified Philip Palmer, president of the Internet Society Canada Chapter.

Sensible citizens know what this means–it is certain to be implemented by the Trudeau government.

What a wicked game this Trudeau person plays. After ruining  media, the Liberals intend to decimate the internet for Canadian citizens. Seems everything our communist PM touches eventually becomes tainted with neo-socialism.

“Department of Canadian Heritage data show CBC.ca as the largest free news website in Canada would be the biggest beneficiary of Bill C-18.”

Oh, my goodness. What a shock this is. How much more can Canadians stand of self-serving smugness of Trudeau and his quazi-communist Liberal Cabinet?

The answer, unfortunately, is more– much more. Pourquoi? Because as patriotic citizens, we have no vehicle to fight back? Let us name one instance when public opinion came to overrule federal government policy.

It never happens. As such, Tem Trudeau has a stranglehold on Canadian society. Much of it due to media manipulation from the PMO. It all sounds, well, so very authoritarian. Which is exactly where Canada is headed as long as Justin Trudeau remains prime minister.

Independent media can cry till the cows come home on an Alberta Beef farm. Nothing will change. Call us nihilistic, but we believe alternate media in Canada will be lucky to survive intact. The Liberal want them gone, and it could well happen. Of course, the same could be said regarding Cultural Action Party.

As with communist governments of history, Canada’s transition to an authoritarian state is rolled-out in piecemeal fashion. Too much all at once will alarm the general public. Therefore, the conversion moves forward incrementally.

If Trudeau didn’t own establishment media, perhaps one of them would tell us what is really going on. As a former journalist, CBC executive Sue Gardner is doing just that.

Her message will never penetrate the mainstream. Canada’s conversion from democracy to dictatorship continues unabated.