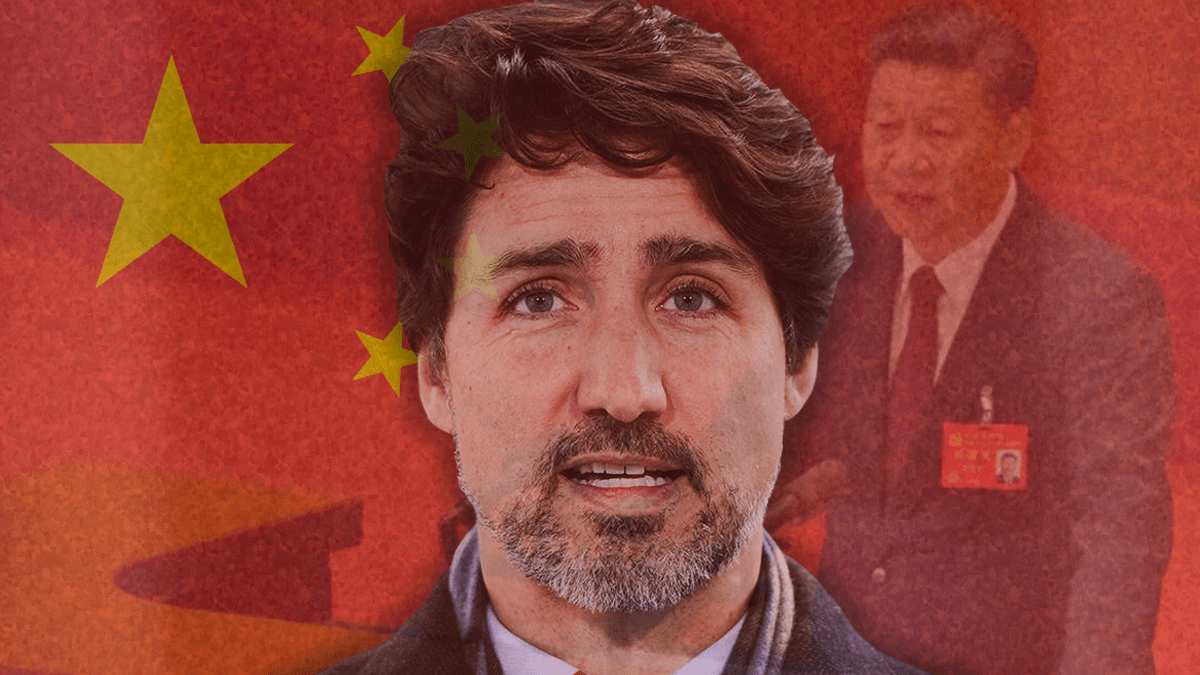 As an initial roll-out, Canadian diplomats are now being trained according to the dictates of Critical Race Theory, a policy recently endorsed by the Trudeau government.

As a result of a freedom of information request, the Toronto Sun has obtained a copy of the training materials  being used within Global Affairs Canada.

In these government-authorized materials on racism, the term “Whiteness” is defined as “specific dimensions of racism that serves to elevate white people over people of colour.”

Let Cultural Action Party lay it on the line: in our opinion, the training material may well constitute a breach of “hate laws”– specifically, section 3.19 of the Canadian Criminal Code. It certainly qualifies as a  breach of Canada’s Charter of Rights and Freedoms.

Now for the bad news– within Justin Trudeau’s Canada, this makes not one iota of difference. What to glean from such a situation?

CAP go straight for the jugular: it means that the rule of law is now secondary to the will of government. In China, this is called “communism.” In 2021 Canada, government and media call this “multiculturalism.”

What is the fundamental tenet of “diversity” policy in Canada? This would be equality for all communities–regardless of race, ethnicity or religion. Degree to which government-approved “critical race theory” adheres to these standards? Try no degree whatsoever.

Extent to which CBC, CTV, Globe & Mail and Toronto Star will point out the hypocrisy inherent in critical race theory? This will be nothing at all. Extent to which any form of pushback will occur regarding the post-modern prejudice referred to as  “Whiteness?” Zero percent is your answer.

My, my–how our country has changed since Justin Trudeau was appointed “supreme leader” of Canada.

Within the materials, characteristics of White Supremacy culture are described  as: “objectivity, individualism, perfectionism, a sense of urgency, and either/or thinking.”

Not too broad a definition, eh? Can this not encapsulate any darn thing the Anglo-bashers choose? Of course it can.

Fellow “Old Stock” Canadians– welcome to the doghouse of society. CAP predicted five years ago the election of Justin Trudeau would bring this to Canada. In 2021, we see that we are correct.

As it happens, Cultural Action Party has coined a term for Anglo-Canada’s new status within society. This we call “Second Nations Canada”— the new social standard for white Canadians as advanced by government, media, and academia.

Here’s a real work of art– “participants in this training, offered up by Global Affairs Canada, are told to question the very name of our country.”

My, my- how beautifully this plays into CAP theory. In related matters, anyone else notice how rarely we hear our national anthem these days? Has “Oh, Canada” not been transformed into something of relic? Add to this the flag of our nation–also becoming more scarce as time passes.

Now we find out that Canadians receiving Critical Race Theory are being instructed to question the name of our country. Transformation time, anyone?

Frankly, CAP never knew how ahead-of-the-game we were going to be. From the moment Trudeau took control, we stated that English Canada was ear-marked for dinosaur-like extinction.

We also advocated that Anglophone Canadians would be transformed into a vilified community. Further, we stated that George Orwell’s vision of communist takeover was soon to arrive upon Canadian soil.

Now, our readers can witness the truth in this. In his seminal novel “1984,” Orwell wrote of the concept of “Newspeak.”

“Don’t you see that the whole aim of Newspeak is to narrow the range of thought?  Every concept that can ever be needed will be expressed by exactly one word, with its meaning rigidly defined and all its subsidiary meanings rubbed out and forgotten.”

Such as it is with the term “Whiteness.” Nothing to do with the whiteness of socks when they come out of the dryer, or the tone of colour used to paint the walls of condominiums.

No– according to government, whiteness is racism. Under the Trudeau regime,  Canadian values are a mere remnant of what they once were. The ideology uniting our citizenship is today one of collective self-loathing.

Most Old Stock citizens know well and good that Canada was not always this way. Then came Prime Minister Pierre Trudeau, and his personal animus toward English Canada. To be followed forty years later by narcissist Justin Trudeau, and the elevation his ego through his put-down of Canadian society.

Another beauty from the anti-Racism manual: the definition of Privilege:

“Unearned social power accorded by the formal and informal institutions of society accorded to ALL members of a group(white privilege, male privilege).”

Guess what, fellow Canadians— turns out the achievements made by Anglophones are unearned. Sir John A. MacDonald’s uniting of our nation by railroad from coast to coast–unearned.

Ex-Prime Minister John Diefenbaker’s Bill of Rights in 1960? The old man was a Presbyterian. Therefore, his accomplishments are unearned.

Such dangerous foolishness all this is. Yet, this is now the standard of society. Anglophone-Canadians are being morphed into second class citizens. We are today a maligned community who never earned our place within society.

So where is Anti-Anglophone “Critical Race Theory” headed from here? The incremental nature of Great Reset dissemination suggests the next stop will be the Canadian public school system.

Imagine, if you will, your very white child sitting at his desk while teacher in forms the class that “whiteness” means racism. Does the sound like an application of Canadian values to you?

No, it does not. Try communism, and from the take a left-hand turn into totalitarianism.