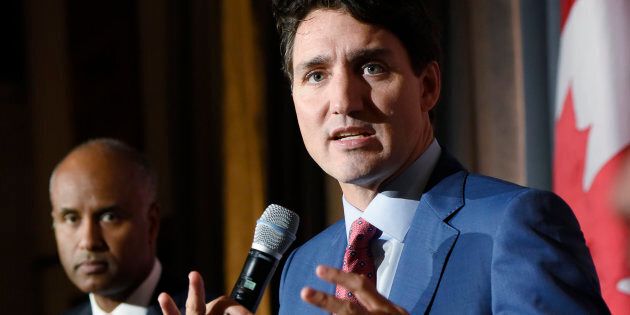 It’s an odd feeling to believe one has founded something unique— in addition to being truly post-modern. We speak of a social innovation — an unprecedented founding of a socio-political movement in Canada.

Not that the messaging has permeated our general citizenship. For the record, CAP has  never made even one dollar in profit. Rather, the point is that we believe our political party has innovated a unique development within Canadian society.

This can be referred to as “Anglophone-Canadian” activism– the advancement of civil rights for Canadians of Anglophone, Francophone, and other Canadians of  European heritage.

When CAP first began to espouse these ideas, we were met with— no surprise—virulent accusations of racism and bigotry.

We immediately recognized the hypocrisy of our critics. Multicultural advocacy has granted social privilege toward Canada’s 3rd World communities.

Pride in 3rd World identity, religion, culture and language has been socially acceptable since PET’s unilateral enforcement of “diversity” politics in the early 1970’s. Doing the same for European-Canadians is branded racism.

Extent to which mainstream media has pointed out the hypocrisy inherent in so-called diversity ideology? It equals a total of nothing.

From an historical point of view, it is easy to understand why Anglophone Canadians fell behind in the prototype “woke globalist agenda” Pierre Trudeau forced upon our country.

When multiculturalism began in the early 1970’s, there was no reason for Anglo-Canada to organize based on community identity. In the year 1965, these folks comprised 95% of our population. Until Pierre Trudeau came along and changed migration policy, 95% of immigrants to Canada came from Europe.

Pierre Trudeau cancelled this without a shred of buy-in from the Canadian people. Fast-forward to the era of PM Justin Trudeau, and Anglophone Canada is a shrinking demographic headed toward minority community status in Canada.

Statistics Canada recently released demographic information which speaks to the future of our nation. Based on demography, immigration policy will transition white Canadians to a minority population within three decades.

As a result, CAP did one thing that legacy media refuse to do regarding the demographic trajectory of our nation— we thought ahead.

What have we visualized? How about…the day when Anglo-Canadians transition to a minority community in need of the social activism currently accorded to “racialized” communities.

Anyone know what government and media label such thoughts? Same thing as what Canadian universities label it— they call it RACISM.

The majority of Old Stock citizens permit PM Justin Trudeau to successfully brand our people “bigots, “xenophobes” and the like. We can see the purpose in doing so: this way, human rights advocacy is exclusively held by Sikh, Muslim, Chinese and other “new arrival” communities.

In colloquial terms, this is referred to as “a rip-off.” Within an authentically pluralist society ingrained with the diversity ethos, all communities must become part of the “multicultural banquet feast.” It is not the case, as Canadians of European heritage are excluded from Justin Trudeau’s diversity agenda.

Upon Which Media Overlook The Most Relevant Issue Of All:

Pierre Trudeau’s Charter of Rights and Freedoms(1982). One will not hear it from government or media, yet a salient fact exists:

Charter Rights can be applied to Anglophone Canadians every bit as much as they apply to 3rd World communities. Hands up those who have even once witnessed this expressed by media. It has never happened, and there is good reason for it.

Since its inception in1982, Pierre Trudeau’s Charter has transitioned to a  political weapon to disempower Anglophones. For the past 40 years, Canada’s “multicultural” industry have leveraged the Charter to disparage and marginalize Old Stock Canada. In doing so, they have been wildly successful.

We pose a question: within contemporary society, which person is most responsible for the ebb and flow of the sinking of English Canada?

CAP will go first: the answer is Justin Trudeau. Is this fellow an Anglophone-Canadian? Was his father? No and no.

Witness as our communities arrive at a conundrum. When we attempt to develop community pride in the same manner as 3rd World Canada, we are branded by government-media as bigoted racists.

This informs CAP that our communities are under attack. Multiculturalism in Canada is not a policy or ideology so much as it is a weapon of assault. CBC bury all of this, as they have done since the day this “reverse-racist” policy was forced upon society.

What a trap it is– a veritable a “lose-lose” situation for our people. This is the real Canada of Justin Trudeau and his Liberal Cabinet of half-citizens, ethno-centrics and neo-communists.

Justin Trudeau’s immigration policies will ensure Anglo-Canadians transition to a minority community within a generation. As years pass, Anglo-Advocacy will become essential to the maintenance of our communities.

Upon which we pick holes in Trudeau’s concept of “progressive” politics. If the Feds were truly progressive, they would acknowledge a basic fact:

We ponder this for a moment. When the time arrives in 30-40 years, will minority rights suddenly transition to white Canadians? For CAP, it’s the question of a lifetime. For Toronto Star and National Post, it means nothing.

It is here we uncover what we call the “Great Globalist Trap.” Over the course of seven years in office, Justin Trudeau has successfully corralled “Old Stock” Canadians into a designation as hateful bigots. Will this change upon our transition to a minority community?

If readers believe so, we have a bridge to sell you called the “Lion’s Gate” in Vancouver. Mark our words–it will never happen.

Have you heard the news, fellow patriots? Vancouver has just transitioned to a minority Anglophone city. Over the next two decades, other major urban centres are certain to follow suit.

Justin Trudeau has set-up Anglophone Canada to be the “fall guy” of Canadian society. Institutional Canada– government, media, academia, corporations– have been advancing the phenomenon for decades.

If our communities do not recognize these phenomena, and push-back accordingly, one day English Canada as it is known will fall.

These are the reasons why Cultural Action Party advocate for the same rights as, let’s say, Muslim and Sikh Canadians. It has nothing to do with superiority, and everything to do with what 3rd World Canada is so concerned with:

The fine art of cultural preservation.