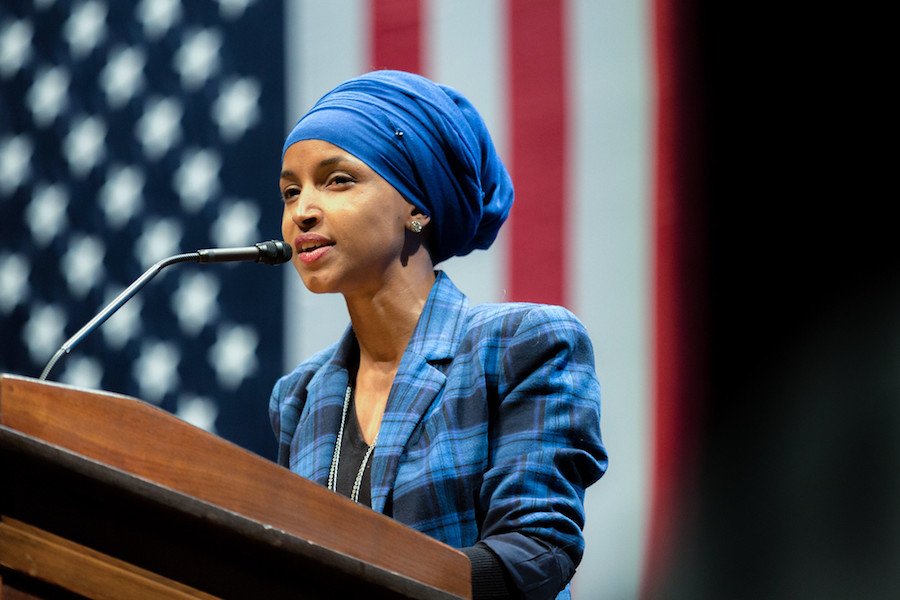 In a mimicking of German, Swedish and other western European nations, the United States now has its very first Muslim Patrol. Don’t worry, say advocates, they are unarmed and have no legal authority.

True–for the present. Why is it government officials within western democracies share an inability to comprehend incremental advances of institutionalized Islamic practices within their nations?

There is now a  Sharia patrol in Brooklyn. In ten years, there may be one in every major American city. Fifteen years from now, with good behaviour, they could become armed. How blind can Democrats in the USA be? A proper Canadian response would be– just as blind as the Liberal government and their snowflake followers within our nation– blind as a bat.

For racists such as Democratic Senator Ihlam Omar, incremental advancement are key to a larger agenda– – an entrenchment of Islamic practices within western societies. Sharia courts(already prominent in Britain, Germany and Sweden). Halal industry entrenchment–billions of dollars flow to Islamic organizations, some of them militant.

Now, we have the Sharia Patrol phenomenon. Ostensibly do-gooders working in harmony with law enforcement to stamp out so-called “Islamophobia,” one can bet  they will extend their influence beyond established parameters. Will they start to patrol the streets looking for Muslims who violate Sharia Law? Whatever they do, the result is an empowerment of Islam in America. Organized power– and a leverage point with potential for NATION-WIDE replication.

As America continues along a globalist path toward toward the institutionalization of 6th century religious practices–in spite of  Donald Trump–Canada is not much better off. In fact, Canada is more susceptible to Sharia entrenchment than the United States. We have a Sharia-compliant prime minister. We also have a religious supremacist, Ahmed Hussen,  as immigration minister. Canada has M103, a legal motion protecting Islamic ideologies  from condemnation.

All of which equal trouble. Not from Muslim families, but from our government. Not from an Arab fellow working at a grocery store, but from powerful ethnocentric members of parliament. Ironically, no Canadian is more responsible for the expansion than so-called Catholic French Canadian, Justin Trudeau. How long before an institutionalized Sharia Patrol is established upon Canadian soil? In fact, it may already be here. The manner in which mainstream media cover-up such developments would  not rule this out in any manner.