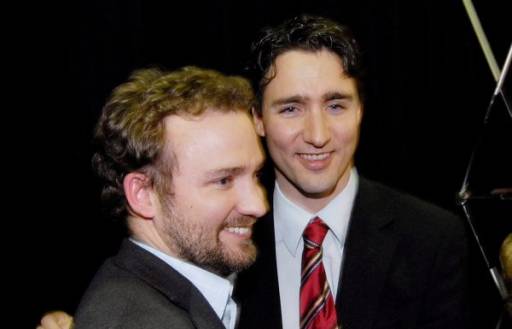 In the opinion of Cultural Action Party of Canada, the Trudeau family do not like English Canada. Clinging to the colonialism narrative, all three of the male members of the Trudeau clan–Justin, Alexandre and Pierre before them have maintained an animus toward Canadian heritage.

Younger brother Alexandre,  known by the nickname “Sascha,” spends his time writing books and making films glorifying China, Cuba and Islam. Alexandre also claims to dislike nationalism. That is, within Canada and other western nations. Curiously, he has not a word to say against fervent nationalism within his family’s communist hero-nations.

What a hypocrite. Then again, hypocrisy is intrinsic to the Trudeau thought process–not to mention the thinking of snowflake liberal Canadians.

Trudeau’s latest film  Wiisgaapte is based on the legend of the Windigo that recurs in Ojibwe, Algonquin and other Indigenous cultures.

Of the film, Alexandre says:

“I think I understand the context of cultural appropriation. Taking away territory, taking away the ability to live in a traditional manner, which is part of the cataclysm that hit Canadian and North American Indigenous peoples after the arrival of European settlers.”

What a true Trudeau he is.  Of the murder of tens of millions of Chinese by way of Chairman Mao during China’s Cultural Revolution,  Alexandre has not a word to say. Islamic terrorism resulting in the murder of thousands of innocent civilians? Total silence. Regarding Fidel Castro’s despotic rule of Cuba–again nothing. In fact, upon the death of Castro, Alexandre issued a public statement praising Fidel to the high hills. He was a “giant of a man” both physically and mentally.

In other words, dedication to non-democratic regimes. But as for English Canada?  Evil, awful, oppressive, racist, bigoted and the rest. 100% pure Trudeau propaganda, which he learned from the best– father Pierre Trudeau.

That the Trudeau family gained an ability to control of the destiny of Canada is the biggest tragedy in our nation’s history. In fact, it has the potential to destroy our country by way of a term near and dear to the heart of the Trudeau’s- cultural appropriation.

Cultural appropriation is the act of adopting elements of an outside, often minority culture, including knowledge, practices, and symbols, without understanding or respecting the original culture and context. This in a nutshell is what is occurring by way of political correctness in Canada. This is Alexandre, and big brother Justin.

It is one thing to lack respect for your country.  It is another to attack your own country, run down its history, as well as the descendants of those who founded our nation.  An incredible irony exists in the fact that the most politically influential Canadian family of the modern era also happen to despise the identity and heritage of our nation. Talk about self-defeating!

Of course, the entire rise of post- Pierre Liberalism in Canada is one giant measure of self-hatred. The trend is perpetrated by a three-headed hydra of  national destruction: government, media and academia. Together, these institutions have morphed Canada into a model of national self-flagellation.

Conveniently, media have omitted what brother “Sascha” has been up to for the past three decades. This helps  maintain the illusion that Alex Trudeau is dedicated to our nation. Like big brother Justin, he is dedicated to all nations other than Canada.