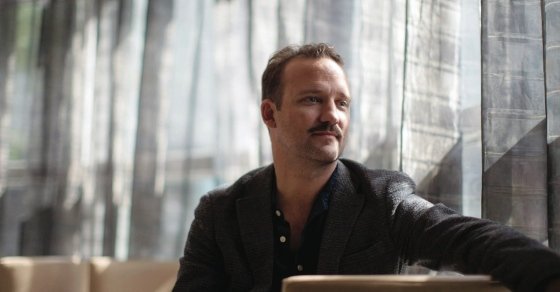 The second of three children born to Pierre and Margaret Trudeau during Pierre’s term in office, “Sacha” Trudeau was a media sensation, just like his brothers, when he was born.

Alexandre Trudeau graduated with a philosophy degree from McGill University. He was named after Alexander Yakovlev, and thus given the nickname “Sacha” (the Russian diminutive of Alexander). Yakovlev was the Soviet Union’s ambassador to Canada in the 1970’s.

When Pierre Trudeau died in 2000, both Alexandre Trudeau and his older brother Justin Trudeau returned to the public eye. Although Alexandre was visibly more reserved and quiet than his brother, his heightened public profile brought new attention to his work as a journalist.

In the next few years, he produced documentaries for Canadian television. Alexandre Trudeau became controversial among Canadian conservatives in August 2006 for an article he penned in support of Communism and Fidel Castro’s Cuba. Additionally, Mr. Trudeau worked as a filmmaker for the government of Iran, producing a pro-fundamentalist film financed by the Iranian government.

In 2003, he was one of the highest-profile Canadian journalists covering the 2003 invasion of Iraq, producing a 60-minute documentary film for the CTV program W5, “Embedded in Baghdad.”

Trudeau is also a director of Canada World Youth, and of the Trudeau Foundation. In June 2005, Alex Trudeau focused attention on the implication for civil liberties in the Canadian government’s use of security certificates to detain indefinitely, without trial, suspected[ISIS] terrorists based on secret evidence.

Alexandre Trudeau  offered to be a “surety” for Hassan Almrei, a Syrian refugee held in a Canadian jail for four years without any charges being laid. Trudeau’s appearance in court in support of Almrei resulted in front page coverage in the Toronto Star and National Post.

WORKING FOR THE “OTHER”: Justin Trudeau Sells Off ALL CANADIAN GOLD, Selling Gold Industry To China

Media within Canada have for decades hidden awaythe communist and fundamentalist religious support which the brother of Canada’s current Prime Minister, Justin Trudeau, has delivered for the past three decades as a dedicated purveyor of Communism, Fidel Castro, China, Iran, ISIS terrorism, and other aspects antithetical  to freedom and democracy in Canada.

Said Alexandre Trudeau’s wife Zoe Bedos-– a lady of which very little is known about her personal background and heritage:

“Criticism is part of everyday life, and you can’t be loved by everyone, but I’m someone who loves people and so I have a difficult time understanding why people would hate us, especially knowing the man I am with, his integrity and his values.”

CAP has a reputation for being direct and to-the-point in matters of this nature: we think Alexandre Trudeau’s “values” are awful-– including his so-called “personal integrity.” We have followed the machinations of “Sascha” Trudeau for decades, and we have never heard the brother of our prime minister utter a positive statement regarding our country.

A chip off the old block, indeed.